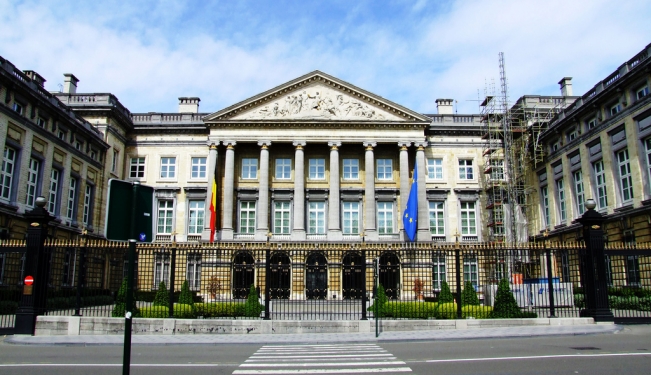 Belgium’s political divisions, a result of nationalist rivalry between the Flemish and Walloons, have hurt its fiscal cohesion, and raised questions about its ability to sustain its debt which reached near 100% GDP; however, Belgium is far from reaching the economic instability of the PIIGS.

There is a new candidate to the European PIIGS. One which has none of the dolce vita charm of its southern peers, but which has displayed an equally gregarious ability to overspend. Belgium, despite beating growth and unemployment forecasts in 2011 and achieving a positive current account balance for most of the past decade, has caused great agitation among rating agencies. The country’s deep political paralysis calls into question the country’s ability to sustain its high level of debt, nearing 100% GDP. Next to jeopardizing the implementation of cautioned austerity measures, Belgium’s political stalemate has raised the specter of a complete dissolution of the state – and of its federal debt as well.

Circling back to March 2011, Belgium is a ‘stateless state’, unable to form a government since more than 273 days. It ranks barely second to Iraq, which holds the world record with 289 days without a government. Since the elections in June 2010, Belgium has been under the symbolic leadership of its King, without elected leadership or federal budget. The political gridlock is severe, as it echoes a cultural, linguistic and economic divide. In the north of Belgium, the Flemings, who constitute just over half of the Belgian population, elected a right-wing separatist party by an overwhelming majority. In the south, the Francophone Walloons cast their votes with a Socialist platform.

Such opposition of Belgium’s predominant cultural and linguistic groups is not new. Much of the history of modern Belgium consists of the struggle between Flemings and Walloons to gain equal status for their language, and to acquire a fair share of political influence and economic opportunity. Although Belgian society was first largely dominated by Wallonia in the 19th and early 20th centuries, the Flemings were successful in obtaining legislation to further their aims, and have become the dominant economic force in the country since the end of World War II.

Over time the quest for equality on either side of the language frontier has grown into one for regional independence. The outcome is a Byzantine political structure in a country of less than 11mn. Today Belgium has three official languages, four regional administrations, six parliaments, and a multitude of ministers. The country’s decision-making capacity crumbles under the weight of its political apparatus and its vested interests.

One area where Flemish and Walloon interests have strongly conflicted over the past few months is the ‘loi de financement,’ a mechanism that regulates financial transfers between the Flemish, Walloon and Brussels-Capital regions. Flanders and Wallonia have their own budgets, largely funded by regional taxes and topped up by a federal transfer. This transfer is proportional to each region’s economic performance, with an additional ‘bonus’ from the federal state granted to the less prosperous region. The Flemish region makes by far the biggest contribution (57.5%) to the Belgian economy, against 23.6% from Wallonia and 18.6% from the capital, Brussels. According to the socialist discourse, maintaining this mechanism is a key element in preventing the decoupling of Flemish and Walloon economies. The Flemish N-VA has pledged to end these transfers, as a key element of of its separatist programme is to achieve full fiscal independence. As the debate intensifies, holders of sovereign paper worry that fiscal separation may lead to a division of the federal debt as well.

Yet Belgium’s creditors need not be overly concerned. There are at least three reasons why the Belgian bond will survive the day. In the short run, in spite of the lack of progress on an austerity package, Belgium’s economic performance has been better than expected. In December 2010, the National Bank of Belgium raised growth forecasts from 0.8 to 2.1% for 2011, and projected a steady growth rate of 1.8% for 2012. The country’s deficit is expected to remain at 4.8% GDP this year, and shrink to 4.7% in 2012 – lower than the European average deficit. And debt forecasts were reviewed downwards to 99.8% GDP for next year. Overall, Belgium has enjoyed higher growth and lower fiscal deficits than the European average.

Second, there is currently no discussion about splitting the federal debt along with fiscal regionalization. It is true that, were it to be suddenly cut loose, Wallonia would struggle to sustain even half of Belgium’s current level of liabilities. However, like in a divorce, it is easier to divide the riches than it is to divide the dues, for which no one likes to keep receipts. In Belgium, debt is recorded federally, and the individual regions cannot easily prove what is or isn’t theirs. So far the good news is that there is no solution and little thought on how to begin to address this issue.

Last but not least, it is not clear if there is a lawful way of switching gears between increased federalization and complete separation of the regions. If anything, dissolving what remains of the Belgian federal structures will take time. Between Belgium’s cursed layers of institutional checks and balances lies a strongly embedded process of consensual and painstakingly slow decision-making that no actor can bypass. The Belgian Constitutional Court does not provide guidance to facilitate the process, and on a European level treaties explicitly condemn the amendment of frontiers within the EU.

Belgium’s case for joining the PIIGS of the bond market is, under closer scrutiny, a poor one. Yet Belgium’s identity issues still matter, and not to Belgians alone. The difficulty inbridging the gap between the interests of two geographically close but linguistically and economically different communities is very pertinent on a European level. It raises the question of whether the EU’s model of governance can effectively coordinate its people’s multiple interests into swift and bold decisions. Belgium is the heart of Europe not only in geography, but also in its institutional mapping. The values of consensus, the habit of reaching decisions on the lowest common denominator are characteristic of both. It is thus hardly surprising that Europe chose the Belgian ex-Premier Herman Van Rompuy to assume the EU’s first long-term presidency.

The economic crisis is an external shock that has tested the limits of both Europe and Belgium’s political structures. Clearly, institutional change is needed in order to move forward. But the path towards redefining a common destiny still exists, even without patriotism. Europe’s people are already irrevocably linked by history, geography, and years of political and economic decisions that have resulted in deep trade dependence. In this context, just a little more human solidarity may suffice.
The views expressed in this article are the author's own and do not necessarily reflect Fair Observer’s editorial policy.