Despite struggling with its identity, the Armenian community in Italy enjoys centuries-old ties with Italians.

My next destination was determined. I arrived in Milan in January 2013, right after Catholic Christmas and the New Year. Since Apostolic Armenians around the world celebrate Christmas on January 6, I joined the community for the festive holiday.

After carefully following directions, I arrived where Armenians of Milan and the surrounding cities gathered to celebrate Christmas together. The altar was carefully decorated and people in the church were beautifully dressed, ready for the holiday just like in other Armenian communities. I had the chance to exchange a few words with community members and the priest, who warmly welcomed me.

These Italian-Armenians seemed very friendly and curious. They even adopted the lively mode of Italian hand-speaking gestures. The fact of being in a charming country like Italy, the beautiful atmosphere of the church, and the familiar religious paintings and writings made me feel at home. I was convinced the Armenian Church in Milan would become one of my favorite places in the city.

During the 6th and 8th centuries, many Armenians migrated to Italy. But the first Armenian communities were officially established much later, in the 12th and 13th centuries, when active trade was developed between the Armenian Cilician Kingdom and the big city republics of the Italian peninsula such as Genoa, Venice and Pisa. Since trade was a lucrative industry, Italian and Armenian merchants played a key role in sustaining Italian-Armenian ties. Armenian merchants in Florence would gather and tell stories about Armenia, the first nation in the world that adopted Christianity as a state religion in 301 AD.

Among the attentive and curious listeners was Leonardo da Vinci who, upon being impressed by stories of Armenian merchants, decided to visit Cilicia and recorded his impressions about Armenia and its people in his notebook. Although several Italian art historians argue that da Vinci’s vision was the result of his imagination, Josef Strzygowski states that da Vinci visited Armenia. Da Vinci’s geographic and historical descriptions of Armenia in his Codex Atlanticus were precise, meaning it is likely he traveled there.

The fact of living in a Christian country has its positive and negative impacts on a community that strives to maintain its identity. Interestingly, keeping the Armenian identity, which is mainly associated with Christianity, is easier in the Middle East where the major religion is Islam. The religious differences in the region help preserve Armenian identity.

Throughout this time, Armenians felt welcome in Italy. In the early 18th century, the Armenian monastic congregation of the Mechitarists was founded in Venice, on St Lazarus Island. When Napoleon conquered Venice, and eventually closed all of its religious institutions and the lagoon, he made an exception for this monastery, as he valued the cultural heritage of the island so much that the congregation was declared an academic institution. St Lazarus Island was not subjected to any kind of confiscation. The famous monastery, with its rich library, manuscripts depository and publishing house, and where Lord Byron studied Armenian, is considered to be the most relevant center of Armenian cultural heritage in Europe.

Another significant monastery is St Gregory of Armenia, which is located in the historical center of Naples. The 16th century Baroque-style monastery is one of the main city attractions along with its Via San Gregorio Street, which is famous for Christmas shops.

Years down the line, the number of Armenians in Italy slowly increased, with survivors of the Armenian genocide seeking refuge in the country. Over time, Armenians built over 40 churches across Italy. It is unsurprising that the first Armenian-printed books were published in Venice in 1512. Additionally, the Armenian college, which was named after Moorat Raphael, was founded in Venice in 1836, where many generations of the cultural and political elite were educated over the last two centuries. Currently, the college is still standing, but it is inactive.

Today, Armenians in Italy are concentrated mainly in Venice, Rome and Milan, where the central Armenian Apostolic Church is located. The community is not purely Italian-Armenian; many people come from the Levant and directly from Armenia. The new and old communities in Italy are noticeable when you meet more Armenians from around the world than traditional Italian-Armenians. In total, Italy is home to around 3,000 Armenians. There are many entrepreneurs, traders, intellectuals, artists and craftsmen among them.

The fact of living in a Christian country has its positive and negative impacts on a community that strives to maintain its identity. Interestingly, keeping the Armenian identity, which is mainly associated with Christianity, is easier in the Middle East where the major religion is Islam. The religious differences in the region help preserve Armenian identity. While in this case of Italy, the identical religious belief and the fact of not having Armenian schools lead to deep assimilation into Italian society, at the expense of Armenian culture. As a result, most Italian-Armenians have gradually lost their language.

The aforementioned churches built by Armenians in Italy remain intact, but only few of them officially belong to the community. The rest of them are under the control of the Holy See, which occasionally rents them out to foreign communities for holding their religious ceremonies.

It is challenging for the well-integrated Armenian community to preserve its identity in Italy, since the country is a large Christian nation and there are only few Armenians. Therefore, assimilation is a given, especially for younger generations that usually do not speak the Armenian language. On the other hand, many of them learn Armenian and are keen to discover more about their culture and feel proud to keep their identity, as argued by Father Tovma Khachatryan of the Armenian Apostolic Church in Italy. He also added that it is critical to remain Armenian and the first step toward that is to speak the language.

Despite not having an Armenian school in Italy, the community finds ways to maintain and transmit its heritage. Some community members voluntarily teach Armenian at churches and the cultural center in Milan. Several youth programs are organized from time to time by the Ministry of Diaspora in Armenia. The church takes pride in educating and interpreting the importance of being Armenian and keeping the nation’s identity.

The community enthusiastically marks Armenian holidays and important dates as these are the best gateway to bring all community members together. Armenians from all walks of life gather to celebrate festivals such as Christmas, St Sarkis and Lent. After the holy mass and spiritual enrichment, lavish food and heartwarming conversations conclude the holidays.

One may notice the significant importance that is given to Armenian youth in Milan. Here, young people actively join the Armenian mass every Sunday, participate and help in organizing special events and holidays, and assist in managing the community’s online journal. These young Armenians are mostly students who study in Milan. They are quite busy with their jobs and everyday lives, yet they always try to find time to dedicate to their culture and keep Armenian affairs running in a foreign country.

Some young Armenians I spoke to are very dynamic and creative art students, who constantly participate in exhibitions and events where they proudly present a piece of their country. They love living and studying in Italy and always try to combine their Italian experience with their own identity. The outcome is positive and promising in their own words. Armenian youth also appreciate all they have learned and experienced in Italy through its culture.

On April 24, the Armenian Genocide Remembrance Day, Italian senators discussed the need for international recognition of the genocide, and argued that Italians should be more aware of the historical tragedy. For this purpose, a special education program will be introduced in Italian schools.

Today, Italian-Armenian ties are as strong as ever. The bond between these two nations is growing and each of them have their own particular contribution to a centuries-old friendship, be it cultural, economic or political. 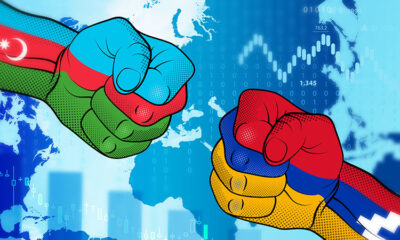 Iran and the “Frozen” Nagorno-Karabakh Conflict 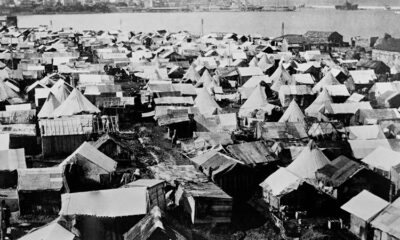