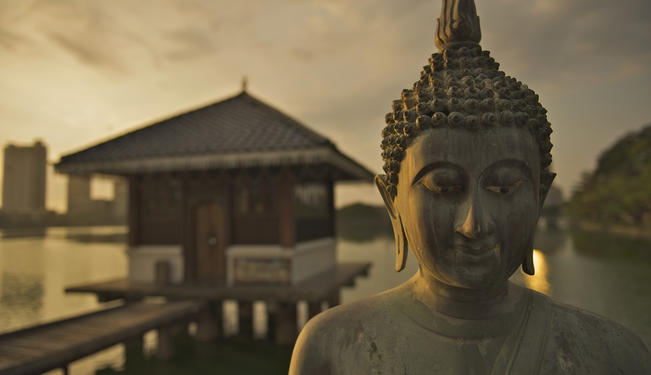 The ever stronger monastic politics in Sri Lanka is fast changing the rules of power in the tiny island nation.

Given the categorical departure of religion and politics, Theravada Buddhism in Sri Lanka maintains its apolitical entity and separation from the political sphere. Since the early 20th century, however, it has become impossible for scholars to ignore the intimate relationship between Buddhism and politics and the gradual politicization of Buddhism in Sri Lanka. The Buddhist monks’ active involvement in social politics presents different spectrums of modernized Buddhism and has puzzled observers and political analysts. In the mainstream media today, we  see monks organizing public demonstrations and political protests that can be categorically called monastic politics. With the rise of Buddhist monastic politics, protests, religious nationalism and Buddhist radicalism, Sinhala Buddhism is reinventing its political history of religion.

Walpola Rahula (1907–1997) and Gangodawila Soma Thero (1948-2003), among others, are the two notable Buddhist monks who have played roles in the formative development of monastic politics and the legitimation of monks entering political life, thereby creating a new Sri Lankan sociopolitical structure. Rahula had binary lives: as an internationally reputed Buddhist scholar-monk, and as a political protagonist and social activist. Monk Soma Thero was an extremely popular dhamma preacher and TV personality, but he too shared the vision that monks should enter politics to reform political systems in the country. Before his untimely death in Russia in 2003, he established many Buddhist temples for the Sri Lankan Buddhist diaspora in Australia. Mahinda Deegalle, a Harvard and Chicago trained historian of religion, argues that a fraction of monks, identified as the Jathika Helu Urumaya-monks, exploited Soma Thero’s death by spreading conspiracy theories and rumors about the event.

In 1974, Walpola Rahula published The Heritage of the Bhikkhu. The book called upon Buddhist monks to take more interest in social and political activism. Subsequently the degree of monks’ participation in national politics increased significantly and developed into extreme radicalism. By February 2004, the monks in Sri Lanka had their own political party called the Jathika Helu Urumaya (National Sinhala Heritage), from which, by 2012, it further advanced into more radical groups such as the Bodu Bala Sena (Army of the Buddha’s Power), the Ravana Balaya (Force of Ravana) and the Sinhala Ravaya. The Jathika Helu Urumaya (JHU) was established by a group of highly influential and politically motivated Buddhist monks. The political ideology of the JHU is based on Sinhalese Buddhist nationalism, cultural integrity, and ethnic identity, with Theravada Buddhism at the center. The progenitors of the JHU are followers of noted monks, Uduwe Dhammaloka Thero, Ellawela Medhananda Thero, Kolonnawe Sumangala Thero, Dr. Omalpe Sobhitha Thero, and Athuraliye Ratana Thero. They felt that power hungry politicians had betrayed their own people. Given their authoritative status , they argued that they had a moral obligation to rid the political process of corruption and abuse of power by entering politics.

In the first election it contested in April 2004, the JHU party won nine out of 225 seats at parliament. With success came the label of "monk-politicians" – a nomenclature that accentuated the contrast between their Buddhist philosophy of worldly abandons and their new political avatar. The concepts of preservation and protection of Buddhism and Sinhala nationhood as cultural hegemony, became political manifestos and active voices for the JHU monks. During the election campaigns, they effectively used the statement of "unethical conversions," which was a rhetorical religio-political agenda to deceive people and garner sympathy and votes. The idea of "unethical conversions" was extremely contagious and highly effective. JHU monks’ image of nonprofessional politicians ironically helped them win their nine seats. In the presidential election in 2005, the JHU party supported President Mahinda Rajapakse, thereby cementing its role in national politics. The emergence of the JHU as a distinctive political affiliation and the success of the JHU monks, had various results: it created a new political discourse led by monks; it underlined the symbolic unity of a Sinhala Buddhist nation; it also spawned controversies, and subsequently public ridicule.

A month before the 2004 elections, the JHU monks organized a massive march towards the Tooth Relic Temple, Kandy from Colombo. Thousands of Buddhist monks and their supporters participated, sharing the same mission of restoring the glorious past of the Sinhala Buddhist civilization and the state promotion of Buddhism. Buddhism became not only the tool for the political reproduction of a potent past, but also a driving force for the continuity of religious identity and tradition.

Similar to the late Bal Thackeray’s establishing of a Hindu nationalist party in 1966 in India, two Buddhist monks, Kirama Wimalajothi and Galagoda Aththe Gnanasara, recently established the Bodu Bala Sena, a religio-political organization. Both of them were former members of the JHU and had left the group due to ideological conflicts. Like the JHU, the BBS also promotes Buddhist nationalism and Sinhala supremacist ideals.

Despite its controversial image both inside and outside Sri Lanka, the Bodu Bala Sena gained a large number of followers who share similar ideologies and goals. Since its inception, the BBS has engaged with many campaigns, including those dedicated to securing dignity and religious freedom for Sri Lankan Buddhists working in the Middle East and the abolition of halal food products in Sri Lanka. In reaction to the destruction of over 20 Buddhist monasteries, and the attacks on Buddhist minorities in Bangladesh by Muslim extremists in September 2012, the BBS held a protest at the Bangladeshi High Commission in Colombo and demanded the protection of Buddhists in Bangladesh.

In less than a year, the organization has become sufficiently powerful to force both the Mahinda Rajapaksa government and the main opposition to acknowledge its political capital, and hold parlays with BBS leaders on several occasions. On March 24, 2013, the BBS held another rally in Panadura, a suburb of Colombo, in which it urged action against Christians and Muslims. It declared that Sri Lanka had been a Sinhala Buddhist country, not a multiracial or multi-religious country, and hence it should remain a monolithic Sinhala Buddhist nation. Their anti-Muslim and anti-Christian call not only disrupted ethnic harmony, but also received international criticism. President Rajapaksa has since called upon the BBS monks and their associates to refrain from violence.

The rationalization of political Buddhism and monastic interest in politics, go back to the early 20th century; these began in reaction to the colonization of Sri Lanka by the British Empire. Thus, the historical past became a justifiable playground for the monks to legitimize their involvement in secular politics. Although monks are not permitted to partake in political activism in any form, they validate their stance for entering state politics when it comes to the issues of Sinhala ethnic identity and the survival of Buddhism.

Regardless of their justification, the monks’ active involvement in politics brings one back to the central argument introduced by Stanley Tambiah in his controversial book: Buddhism Betrayed, in which he claims Buddhism is all about betrayal. Although Tambiah’s claim may find many subscribers on account of the civil war, ethnic conflicts, and violence that was prevalent in Sri Lanka at the time. The author, however, does not address the philosophical questions of who betrays whom and what betrays what. Does Buddhism betray Buddhists, or do Buddhists betray Buddhism? Scrutinizing such questions might surprise us with the deepest truth or the gravest lie about the philosophical, social, and cultural complexity of contemporary Sri Lankan political landscape. 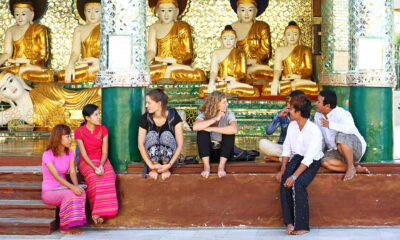 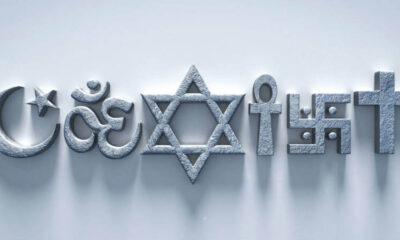 The Uses of God