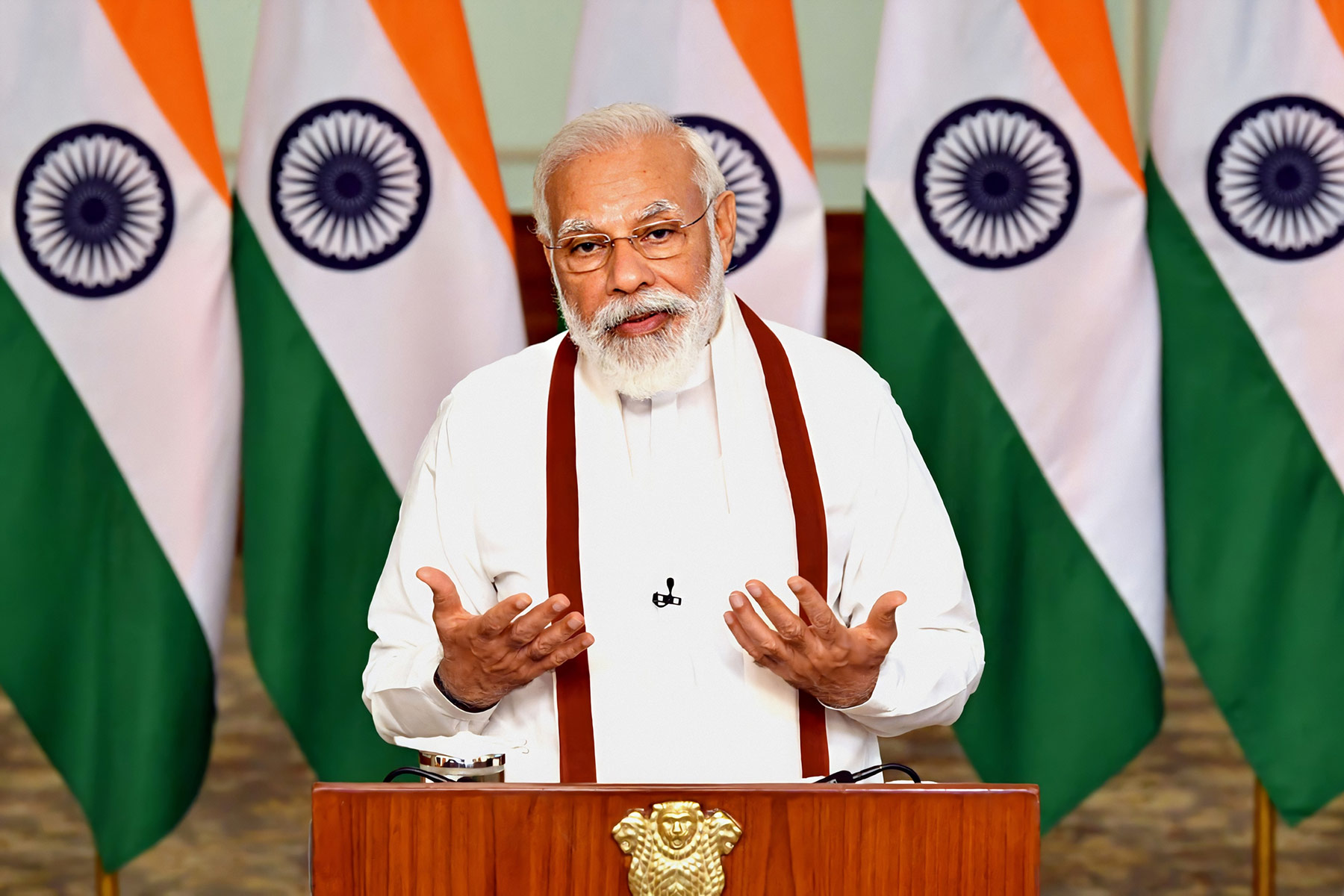 Kabul has fallen again to the Taliban. Surprisingly, so has the Panjshir Valley where the legendary Ahmad Shah Massoud defied both the Soviets and the Taliban. Even more surprisingly, India has stayed silent so far.

It was in 1996 that the Taliban took over Kabul the last time around. Following a version of extreme Islam, it unleashed a reign of terror in Afghanistan. It also exported terror to India. It sent jihadi fighters in the form of the mujahideen to liberate Kashmir.

There is one event that is etched in the memory of the region and must surely be indelible in the Indian consciousness. On December 24, 1999, five terrorists hijacked a plane from India and forced the pilot to fly it to Kandahar. The Taliban fighters surrounded the plane to prevent Indian military operations to rescue the hostages.

India capitulated to the demands of the Taliban. It released Maulana Masood Azhar, Ahmed Omar Saeed Sheikh and Mushtaq Ahmed Zargar. Azhar went on to found Jaish-e-Mohammed, a deadly terrorist group in Pakistan that is infamous for striking the Indian parliament and conducting the 2008 Mumbai attacks. Sheikh was arrested for abducting and murdering American journalist Daniel Pearl. Zargar has been sending jihadis to Kashmir.

India’s capitulation in 1999 is still a black mark on its reputation. The Taliban sees India as a soft target. It sees India as a land of kafirs who worship idols that need to be smashed. It is important to remember that the Taliban blew up the historic statues of the Buddha at Bamiyan in 2001 despite requests from Buddhist communities all over the world. In the eyes of the Taliban, India is a land of Hindus that oppresses Muslims and must be defeated, if not converted, to Islam.

As in the 1990s, the Taliban is a clear and present danger to India. In August, India chaired the special session of the UN Security Council on Afghanistan. Yet India failed to take a position on the Taliban’s takeover of Afghanistan. No independent statement was forthcoming.

Can India Afford to Lose Afghanistan to the Taliban and Pakistan?

It is an open secret that the Taliban have been nurtured by Pakistan. Ever since its birth in 1947, Pakistan has sought strategic depth against India. The great Mughal city of Lahore is merely 24 kilometers from the Indian border. India’s population, economy and manufacturing capabilities dwarf Pakistan’s. Therefore, Islamabad has always sought strategic depth by controlling Afghanistan. In the past, the Taliban have acted as auxiliaries to the Pakistani army and carried out numerous operations against India. The actions of the Taliban and other jihadi fighters have given Islamabad plausible deniability in its war of terror against India.

The victory of the Taliban is a double-edged sword for Pakistan. On the one hand, Islamabad has achieved its objective of strategic depth. This time, the Taliban have even taken over the Panjshir Valley. On the other hand, this victory will fan Pashtun nationalism. Lest we forget, 15% of Pakistan’s population is Pashtun. This community was arbitrarily divided by the Durand Line into Afghanistan and British India in 1893. Pashtun nationalists consider it a humiliating colonial legacy and have never accepted it. As Pashtun power rises, so does the threat to Pakistan’s territorial integrity.

Pakistan’s solution to its Pashtun problem is to use an increasingly extreme version of Islam to tie the country together. In this version of Islam, India is the bogeyman. Pakistani Prime Minister Imran Khan has constantly called the Bharatiya Janata Party a Hindu fascist party. He has damned Indian Prime Minister Narendra Modi for leading a genocidal regime that kills innocent Muslims. This narrative seeks to unify the Pashtuns, the Balochs, the Sindhis, the Punjabis and other Muslim communities of Pakistan against India. The Pashtuns are lionized as the greatest fighters of the region and encouraged to fight a jihad against India for the liberation of fellow Muslims in Kashmir.

Ajit Doval is India’s national security adviser. In 1999, he negotiated with the Taliban for the release of hostages. He is well aware of their designs. Yet India has adopted a wait-and-see approach to Afghanistan. Presumably, India wants to focus on its China border. Yet it is inevitable that the Taliban and Pakistan will menace India on the west.

India must take a bolder stand against the Taliban now and not wait until the danger is at its door. New Delhi has failed to speak up for a democratically elected legitimate government in Kabul. Instead, it has accepted the takeover by the Taliban as a fait accompli. Like India, Afghanistan is a country with tremendous ethnic and cultural diversity. India is a good model for a future Afghan democracy.

India Can and Must Act

In realpolitik terms, the Taliban is now dominant across Afghanistan. Indian policymakers might think that they can do little to intervene. They do not have the supply lines, military or intelligence wherewithal and political capital to operate in landlocked Afghanistan. So, dealing with the devil now in charge might seem to be the only realistic option.

Yet many Indians forget that their country commands much soft power in Afghanistan. Afghans who do not support the Taliban have always looked up to India, not Pakistan, as a model for their country. So, support for Afghanistan’s democratically elected government would strengthen India’s appeal among millions of Afghans.

India could also consider supporting Afghanistan’s National Resistance Front (NRF) led by Ahmad Massoud. Historically, India has been more comfortable backing Amrullah Saleh, the former vice president who has declared himself as acting president of Afghanistan. However, Saleh is tainted by his association with Ashraf Ghani, the former Afghan president. Ghani has little credibility left after his flight from Kabul. He handed over the capital and the country to the Taliban on a platter without even the pretense of a fight. Ghani’s reputation for corruption, arrogance and incompetence has made him a persona non grata in Afghanistan. The anti-Taliban Afghans have not forgiven Saleh for going along with Ghani, and he has thin support in the country now.

In a clan-based traditional society, Massoud has emerged as the tallest anti-Taliban leader. He is helped by the fact that he is the son of Ahmad Shah Massoud. Massoud Jr. trained at the prestigious British military academy Sandhurst. He entered Kabul the day Ghani fled the country. Since then, he has put up a fight against the Taliban and is now leading a guerrilla force in Panjshir Valley. Massoud Jr. has called for a national uprising against the Taliban and is emerging as Afghanistan’s best hope to take on the Taliban.

It is in India’s strategic interest to back Massoud Jr.’s NRF. The Taliban have won many battles so far, but they have yet to win the war for Afghanistan. Ethnic groups like the Tajiks, Uzbeks, Turkmen, Hazaras and others are bound to rally against their harsh, intolerant regime. Many Pashtuns will join them. Massoud Jr. needs backing from powers like India, Britain and the US to carry on the fight against the Taliban. Otherwise, this hardline regime will inevitably export terror to the rest of the world again.

Of all the world powers, India will suffer the most from the Taliban’s terror exports. Islamabad will direct the Taliban against India to preserve Pakistan and to avenge New Delhi’s liberation of Bangladesh in 1971. Even China has entered the fray in Afghanistan. Beijing has already hosted leaders of the Taliban and is willing to work with them. Russia is staying very quiet and there are rumors that it has made its own deal with the Taliban.

With the US pulling out dramatically and chaotically, Afghans who opposed the Taliban for decades need support. Just as India once backed Bangladeshis, they must now assist Afghans fighting the Taliban.