Imagine somewhere in Kathmandu that a child is dancing to the songs of his blind father for money. Such a heartwarming sight, no doubt. Given how cheap emotional pity is, you might consider dropping a few bucks to help sustain this narrative—that of familial bonds.

But is there more than meets the eye? Perhaps some context could help.

The child in question is one of many helping out on family farms, selling petty items, scavenging for recyclables, begging, weaving carpets, working as conductors in rickshaws, laboring in brick kilns and stone quarries. Dancing, which in most circumstances would evoke a positive emotion, is instead a throwback to an old and often overlooked question in Nepal: How do we provide for children who happen to be born in unfortunate circumstances?

This boy, who is no older than 8 or 9 years old, should be in a school playing with friends of his own age. Instead, he is helping his father earn a living for the family.

Woven within this image is the painful context that child labor is wrong, but at the same time, it is part of who we are as people. The context isn’t poverty or plight. Perhaps the most fundamental context here is that we have somehow become apathetic to children working in the street. And that says a lot about how our social consciousness has evolved.

Child labor has been front and center of the public discourse before. Recently, there was an outcry over children working in brick kilns in Nepal, with The Guardian featuring a story in its modern-day Slavery in Focus segment. In the mid-1990s, when Nepalese carpets faced bans in Western markets due to instances of child labor, Nepal’s government made it illegal for children under 16 to work in carpet factories. However, no policy changes were implemented to provide an alternative source of income for families of such kids, which inevitably resulted in them shifting to similar industries for their economic needs.

This encapsulates Nepal’s policymaking. It is akin to proposing battery-powered inverters as a solution to the load shedding problem. But that doesn’t address the real issue, and it causes more supplementary problems.

The Nepal Living Standards Survey (NLSS) of 1996, 2004 and 2010 reveal that the percentage of children between 10-14 years old working to provide for their families increased from 35% to 61%. Around three out of five kids of school age are currently working in some shape or form.

But this is not a novel problem, nor is it specific to Nepal. Other developing countries have recognized similar issues and implemented institutional policies to address them. Two broad approaches have been introduced with some success. The first is to make education compulsory under new laws like Indonesia. The second involves cash incentives to encourage parents to send their children to school, known as Conditional Cash Transfers (CCTs)—Mexico’s PROGRESA program is one of the oldest and most well-known models of CCT.

Both of these approaches have their pros and cons. Compulsory education laws are relatively inexpensive to implement, but this would require the government to ensure that adequate education is supplied. For such a policy to be successful, the government needs to provide infrastructure for alternative avenues of income for poor families. CCTs would appeal to those who prefer to use carrots instead of sticks; although the expenses associated with the program mean that the government would have to rely on foreign donors.

International outrage could motivate the Nepalese government to cut institutionalized child labor by banning it outright. However, such policies do not address children working within their own homes or even as live-in servants in other people’s houses.

Making education mandatory is another complementary policy step that could mitigate some effects of child labor, but this would only half-solve the issue. The policy will inevitably fail if the government cannot provide enough resources and incentives to sustain the educational infrastructure.

In this regard, perhaps there are lessons to be learned from neighboring countries. India, for instance, has defined education as a fundamental right in its Right of Children to Free and Compulsory Education Act, and state governments like that of Maharashtra have allocated a 25% reservation in all private schools for economically and socially disadvantaged children.

This kind of public-private partnership, where profitable sectors are mandated to bear part of the cost of social responsibility, appears to be a practical solution. As an extreme example for this, Indonesian law requires private school operators to be nonprofit organizations. Incentives like free lunches, subsidized accessories and stationery have also proved to be effective for Nepal in the past, and they need to be institutionalized on a larger scale. Any policy that Nepal implements, however, must take into account the harsh realities of Nepalese livelihood strategies, at least in the short-term. Approximately 75% of Nepal’s population depend on agriculture for their livelihood, and it is fair to assume that child labor is a significant contributor to family income in these cases. Roughly 25% of the total population lives below the poverty line, and poor families need their children to be working to make ends meet.

For such families, a policy that mandates school attendance must be complemented by some form of CCT. These initiatives provide households with cash to send children to school, thus offsetting the loss of income from child labor. Payments increase with age and the educational level of a child, recognizing that older students have a higher chance of dropping out of school and seeking employment.

Policymakers must think broadly and include such critical factors when deciding on solutions to combat child labor. For years, Nepal’s political discourse has been dominated by inter- and intra-party disputes over the characteristics of political structure, with scant attention being paid to social policies. While important, the political system is not an end in itself, but rather a means to achieve social progress. Political discourse should emphasize solutions to the social problems Nepal faces today. This, and not the layout of the political institution, will determine the country’s legacy. 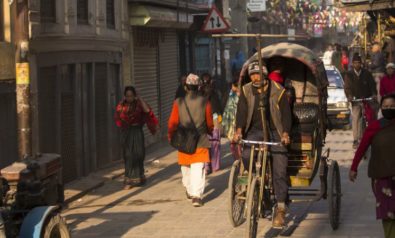 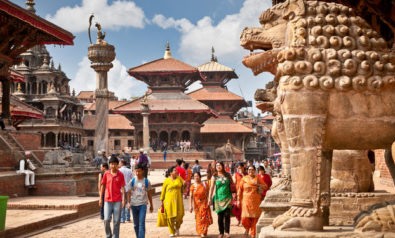 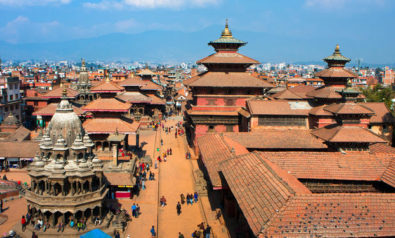