Believed to be responsible for the Mumbai attacks in 2008, Saeed is creating a political party in Pakistan.

Hafez Muhammad Saeed, a detained terrorist and one of the world’s most wanted men, plans to register his group, Jamaat-ud-Dawa (JuD), which is widely seen as a front for another proscribed terrorist organization, Lashkar-e-Taiba (LeT), as a political party in Pakistan.

The move comes days after Saeed and several other JuD leaders were put under house arrest in a bid to fend off potential steps against Pakistan, including inclusion on President Donald Trump’s list of countries whose nationals were temporarily banned from travel to the United States, and punitive steps by an Asian money laundering watchdog.

In a further effort to fend off pressure, Pakistan’s state bank said it had installed a long overdue automated system to detect money laundering and terrorism financing. The announcement followed last year’s freezing of bank accounts used by 2,000 militants—a move described by both analysts and militants as ineffective because those accounts were not where militants kept their assets.

Meanwhile, the US State Department, in a hint of a possibly tougher line toward Pakistan, refused in recent days to issue a visa to Maulana Abdul Ghafoor Haideri, an Islamic scholar who is deputy chairman of Pakistan’s senate and a member of parliament for Jamaat-i-Islami (F), a political party with close ties to the Taliban. Haideri was scheduled to travel to New York to attend a meeting of the International Parliamentary Union (IPU) at the headquarters of the United Nations.

In response, Senate Chairman Raza Rabbani announced that the Pakistani parliamentary body would ban its members from traveling to the US unless it received an explanation for the refusal. The US Embassy in Islamabad has so far refrained from explaining the decision.

JuD sources said its transition to a political party was, in part, designed to stop cadres from joining the Islamic State (IS). They said some 500 JuD activists had left the group to join more militant organizations, including IS. They said the defections often occurred after the Pakistani military launches operations against militants in areas like South Waziristan.

Writing in Dawn, Pakistani security analyst Muhammad Amir Rana argued in favour of allowing JuD to transition into a political party. A “major challenge for the state is how to neutralise groups that once served its strategic purpose. The most practised way in a post-insurgency perspective is to reintegrate them into mainstream society,” Rana wrote.

“The state can freeze their assets, shut down their charity and organisational operations, put their leaderships under different schedules of anti-terrorism laws, try their leaders in courts of law, and, in the worst case, strip them of their nationality. But will this eliminate the problem?” he added.

JuD’s application, which since Saeed’s arrest has suggested it would be operating under a new name, Tehreek-e-Azadi-e-Kashmir (Kashmir Freedom Movement), a practice frequently adopted by militant groups with government acquiescence, would in the minds of Western officials and analysts and some Pakistanis test the sincerity of a recent Pakistani government crackdown on militants. JuD is believed to have close ties to the Pakistani military and intelligence. A JuD leader said the group would register with the Election Commission of Pakistan (ECP) under its own name rather than a new one.

Among others, Saeed is believed to be responsible for the 2008 Mumbai attacks, which killed some 164 people and wounded more than 300. The US government has a bounty of $10 million on Saeed for information leading to his capture. Saeed, who was once an LeT leader, has since disassociated himself from the group and denied any link between JuD and LeT.

A JuD leader said the group might wait for registration with the ECP and let the current focus on the group fade away. “We have decided to go in the politics. However, we’ll let the current phase evolve after having been put on the government’s watch list before registering,” the leader said. JuD sources said the decision to go into politics and register with the ECP was taken days before last month’s crackdown on the group.

Some analysts believe that JuD would have to get a court order to be allowed to register, given that its terrorism designation by the United Nations (UN) and the US bans it from conducting business as normal, including performing financial transactions. ECP registration requires providing audited accounts.

JuD sources said the group has $19 million in assets that were in accounts of local officials of the group in various districts in the country. JuD is believed to be the largest militant group in Pakistan. General John Nicholson, the commander of US forces in Afghanistan, recently told Congress that 20 of the 98 groups designated by the United States as well as “three violent, extremist organizations” operate in Afghanistan and Pakistan. “That is highest concentration of violent, extremist groups in the world,” he said.

General Nicholson was speaking amid mounting pressure on the Trump administration to adopt a tougher position toward Pakistani support of militants from a chorus of voices that include the military, members of Congress from both sides of the aisle, and influential Washington, DC-based think tanks.

“JuD is the biggest non-state actor in Pakistan. It has the largest infrastructure in the country,” Rana said in an interview. JuD is believed to have 100 offices across Pakistan. A JuD leader said the group had trained more than 2 million cadres and employs 12,000 people. 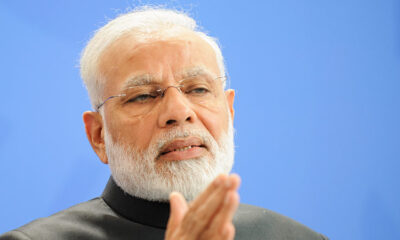