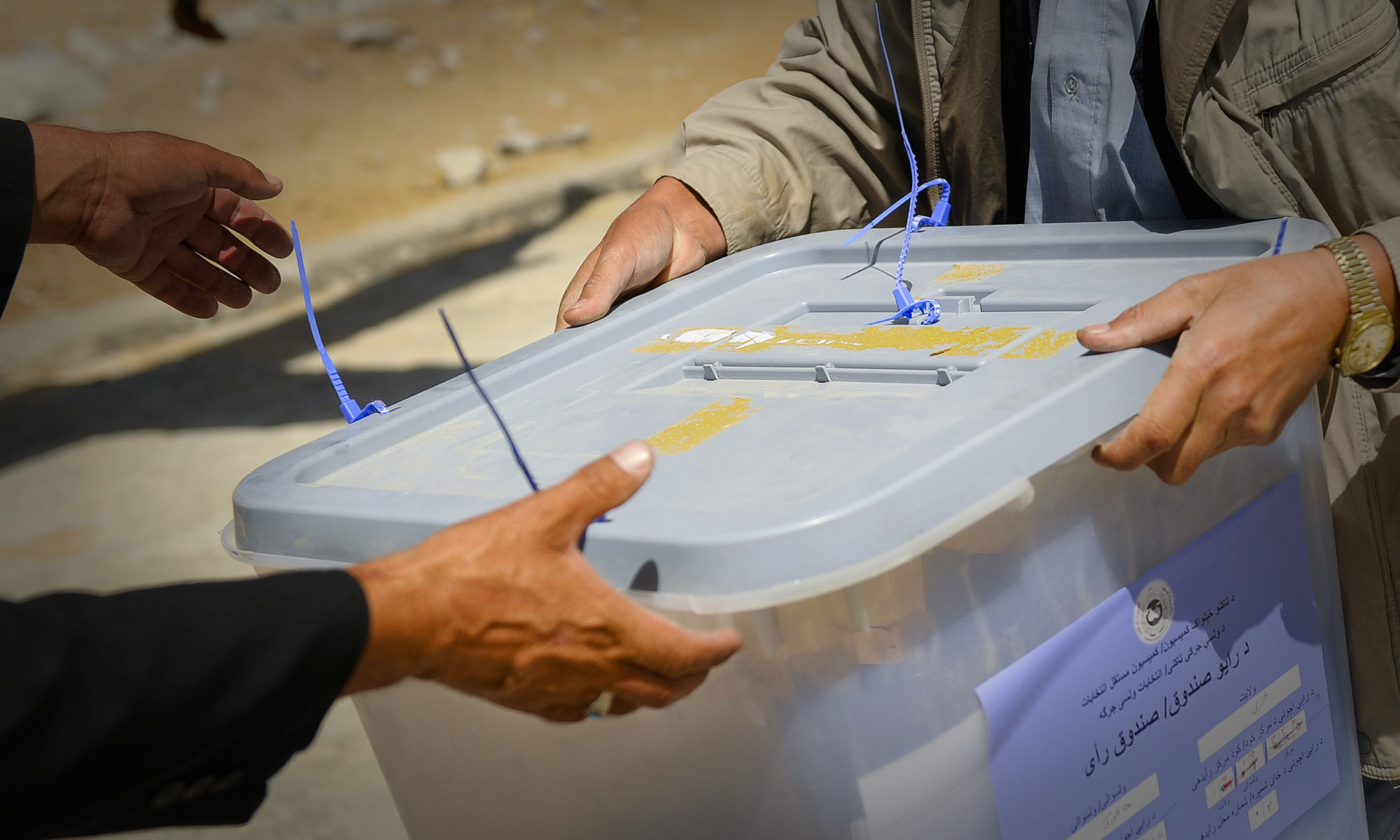 Afghanistan will turn into a hornet’s nest, should the runoff elections be stricken with fraud.

Afghanistan’s presidential and provincial elections on April 5 were widely applauded. Nearly 60% of voters, including 36% of women, appeared at the long queues and cast their ballots, despite death-risking threats from the Taliban. The event was praised worldwide. US President Barack Obama called the day historic, voters expressed a resounding no to the Taliban, and many more around the world appreciated the elections as a triumph of democracy over violence. Voter turnout surpassed the 2009 contest by 55%, and proved to be nearly twice the level of elections in 2004 and 2005 combined.

Yet the historic day failed to make a president. Of the eight contenders, Abdullah Abdullah and Ashraf Ghani Ahmadzai face a runoff on June 14. This was the outcome of an election in which over 7 million people risked their life to determine their own future. Afghanistan underwent 286 insurgent attacks, lost 17 soldiers and bore with many more wounded — all occurring in one single day, let alone the horrendous acts the Taliban committed before the elections even started.

Despite these calculations, and the final result leading the country once again into an expensive and highly risky process, Afghans are proud of the outcome. They believe that voter  turnout marked a milestone in the history of Afghanistan.

They are right, but April 5 may turn into an unpleasant memory if the runoff is marred by violence and corruption. The question is, will an undeterred and transparent runoff prevail?

Compared with the first round, assumptions suggest there are certain facilities that could make the process for the runoff better. First, the workload for electoral commissions is considerably low, since the provincial election is not held this time. Second, supervision of vote counting will be easier for observers as only two candidates will compete. Third, electoral officials and security forces are more experienced in fulfilling their obligations as they went through similar procedures during the first round.

However, these easing points are debatable. First, given the impact of provincial council runners on the number of voters in the first round, the runoff may face a lower turnout. Second, competition between the two candidates may cause ethnic distress and swamp the process into massive fraud as occurred in 2009. Third, the Taliban have also prepared themselves to undermine the election through intimidation and violence.

Of 75% of the total polling stations, reports revealed that 1,505 stations witnessed proxy and underage voting; 259 stations suffered from low quality ink; 779 stations fell short of ballot sheets, causing an ambiguous number of citizens to give up voting; and 4,033 others were opened and closed on an irregular basis, which restricted observers from exerting their supervisory role.

As always, the Taliban lie in wait. Naming their operation “Khaybar,” the Taliban have recently embarked on their spring offensive, pledging to challenge democratic entities and disrupt elections. Ever since the first poll, over 21 provinces have been attacked, with an aim to create fear and deter voters from participating in the vote.

Every reliable source confirms that support for extremists is orchestrated by Pakistan and that a collective movement is required to address the threat there, instead of banging heads against the wall in Afghanistan. In fact, this should have happened at the outset of the Global War on Terror. What Afghan security units can do now is adopt a tactical shift in their modus operandi to safeguard polling stations.

In this precarious situation come concerns over the transparency of the process. Fear of fraud permeates Afghan voters ever since a series of fraudulent cases from the first poll were made public. Of 75% of the total polling stations, reports revealed that 1,505 stations witnessed proxy and underage voting; 259 stations suffered from low quality ink; 779 stations fell short of ballot sheets, causing an ambiguous number of citizens to give up voting; and 4,033 others were opened and closed on an irregular basis, which restricted observers from exerting their supervisory role. Further, several unstamped ballot sheets, deemed invalid, were scanned and put online among valid ones.

Ethnic favoritism within the electoral bodies is worrisome. Most of the aforementioned irregularities are believed to have been engineered by some high ranking officials within the commissions based on ethnic loyalty. The commissions, if really impartial, should avoid such irregularities for the second round. In case of otherwise, Afghanistan will be whisked into a lasting disorder.

Instead of creating 2,540 additional polling stations, the electoral bodies should have focused on consolidating the 20,773 existing ones. Increasing the number of voting stations at this point in time may widen the scope for further fraud and violence. This change seems to be an orchestrated attempt, with 251 of the new stations planned to function in suspected areas where most of the first poll’s fraudulent cases were noticed.

Both the election and the electoral complaints commissions are strongly called upon to ease public concern. They should commit to publicize whatever issues they discuss; accept and act upon criticisms that hit the media rather than objecting to them; accede to recommendations the observing bodies offer; seek justice against those who were charged with fraud in the last poll; embark on clearing ethnic inclinations in the functioning of their staffers; and prepare to unleash the final result with sufficient heed and care to ensure credibility. These measures, if responsibly taken, may serve to create confidence and avoid contradictions.

Electoral officials should understand that the responsibility they share is huge, important and sensitive. If they fail to deliver on their promises of a transparent and fair process, voters will not forgive them. Those who play with the rightful and life-risking votes of their fellow citizens will be scarred in historical memory, if not brought to justice.