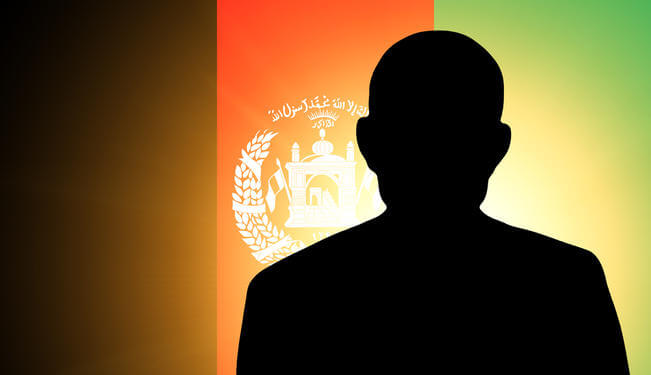 The presidential election is vital not only for Afghanistan’s future, but also for the region's stability.

Afghanistan goes to the polls on April 5 to elect a president who will succeed Hamid Karzai. The election will mark a political transition from the Karzai-era. The incumbent Afghan president, who led the country after the Taliban was ousted in November 2001, is constitutionally barred from contesting for a third term.

An election that is accepted by the Afghan people and the international community as credible is vital not only for Afghanistan's future, but also the well-being of the region.

A successful political transition is crucial to the management of security and economic transitions that are underway in the country. The former will be completed by the year end, while the latter will go on for many more years. An elected president who commands allegiance on a multiethnic basis is essential for the coherence of the Afghan central authority.

Clearly, if that authority frays, the Afghan forces will not be able to withstand the Taliban onslaught, which will undoubtedly come with greater vigor amid the drawdown of NATO forces.

In the uncertainty that has prevailed, and which has been exacerbated by Karzai's hostility toward the US over the past few years, the Afghan economy has contracted. A flight of capital has occurred, property prices have gone down and the services sector, rudimentary as it is, has suffered from reduced NATO spending because of declining force levels. The new Afghan president will have to instill confidence in the Afghan people and donors to revive the economy.

For that our attention must focus on the candidates, the complex ethnic dynamics, and the Afghan capacity to conduct a successful election.

Eight presidential candidates remain in the fray. Each has, as the constitution mandates, two running mates for the posts of the first and second vice-presidents. All the candidates are Pashtun, though Abdullah Abdullah, whose father was a Pashtun and mother a Panjshiri Tajik, is perceived to be a non-Pashtun. This is due to his association with the legendary Afghan jihadi leader Ahmad Shah Masood, who was a Panjshiri Tajik.

The candidates represent almost the entire spectrum of Afghan political life. Abdul Rab Rasul Sayaf is one of seven Pakistan-based leaders of the anti-Soviet jihad, while he follows the Wahhabi doctrine. Gul Agha Sherzai is a jihadi commander with roots in Kandahar. He acquired power through strong, even brutal, means.

None of these candidates have a realistic chance of success. Nor do Hedayat Amin Arsala, a royalist; Mohammad Daud Sultanzoy, a technocrat; and Qutbuddin Hilal, who has ties with Hekmatyar's Hizb-e-Islami. The three leading candidates are Abdullah, Ashraf Ghani and Zalmai Rassoul.

Abdullah Abdullah is a professional eye surgeon. He joined Masood in the 1980s and became a close aide. Well-read, articulate and with great organizational abilities, Abdullah skillfully interacted with the international community on behalf of the Rabbani government.

He served as Karzai's foreign minister with distinction, but had an increasingly uneasy relationship with him. Abdullah left the cabinet in 2005 and stood for the presidential election in 2009. He secured the second highest number of votes, but stood down during the run-off which was constitutionally required as no candidate, including Karzai, received 50% of the votes needed to be declared as the winner in the first round. In the last five years, Abdullah has built all-round grassroots support and is regarded as head of the pack at this stage.

Ashraf Ghani is an anthropologist by training and has taught in leading US universities, worked with the World Bank, and is very well-connected in the West. He was the finance minister till 2004 and contributed to obtaining donor support in a sustained and planned manner. He stood as a minor candidate in the 2009 election. He has always had a difficult relationship with President Karzai. Ghani has generated considerable support among Pashtuns and is believed to be favored by Western countries.

Zalmai Rassoul is a medical doctor. Suave and soft spoken, Rassoul worked as secretary to the former king of Afghanistan, Zahir Shah, during his stay in Rome. He worked on political projects to end the civil conflict in Afghanistan during the 1990s. Rassoul joined Karzai in November 2001 and has stood by him all throughout his time in office. He has the incumbent Afghan president's informal support for his candidacy — Karzai's brother, Qayum, recently stepped down as a candidate in his favor.

The Pashtuns, who constitute a plurality, have been the dominant ethnic group in Afghanistan since the present state was created in 1747. They are determined to retain their political supremacy.

The other major groups are the Tajiks, Uzbeks and Hazaras. Their participation in the anti-Soviet jihad, and the formation of armed ethnic militias under their own leadership, has whetted their demand for equal political power but they are yet to decisively push for it. The Pashtuns seek to co-opt them and this is illustrated in the tickets. Each Pashtun candidate has important figures of two of the other ethnic groups in their ranks.

The ethnic groups do not entirely vote as a block. There are major intra-ethnic rivalries. However, should the election go — as is likely — to a second round with Abdullah as a candidate in the run-off, it is probable that the Pashtuns would rally round his opponent in significant numbers.

The two previous presidential elections were conducted despite great difficulties. In the end, they finally yielded acceptable results. So did the parliamentary elections.

The Taliban had boycotted all previous elections and resorted to violence as they are doing on this occasion, too. A series of terrorist attacks have been carried out with the aim to prevent voters from casting their ballots. Despite all the challenges, the Afghan Election Commission should be able to deliver a credible, though not perfect, election.

The leading candidates' agenda may differ in detail but all articulate a forward looking position rooted in the vision of economic betterment, greater gender equality and democracy. This is in complete contrast to the Taliban's desire to take Afghanistan back to the Middle Ages, notwithstanding their own attempts and those of their Pakistani patrons to burnish their image.

Over the past decade, President Karzai has manipulated the political process with great skill, working the divisions among political actors to his advantage. He now wants to maneuver Abdullah to abandon his quest in Rassoul's favor to be accommodated later, after a major constitutional amendment, with a prime minister's position. Abdullah has refused to take the bait.

Will Karzai succeed in putting Rassoul in the president's chair? That remains uncertain. Marshal Mohammed Fahim, the first vice-president's death in March, has made the process more fluid.

*[Note: Vivek Katju served as India's ambassador to Afghanistan, Myanmar and Thailand. He was one of India's chief negotiators during the hijack of Indian Airlines Flight 184 in 1999 at Kandahar in Afghanistan, when he headed the Pakistan-Afghanistan-Iran desk at the Ministry of External Affairs. This article was originally published by Gateway House.]