Invoking Nehru will not save Sonia Gandhi and the Congress Party from irrelevancy.

Sonia Gandhi’s renunciation of power ten years ago is still fresh in the minds of Indians. Her rejection of the prime ministership, and her selection of a non-political, Oxford-educated yes-man in Manmohan Singh to run India, allowed her to invent an unconventional mode of exercising power. Singh acted as the official head of government for a decade, but Gandhi and her children held the actual reins of power. In India, the prime minister’s office has never been minimized to that degree. But after the election of Prime Minister Narendra Modi, who is despised by Gandhi’s Congress Party, a sense of Greek tragedy has descended upon the traditional ruling class.

Modi represents a marked contrast to the Gandhi family. He worked as a tea vendor and, as a politician, sidelined more senior officials to reach the top post. The Indian prime minister represents an unapologetic face of Hindu nationalism, coupled with a Western brand of market economics. On the other hand, the Gandhis embody elitism and privilege; they have never had to struggle for power (except when Gandhi pushed out Sitaram Kesri as the Congress Party leader in 1998). They stand for secularism and a Soviet-style, centrally-planned economy. Therefore, Modi’s position as prime minister makes the Nehru-Gandhi clan feel very insecure.

On November 14, during a Congress Party conference celebrating the 125th anniversary of Jawaharlal Nehru’s birth, Gandhi launched a scathing attack on Modi, accusing him of being the primary destroyer of Nehru’s legacy. Such commemorative occasions are meant to unite India, but she chose to use it as an opportunity to bash her political opponent.

Why does Gandhi see fit to use Nehru as a political weapon against Modi? Does she actually believe the antiquated Nehruvian apparatus is relevant in modern India? Does Gandhi really have the right, as a poster child for dynastic politics, to claim Nehru’s legacy as a democrat?

Gandhi stands at the most difficult crossroad of her political journey. The challenges she faces are quite clear, but the means to fight them are not. The difficulty of her task is compounded by the fact that things are hardly in her favor. In his second term in power, Prime Minister Singh’s government (controlled by Gandhi) was responsible for inflation, a rudderless economy and a directionless foreign and national security policy. The government proved to be the most spectacular wreck of corruption and incompetence the country had ever seen. So, not only does the Congress Party lack the credibility to criticize the incumbent government, but the party’s attacks also lack teeth because Modi has a good record of growth and governance in his home state of Gujarat. Now, no option is left for the Congress Party but to bring back the narrative around the old, dual ideology of secular and non-secular politics. The narrative of secularism is the most appealing idea to the average Indian because of the character of India’s founding as a democratic nation. As the longest serving leader of the oldest and largest national party, Nehru is the natural symbol of Indian secularism. The Oxbridge intellectuals of Delhi, who came of age under Nehru and Indira Gandhi, have kept him alive and relevant in the public consciousness.

The world changed. The Cold War ended and India embraced neoliberalism in 1991. It hardly made any difference to the Gandhi family or to Delhi intellectuals — both remained devoted to secularism. Through various government welfare projects, the Gandhis made sure that Nehru would always remain alive in the Indian mind. But as many great national heroes, his political ideas have become obsolete.

Political ideologies, even ones created by giants, come and go. Few today would accept Winston Churchill’s staunch support for British imperialism. The same is true of Charles de Gaulle’s ideas of French independence and “grandeur,” and Mao Zedong‘s extreme and idiosyncratic brand of communism. But this doesn’t mean the extraordinary gifts of historical giants to their respective countries are unappreciated. French citizens remember the heroic acts of Gen. de Gaulle during the Nazi occupation, and Churchill has been consistently ranked as the greatest Briton. However, all these leaders were creations of their own time. As the years pass, the relevance of their political ideas fade.

Today, Nehru’s economic and foreign policies have hardly any followers in his own party. Shashi Tharoor, a celebrated author and former foreign minister under Congress, questioned Nehru’s vision of foreign relations. Time has relegated Nehru’s foreign and economic policy irrelevant. So, why do the Congress Party and Gandhi still seek to prop up an old dead legend?

Nehru’s commitment to democracy in India is to his lasting honor. However, it was his own daughter, Indira Gandhi, who buried his legacy. She launched dynastic politics by bringing her sons into the corridors of power. As renowned Indian historian Ramachandra Guha said: “Nehru had hardly any idea that his quiet, self-effacing daughter Indira would rise up to occupy his chair.” Being a democrat, he would have never allowed a single family to dominate public life in a country he had worked so hard to liberate. So, by continuing with Indira Gandhi’s dynastic politics, Sonia Gandhi has done a great disservice to Nehru’s legacy.

The 2014 elections showed that Sonia Gandhi’s son, Rahul Gandhi, has lost the game. So now, all hope lies with her daughter, Priyanka Vadra. Congress loyalists and much of the Indian press see Vadra as a reincarnated Indira Gandhi who can save the ailing party. If she fails, it will put a final stop to the family’s generational rule. Her success or failure depends partly on how Modi governs and partly on whether today’s Indians allow themselves to be limited by the political relics of secularism and Fabian economics. The current era is crucial for Indian democracy because it will decide whether or not the Congress Party will also be discarded as a relic of the past.

*[A version of this article was originally published by India Opines.] 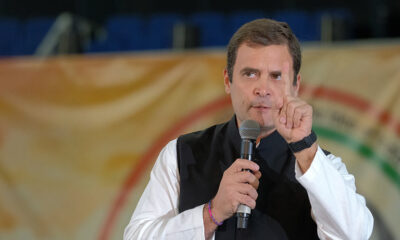 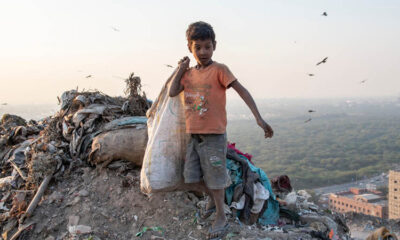 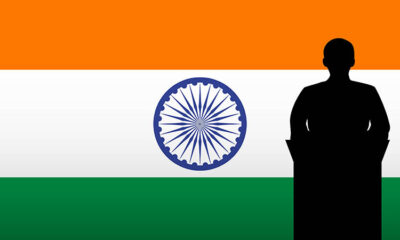