The challenge of fixing India’s job crisis is an unachievable task for any one-term government.

India is the world’s fastest-growing major economy. It is also home to the highest number of unemployed in the world. More than half of India’s 1.2-billion population is under the age of 25. These predominantly youthful voters cheered Prime Minister Narendra Modi to a historic electoral victory in 2014. As Modi’s term comes to an end this April, little change has come to these voters’ lives. This poorly educated and mostly unskilled workforce seems restless and vengeful.

To be fair, while Modi could not fix India’s job crisis, he wasn’t the one to create it. High unemployment and sluggish employment growth have been a historical reality of the country’s labor market. India’s jobless growth since the 1990s only made it worse. More than half of India’s population depends on the agriculture sector for work. The economic growth in the last two decades failed to create opportunities for gainful employment. Last year, the OECD Economic Survey found that over 30% of the Indian young people aged 15-29 are neither employed nor in education or training.

Conditions within India’s labor market further worsened under the Congress-led United Progressive Alliance government that won power in 2004. Amid a jobless growth, nearly 20 million women lost their jobs between 2004 and 2012. The GDP growth failed to trickle down in the lower segments of the economy as inequality expanded. As per the 2018 World Inequality Report, the top 10% income share in India is now one of the highest in the world.

More than 90% of the Indian labor market remains informal, undermining socio-economic mobility. Just around 2.3% of the workforce has undergone formal skills training, compared to 75% in Germany and 30% in China. A majority of university graduates is unemployable and lacks basic work skills, leading to serious skills imbalance between demand and supply in the labor market. This skills gap and technological illiteracy make it difficult for firms to find desired workers. Unemployability evolved into a bigger problem than unemployment itself.

This growing skills/jobs mismatch forces millions of job-hunters to take work that doesn’t match their qualifications. Many youths turn to irregular jobs like private tuition or the mushrooming call-center scam industry. India’s unemployment crisis remains largely hidden by petty self-employment of half of its labor force.

Prime Minister Modi came to power with a promise to create millions of new jobs. But employment generation remains weak. The latest report by the Centre for Monitoring Indian Economy, a think tank, argues that nearly 11 million jobs were lost in 2018. Ambitious schemes like Skill India fell victim to the country’s bureaucratic red tape. Slowing exports are bad news for more than 10 million youths entering the workforce every year. Growth in non-farm employment is largely contributed by low-pay and precarious jobs in construction, transport (thanks to e-commerce growth) and tourism.

The manufacturing sector has long been suffering from slow job generation. It was this realization that motivated Modi to launch the Make in India initiative in 2014 with a goal to transform the country into a global manufacturing hub like China and East Asia. The country’s huge domestic market can help boost such an industrial push. India’s phenomenal mobile manufacturing boom is a case in point.

Facing elections this summer, the Modi administration has decided to opt for decorative measures like mass hiring in government-run railways and statistical maneuvering of the Employees’ Provident Fund Organisation data. A recent study published by the Prime Minister’s Economic Advisory Council claiming the creation of over 12 million jobs in 2017 has been criticized for painting a rosy employment picture. India’s finance minister has put his bets on the “wave of self-employment” to defend the failure to create enough jobs.

Following a recent defeat in three state assembly elections, Modi has unleashed populism by announcing 10% reservation in government jobs and higher education to members of economically weaker sections, including the upper castes, covering over 80% of India’s population. Meanwhile, millions of formal positions in hospitals, law enforcement and schools remain vacant. This is the aftermath of the recent pay revision in government salary, meaning 8% of India’s GDP is now spent on the salaries of government employees.

India’s growth creates fewer jobs than before. Fixing India’s job crisis is impossible unless the government decides to increase investment in public services, education and health. Together these sectors can compensate for the bulk of the work demand in India. For an economy dominated by a disproportionate share of microenterprises, India needs to revive its regional polytechnics while developing a robust network between academia, industry and government.

The challenge of fixing India’s job crisis is an unachievable task for any one-term government. The country’s private sector has done well in battling the unemployment challenge so far, and improving the ease of doing business is a step in the right direction. The focus on rural electrification is bound to have a ripple effect on improving the digital competency of the future labor force.

There is no single strategy for fixing a job crisis in an economy as large and poor as India’s. Only a careful blend of consumption, investment and export-led growth can lead to the twin objectives of employment-intensive growth and poverty reduction. But for India’s young and burgeoning workforce the current situation remains bleak. Will the voters be patient and put their trust in Narendra Modi again? Predicting this is more difficult than predicting their future. 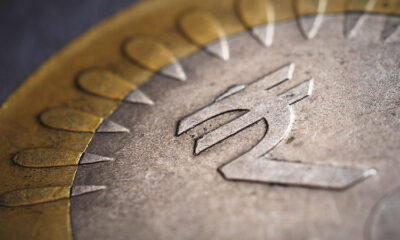 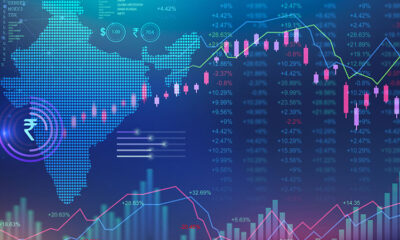 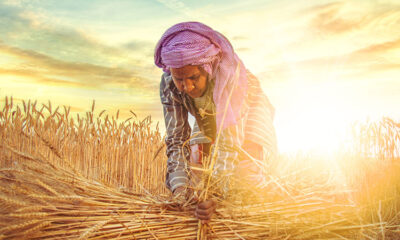