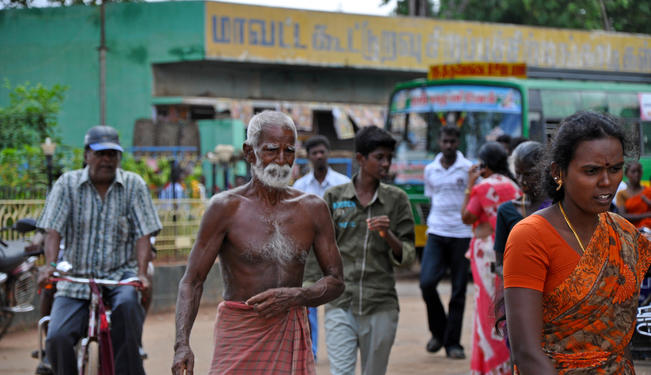 I have had the privilege to live for more than 40 years in India. It has long been my opinion that India is a very difficult country to grasp for a foreign correspondent, as it is so different from the West — full of contradictions, paradoxes, and baffling parameters.

Yet not only do we find that Western correspondents are generally posted for only three to five years in India, too short a time to really start getting the ABC of the subcontinent; but also, that most of them have — before even reaching India — very strong and biased ideas, prejudices, and misconceptions on the country they are supposed to report about in an impartial and fair manner.

By the time they leave India, these foreign correspondents have even been more reinforced in their prejudices: the Hindu “fundamentalists,” the “persecuted” minorities of India, the “human rights” abuses performed in Kashmir by the Indian Army; plus the usual folkloric stories about India.

Gardiner Harris’ article titled “Campaign for Prime Minister in India Gets Off to Violent Start,” which recently appeared in The New York Times, does the same — and much worse.

Firstly, the usual dislike, which borders on hatred, for Hindu politicians comes out strongly in his portrayal of Narendra Modi, after he was named as the BJP’s official election candidate — even though he has, after all, made Gujarat the most efficient, prosperous and least corrupt of all the states of India. Of course, he labels Modi “anti-Muslim” and accuses him of having engineered the 2002 Gujarat anti-Muslim riots, carefully omitting the fact that they were triggered by the horrifying murder of 57 Hindus, 36 of them innocent women and children, burnt like animals in the Sabarmati Express.

Riots of that intensity like in Gujarat, do not happen in a day, they are a result of long-term angers and a spark like the killing of Hindu brothers and sisters, whose only crime was that they believed that Ram was born in Ayodhya, is enough the ignite the smoldering fire.

Is it logical that only Modi is targeted? But who went down to the streets in fury in 2002? Hundreds if not thousands of Gujaratis — not only from the lower strata of society and not only Dalits, but also the middle-class and even the upper middle-class.

Should they also not be judged and condemned? But then it would be the whole of Gujarat who should be hauled to court — an ancient and noble race who gave so much to India, including Mahatma Gandhi, and today still exports all over the world its upright and successful businessmen. Harris chooses to ignore this point.

Western correspondents too often do not bother to check their facts and are ignorant about India. Harris does just the same by linking Modi with the riots between Hindus and Muslims in Muzaffarnagar, in the last week of August. The state of Uttar Pradesh is de facto ruled by Mulayam Singh Yadav — himself a candidate for the prime ministerial post and a bitter enemy of Modi.

Of course, Harris chooses to demonize Hindus and implies that the “roughly 80 percent” Hindu population of India (Hindus are much less today) are ostracizing the 13 percent Muslim population. He argues that Modi will use the inherent nationalist streak in every Hindu to get elected as prime minister, at the expense of blood and tears of Muslims.

Yet in 3,500 years of existence, Hindus have never militarily invaded another country, and never tried to impose their religion on others by force or induced conversions. You cannot find anybody less fundamentalist than a Hindu in the world.

However, today, Hindus are still targeted: there were 1 million Hindus in the Kashmir Valley in 1900; only a few hundred remain as the rest fled in terror. Blasts after blasts have killed hundreds of innocent Hindus all over India in the last ten years. Hindus, the overwhelming majority community of the country, are made fun of, despised, and deprived of the most basic facilities for one of their most sacred pilgrimages in Amarnath while the Indian government heavily sponsors the Hajj for Muslims. Hindus see their brothers and sisters converted to Christianity through inducements and financial traps.

There are about a billion Hindus in the world, one in every six persons on this planet. They form one of the most successful, law-abiding and integrated communities today – see how well they integrated in the United States, never giving problems to the US government, paying their taxes, entering universities, and grabbing some of the top jobs in the country.

Will Harris ignore the fact that Narendra Modi may be their future spokesperson?