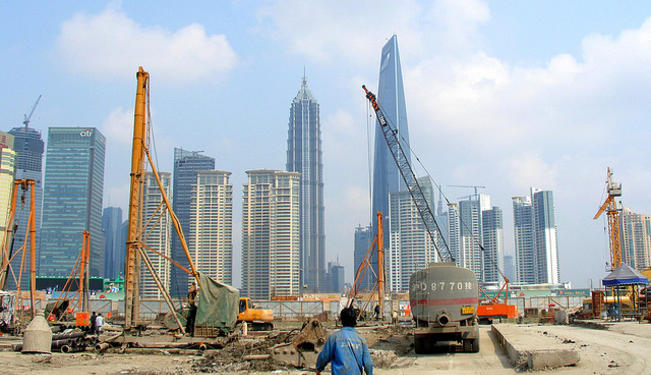 Foreign direct investments (FDI) have helped boosting the economies of many states in Asia. At the same time, this can have a negative effect on local businesses who may experience lower sales and slower growth rates.

FDIs have long been a staple source of income for many nations in Asia. In Southeast Asia, FDIs are particularly important in stimulating economic growth, as they capitalize on human and material resources to manufacture goods for local consumption or for export. These FDIs, as the currency of multinational companies, may also increase employment rates in particular industries. However, most FDI seeks to penetrate Asian markets specifically for the purpose of capturing market share and introducing new products to untapped consumer bases.

Many of the multinational companies that provide a majority of the FDIs bring highly advanced production processes and marketing techniques in order to dominate certain industries, such as the food industry. Local businesses, in comparison, do not have the resources or the technological expertise to compete with these multinational companies and end up falling behind in sales and overall competitiveness. The situation is not helped by governments; for example the Indian government who attract foreign investment within the auto industry, offering tax breaks and lessening tariffs. There is a trade-off between promoting these foreign business ventures and financially supporting domestic businesses. This discussion will focus specifically on inward FDI used by multinational corporations to produce goods that satisfy consumers in the market of a particular country.I will examine the issue of whether governments should continue to press for more foreign business investment or promote domestic businesses and SME (small and medium enterprises) start-ups. Issues such as employment, outsourcing, and local entrepreneurship will feature in the cost-benefit analysis.

The bigger question, in fact, is whether general regional policy in Asia should be concerned with the domestic expansion of local industries and businesses, or the continued investment of multinational companies.

The Case for Multinational Investments

Since the Asian fiscal crisis of 2007, FDI has been key to job creation in many Asian countries, such as Indonesia, Thailand, and the Philippines. Multinational companies that come into these countries establish manufacturing plants and set up corporate offices. By doing so, not only are these firms tapping into the local economy to build their infrastructure, but they also eventually hire cheap labor to staff their assembly lines and desks.

In The Philippines, for example, the Department of Labor and Employment (DOLE) has announced that the number of unemployed people nationwide continues to decline, as foreign companies start renewing their investment interests and contracts in the country post-2008 economic recession; the results of the April 2012 Labor Force Survey (LFS) did indicate that the number of unemployed people in the country went down slightly from estimated 2.87 million to 2.8 million in the same period last year. The projected high economic performance of the Philippines has induced a growth in investments and in jobs; the unemployment rate over the past five rounds of NSO (National Statistics Office) survey has been falling. Recently, the National Statistical Coordination Board (NSCB) has reported a 9.4% increase in FDI approved by the country’s investment promotion agencies, P44.1 billion as opposed to the P40.3 billion recorded in the previous year. Subsequent increases in FDI could partly be due to Nestle and Unilever using many developing countries as production hubs for certain products, which are then distributed around the region and to markets in the Middle East (i.e. Halal milk and meat products).

Business Process Outsourcing (BPOs) are key components of FDI, as they draw on outside investment and on the collaboration between labor and industry, government agencies, and the academe to implement skills training programs for BPO sectors in provinces and in the metro. Most multinational companies prefer to outsource certain sections of their business operations, such as accounting or distribution, to local companies to lessen logistical costs. Thus, not only does outsourcing benefit multinational operations in the country, but it also strengthens local businesses that are able to provide the expertise to fill the demand.

Many countries in Asia, such as China, the Philippines and Indonesia have consistently been top choices for business outsourcing. These countries have the resources to provide high quality productivity without incurring high labor costs.  This “cheap labor” has made these countries hotbeds for offshore outsourcing jobs that would require knowledge and skills on information technology, marketing, finance, and communications. In The Philippines, the continual increase in BPOs have helped strengthen the economy and provided jobs for many Filipinos. According to a recent survey, Philippine BPO is a major industry forecasted to earn between US $11 to 13 billion and to employ 900,000 additional people. Currently, these service-related businesses comprise 51.4 percent of the total employed population of the Philippines, by far the largest labor group.

With the different manpower and specialized labor needs of the various multinational companies, BPOs have diversified to encompass many sectors. FDIused in this manner can become a boon to developing countries, since more often than not multinational companies can target a company’s comparative advantage in an industry and augment the income or training of local businesses situated there.

Western multinational corporations involved in the legal and medical fields use local companies as their offshore outsourcing service providers to handle and organize their medical reports, discharge summaries, operative reports, and hospital and clinic reports. Many outsourcing companies are set up for this role, and provide software, equipment and manpower; these essential services involve technical skills that specifically cater to legal and medical companies abroad.

A large number of financial companies and huge corporations, local and abroad, seek accounting and bookkeeping assistance and inquire about services such as account maintenance. These fields are major contributors to BPOs, since they also include payroll processing, asset management, financial analysis and auditing, financial and tax reporting, and other finance-related services.

Food Service and Distributiona major industry in many Asian countries, where the food service industry has to constantly feed the high demands of growing populations. Large multinational food and beverage corporations, such as Unilever and Coca-Cola, rely on local manufacturing and distribution companies to store or package their consumer products. In past years, labor and logistical concerns have made it more costly for multinationals to directly and consistently manage operations in most states.

With the dawn of the information technology age, companies around the world have sought specialized Information Communications Technology(ICT) and Internet businesses to help streamline certain management operations. ICT labor is one of the most popular services sought from local outsourcing companies. ICT requires people who are skilled in computer technology and designs, and jobs would range from information technology to web and graphic designing. Companies would invest in research teams from ICTs to develop specific software, such as accounting software, and application integration for use in their respective systems. Modern call centers also employ specialized personnel that can cater to those who require virtual assistance for a particular product.

More than 12,000 workers in the BPO industry in Negros Occidental have benefitted from the development of BPO ICTs that have provided well payed jobs for numerous Filipinos. These include major call center companies operating in Bacolod; including Convergys, Teleperformance, Teletech, Transcom, and PanAsiatic Solutions. According to the Next Wave Cities 2010-2011 report, IT-BPO jobs in Bacolod have risen by 67.71% in three years; from 2,154 workers in 2007 to 12,167 in 2010. It is evident that the rise of ICTs and BPOs has reduced unemployment rates. The investments in BPOs from multinational companies and other domestic companies must be consistent, however. Perhaps the Philippine government will invest further in BPOs and form key public-private partnerships, though the feasibility of this endeavor remains to be seen. Such a move could decrease local companies’ reliance on foreign companies for sustained business. 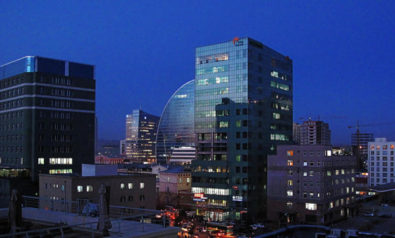