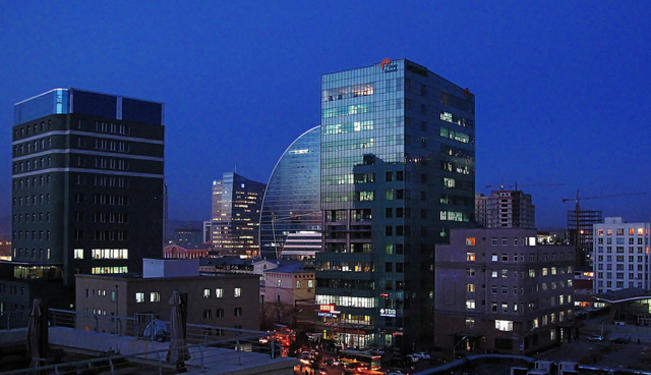 Mongolian leaders must wisely manage the wealth coming from the sale of natural resources to ensure they do not experience the resource curse as have many countries that are abundant in natural resources. Luckily, so far, they have made an effort to keep it at bay.

Positioned in between the economic powers of Russia and China, Mongolia has the fastest growing economy and is one of the most resource-rich countries in the world, but its leaders must make a concentrated effort to avoid the resource curse. With the commitment of Mongolia’s president, Tsakhiagiin Elbegdorj, to manage the resource wealth responsibly and efficiently, they may succeed in preventing it from occurring.

Rise of the Wolf Economy

Currently, Mongolia, referenced to as the birthplace of the legendary Genghis Khan, is considered the “fastest growing economy in the world” with an “unprecedented” growth in gross domestic product (GDP) of 17.3 percent in 2011, an increase from about 6.4 percent from the year before. Nicknamed the “Mongolian Wolf”, mirroring the naming convention applied to fast growing economies such as the Asian Tigers, Mongolia’s growth story began in 2009, when the government signed a deal with Canadian mining company, Ivanhoe, and the London-based Rio Tinto to explore “32 million tons of copper and 1,200 tons of gold” at the Oyu Tolgoi mine, located at Khanbogd district in the Gobi Desert. Mongolia’s Minister of Mineral Resources and Energy, D. Zorigt, estimates that with the expansion of the mining sector, Mongolia’s 2008 GDP of $5.3 billion could triple over the next decade; the Oyu Tolgoi mine “already” comprises an estimated thirty percent of the economy, even though it has not yet opened. Furthermore, Mongolia has other profitable resources including iron ore, coal, and uranium that have yet to be explored.

With the expansion of the mining sector, Mongolia’s socioeconomic landscape has been changing dramatically over the past three years. Many foreign investors including luxury retailers Louis Vuitton, Burberry, and Emporio Armanihave started setting up shop in the capital city of Ulaanbaatar, catering to the one or two thousand people who are currently benefitting from mining operations. Ferragamo and Dunhill are also looking for real estate as the wealthy classes may continue to expand over the next decade in Mongolia, which Maureen Orth (“The Luxury Frontier”, 2011) of the Wall Street Journal depicts as the ‘New Frontier for Luxury Shopping’. Also, the companies at the helm of the mining at Oyu Tolgoi have begun building the necessary infrastructure for their operations, disrupting the lives of herders who live in the communities surrounding the mines. Once a sleepy district, Khanbogd is now experiencing rapid development: “The dusty roads are now crisscrossed with cars and vans, as well as the shuttle buses filled with workers traveling from their nearby camp to the mine and back. Electricity is now available to households for set periods throughout the day, and the mine has promised residents 24-hour electricity soon”. Though these changes may appear positive at first glance, depending on one’s viewpoint, one of the main issues Mongolia must contend with going forward is how to manage their newly found wealth to escape the resource curse.

As Mongolia continues to benefit from resource wealth, particularly after Oyu Tolgoi opens within the next few months, its leaders must be careful to ensure that the state does not fall victim to the “resource curse”, a predicament which many resource-rich countries, most notably Venezuela and Nigeria (Robinson, Torvik, & Verdier, 2006), have experienced when they “perform less well [economically] than their resource-poor counterparts” (Ross, 2009). Though there is some disagreement with respect to its particular causes, political scientist Michael Ross (2009) maintains the resource curse generally occurs when a resource-rich state’s political leaders mismanage incoming wealth from the sale of natural resources. Often, they use the money to finance short-term goals including offering opposition groups benefits such as “low taxes and generous welfare programs” to dissuade them from pressuring the government to create sustainable economic policies (Hootan Shambayati as cited in Ross, 1999). As these opposition groups refrain from holding government leaders accountable for their actions, individual political leaders have less of an incentive to promote economic development, which typically leads to the limited growth that defines the resource curse.

Of course, there is a good chance that Mongolia may not repeat the errors of other resource-rich countries who have experienced the curse. Notably, as Peruvian economist Hernando de Soto demonstrates, Mongolian leaders, namely their current president, Tsakhiagiin Elbegdorj, have been more hesitant to extol of the virtues of resource wealth than their counterparts in other resource-rich countries, particularly in the developing world. De Soto notes that while in “most developing countries, they’ll [political leaders] tell you, ‘We’re saved; we’ve found uranium’”, Elbegdorj contends “‘we are in grave danger because we have discovered we have a lot of natural resources’”. As he is aware of the potential threat of the resource curse, it is likely that he will put responsible economic policies into place. Additionally, the Mongolian parliament has made an effort to reinvest the wealth in the Human Development Fund (HDF) to prevent the incoming resource wealth from filling the coffers of greedy government officials (Brookings Institution, 2012). According to a recent Brookings Institution (2012) report, the HDF is “expected to provide pension, health, housing, and educational benefits as well as cash payouts to all citizens, and thus be [used as] a mechanism to distribute the wealth obtained from Mongolia’s minerals equitably among the populace”, particularly the twenty to thirty percent of the population living in poverty.

Even in spite of these positive developments, Mongolia remains one of the most corrupt countries in the world, ranking 120 out of 182 on Transparency International’s 2011 Corruption Perceptions Index. Corruption within the government is rife, and most recently a court in Ulaanbaatar sentenced one of the country’s highest ranking officials, former prime minister and president, Nambaryn Enkhbayar, to prison for four years after a year-long corruption investigation. With such corruption problems, the suspicion of the Mongolian people as to whether the government will fulfill their promises to fund much needed social services through the Human Development Fund, is warranted. But Elbegdorj seems adamant that the incoming monies must be reinvested in human development, maintaining they cannot tolerate the continuation of corruption within government as it is the country’s “mortal enemy”. Whether or not Elbegdorj succeeds in this aim remains to be seen, but the fact that he appears sincerely committed should inspire some optimism that Mongolia will avoid the resource curse. 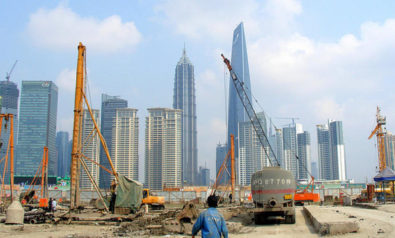