In an article on Fair Observer describing the quandary India faces as its economy seeks to react to the global trend toward electric vehicles, Atul Singh and Manu Sharma make the strategic observation that investing in battery technology should be a key to India’s economic future. Because of what the authors call “India’s weak industrial ecosystem,” the world’s second most populated (and, without contest, most polluted) nation seems ill-prepared to take up the industrial challenge.

The authors focus on the question of supply chains and investment strategies that could permit India not just to meet its own pressing needs, but also take a strong position in a crucial emerging sector of the global economy. They point to the fundamental obstacles that exist at the core of India’s political culture: “With its tiny diplomacy, lethargic bureaucracy and election-obsessed politicians, India has only belatedly woken up to its cobalt and lithium shortage.”

The state of mind of politicians in every democracy

How exceptional is India? Most people deem all bureaucracies “lethargic.” Wasn’t that one of the complaints about Europe that led the British to vote for Brexit? The question then might be: On the known scale of lethargy for bureaucracies, how does India rank? It would probably be classed among the most lethargic, simply because the notion of the time it takes to do anything in India is more flexible than in other cultures, especially in the West.

It’s true that India has never been good at diplomacy, possibly because in its short historical existence as a nation, it hasn’t had time to create its own diplomatic traditions. Then there’s the fact that India gained its independence just as the Cold War was blossoming and found itself squeezed between two monoliths, the US and the Soviet Union, as its former colonial masters in Britain looked on over the shoulder of the Americans.

As for its election-obsessed politicians, India appears to be neither significantly better or worse than most other democracies. Is there any nation in the world with a functioning democratic electoral system that can today demonstrate the capacity to deal with its own challenges, let alone those that require international cooperation? Is any existing democracy capable of thinking through and exploiting the very real opportunities that exist in a world undergoing radical technological transformation, a technical revolution that is already having a severe impact on social and economic behavior?

The central activity of politicians these days and the focus of their attention on a daily basis is fundraising to advertise themselves and ensure their reelection. That leaves them little time for serious reflection. But worse, it makes them more responsive to their donors than to the electors or to any coherent political vision.

There is cause to believe that elections — the standard means of securing power and influence in modern democracies — have paradoxically come to represent the most fundamental obstacle to intelligent political decision-making. And here the paradox becomes a serious quandary. Is it possible to have democracy without elections? Or could we imagine an electoral system different from the models we now have? Are we even allowed to criticize those models and amend them without being accused of subversion?

When we look at the resistance in the US to changing the antiquated Electoral College (to elect the president) with its increasingly evident perverse effects, the prospects for improving democracy seem bleak.

Athenian democracy was possible because Athens was a city-state, a small geographical entity with a restricted notion of citizenship. Its operational governing body, the Boule, consisted of 500 men, 50 from each of what were called the 10 Athenian tribes.

Unlike modern democracy, Athenian democracy had no elections and was clearly not “representative” in the modern sense, in which legislators participate in government to reflect the interests of their local constituency. Tribes were not families, clans, guilds, corporations or social groups. They were more like political teams, composed of diverse elements taken from a cross-section of the Athenian population. Each tribe included citizens from the coastal, urban and inland areas. This means that within a tribe, a diversity of interests had to find or elaborate principles of cooperation and collective identity that did not directly correlate with any group or individual’s purely economic interest.

Greek religion provided what amounted to a fictional framework for the development of the tribe’s group identity. Like a modern sports team and its brand, each tribe established its identity associated with a god or eponymous hero, around whom the members collectively evolved their tribe’s culture. This model of democracy lasted for approximately 200 years, until the dominance of the Macedonian kingdom of Philip II, followed by his son, Alexander the Great, built a Greek empire.

Modern democracy emerged in the 18th century in the context of the expanding economic culture we call capitalism. It paradoxically included a notion of empire akin to Alexander’s, though considerably more sophisticated. Capitalistic European empires focused not on the needs of their people and even less on those of its conquered people. They focused on the notion of  “wealth” highlighted by Adam Smith’s “The Wealth of Nations.” The notion itself derived from the Old English word “weal,” which essentially meant the well-being of a community.

By the 18th century, “wealth” had come to include notions of organization, management, control and exploitation of resources as well as their translation into monetary value. In today’s culture, wealth has been further reduced to a fundamentally monetary concept. For some, it simply translates as gross domestic product.

This evolution should highlight the fact that capitalism is not only a set of laws about property and its exploitation but also a culture. Because market value has become the measure of worth, the notion of property itself has changed from something perceived as a permanent attribute of a group or an individual to something temporary that can be freely bought or sold: an asset. US President Donald Trump’s offer to buy Greenland from Denmark provides the perfect illustration of the radical nature of the change in cultural mentality at the core of the capitalist culture. The Danish prime minister, Mette Frederiksen, whose capitalist culture is less evolved than Trump’s, called the offer “absurd.” Trump reacted by calling that an insult to the US.

Only a few people cited in the media appear to be asking the big question facing all nations and cultures today. A question whose urgency is demonstrated in daily headlines, whether they concern Brexit; the yellow vest movement in France; Trump’s political racism; the incineration of the Amazon; the coalition of the month in Italy; blockades and sanctions on national economies; or the rise of a clearly undemocratic but, in many ways, the supremely capitalistic economy (but not the culture) of China. That is: Are democracy and capitalism compatible?

People seem to have blindly accepted the idea that voting means expressing one’s purely economic interests. In such circumstances, the common good is no longer in anyone’s sights and the very idea of a “weal” or “common wealth,” once a fixture of nationalism, disappears from the political horizon. Democracy itself becomes unsustainable because its operating principle and logic become anarchic, chaotic. All forces diverge and only local pockets of dominance can temporarily come to the fore. No principle of social harmony exists.

Which is why it’s worth reflecting that China’s commitment to communism has nothing to do with opposing capitalism and even less with imposing Marxism. Chinese culture, whatever the regime, has never abandoned its ideal and core value of harmony.

India is radically different. Many of the local cultures of the Indian subcontinent (but not today’s Indian nation) may have had a sense of harmony in the past, but the lasting effects of the caste system, the colonial experience under British rule and the capitalist reconfiguration of the global economy have damaged that sense beyond repair.

When the two most populous nations in the world provide, in contrasting ways, glaring examples of the dysfunction of the very idea of democracy or people’s government in a capitalist world, it is certainly time for the rest of the world to rethink what they mean by both democracy and capitalism. 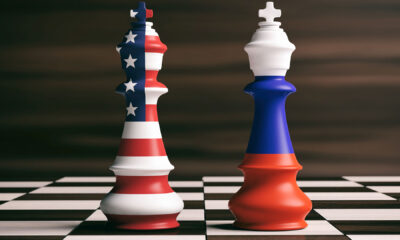 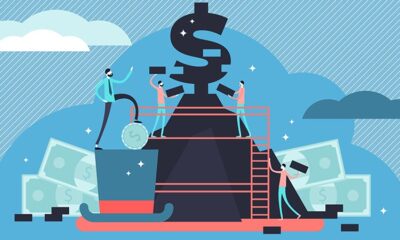