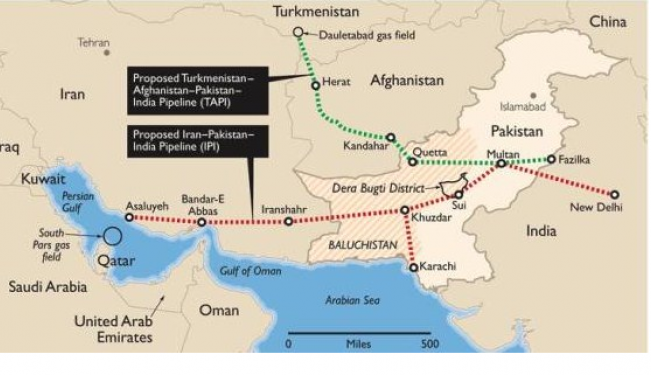 Insight into the problems plaguing one of South Asia's most unstable and volatile regions, Baluchistan.

Baluchistan, the largest and most resourceful province of Pakistan, has been declared the most insecure place in the world today by the Obama Administration. The toxic mix of Taliban actors and nationalist militants, poverty, illiteracy, and lawlessness exacerbates the situation, leaving civilians incredibly worried. The paramilitary force in the region has been accused of running a parallel government by the Chief Minister of Baluchistan, Aslam Raisani, on a number of occasions. Nationalist forces accuse the FC (Frontier Constabulary, a military police branch of Pakistan’s armed forces), along with the Inter-Service-Intelligence (ISI) and Military Intelligence (MI) of being a primary perpetrator behind the deteriorating situation in the province.

The “Quetta Shura,”an Afghan–Taliban leadership council supposedly headed by the Taliban leader Mullah Umar, further increases the importance of this strategically located south-western province. The Pentagon considers Quetta city (capital of Baluchistan) the safe haven for Taliban insurgents. As the drone campaign on Pakistan’s tribal areas has expanded, the Obama Administration intends on extending these attacks on the major western city of Quetta, which contains a population of around 900,000.  Pakistan’s Foreign Office and Interior Ministry declared the “Quetta Shura” to be a myth and demanded evidence of where this group operates.

The Federal Interior Minister, Rehman Malik, has often aired his displeasure at the presence of external forces in the region. Other political executives share his views and have repeatedly called press conferences, accusing both the government of Hamid Karzai of sheltering Baluch nationalist miscreants, and India’s national intelligence agency, the Research and Analysis Wing (RAW), of funding militant groups in Kandahar and Jalalabad, Afghanistan.

Amidst these disputes also lies the question of Baluchistan’s Arabian Sea port, Gwader. Strategically located near the Strait of Hormuz, it has already been declared the “ultimate prize” and an imperative part of the Af-Pak chapter of the Obama’s government’s “Overseas Contingency Operation” (OCO), formerly known as “Global War on Terror” (GWOT).

Another factor which adds to the general discomfort is that the Iran-Pakistan-India-pipeline (IPI), which would deliver Iranian gas to India via Baluchistan, is a project opposed by Washington. The US opts, instead, to exclude Iran by proposing a Turkmenistan-Afghanistan-Pakistan-India pipeline – and has planned its layout through western Afghanistan and into Gwader.

The Gwader port is being built and funded by China (at an estimated cost of $200 million), which has produced US fears that China will establish a naval base in the port of Gwader, attempt to buy gas from Iran, and in the process “endanger” the Indian Ocean and the Arabian Sea.With China’s financial involvement in Gwader, Pakistan’s position as a strong ally to the US in the “War against Terror” remains uncertain. In spite of the internal violence it has suffered and the sacrifices that Pakistan has made in order to help with the GWOT, it has been left humiliated by recent events. The capture of Osama Bin Laden from his residence in an Abbottabad mansion, only a few kilometres away from a Pakistani military compound, left Pakistani officials struggling to defend themselves against accusations of complicity.

In addition, in the past recent months, Baluchistan has been incredibly unstable, and has been the centre of attention for global organizations such as Amnesty International and Human Rights Watch with regards to illegal abduction and extra judicial killing. On June 1, a renowned professor at Baluchistan University, Saba Dashtayari, was gunned down in broad daylight on the main street of Quetta, in the presence of several witnesses.

In the coming months, it is likely that security will continue to disintegrate. Human rights violations will continue in Baluchistan with more target killings that will only accentuate the people’s resentment. According to locals, unidentified and armed peopleare steadily rounding up intellectuals and independent thinkers who chant the slogan of an independent Baluchistan on a daily basis, whose decomposed bodies are later found with marks of torture and headshots at point black range. Based on other known information, sectarian unrest will likely be followed by continued terrorist planning, and future attacks against religious targets in Quetta are also likely to continue. A complete disaster, indeed.