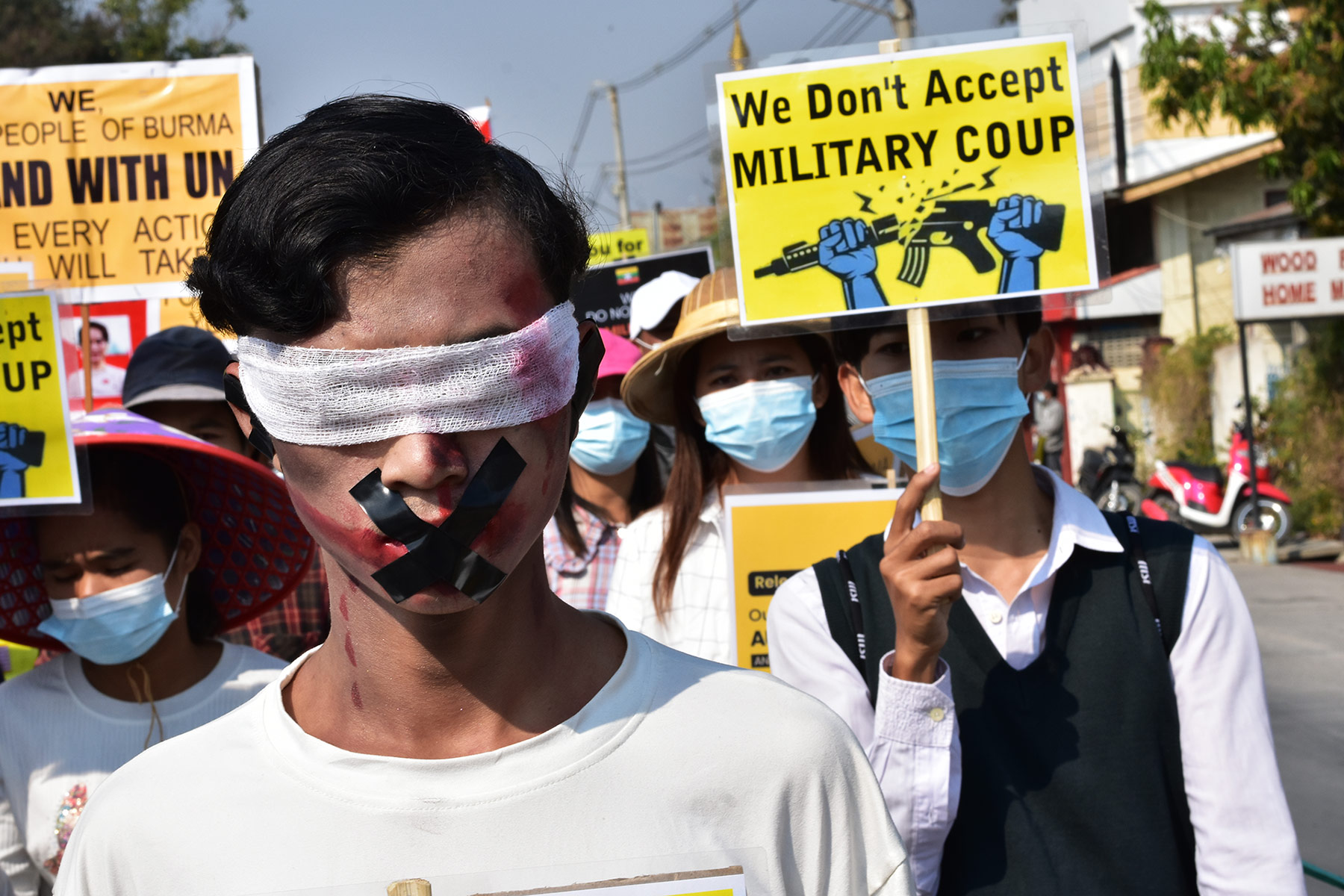 On December 6, the world saw Myanmar’s leaders ousted by a military takeover earlier this year receive their first verdict in a series of trials. National League for Democracy (NLD) leader Aung San Suu Kyi and President Win Myint were both initially sentenced to four years in prison for inciting dissent and breaking COVID-19 rules. While her sentence was subsequently halved after a partial pardon by General Min Aung Hlaing, Suu Kyi faces a total of 11 charges that might see her spend the rest of her life in prison.

How Deep Are the Roots of Democracy in Southeast Asia?

When the Association of Southeast Asian Nations (ASEAN) declared Min Aung Hlaing persona non grata at the leaders’ summit back in October, it resulted in the quick release of over 5,600 political prisoners. However, it also precipitated resistance to ASEAN’s plan for a non-violent ceasefire. This was characterized by the rejection of the request by ASEAN’s envoy to Myanmar, Dato Erywan Yusof, to meet Aung San Suu Kyi and other detained leaders. With more verdicts pending, what will ASEAN’s next steps be?

It is easy to berate ASEAN for its delayed response to the February coup and to what has now become a humanitarian crisis, with nearly 1,300 dead, 200,000 displaced and 3 million in need of assistance. However, the immediate move by the United States, the European Union and the United Kingdom to enforce economic sanctions on Myanmar has not produced the hoped-for results.

Although economic sanctions affect many industries across the country, such as the military conglomerates Myanmar Economic Corporation and Myanmar Economic Holdings Ltd, they have done little to nudge the military leaders toward a ceasefire. Instead, repression and bloodshed intensify by the day.

The inefficacy of economic sanctions is a difficult pill to swallow, but it forces us to confront two realities. First, the military leaders assign very low importance to economic growth vis-à-vis the pursuit of their political agenda. In this crisis, the main focus of the military leaders is to right what they believe is wrong, namely nurturing a “true and disciplined democracy” based on the claim that the landslide NLD win in November 2020 was rigged.

The verdict against Aung San Suu Kyi is an indicator that despite a persistent international backlash, the economy has taken a backseat and will continue to be compromised if it means that the junta can legitimize its position.

Economic and travel sanctions like those implemented by the European Union, the US Treasury, New Zealand and the United Kingdom, among others, will limit the movement of the military leaders and hold businesses in a tight chokehold. As the fight for survival continues, economic sanctions will only cause the skyrocketing of prices on goods most people will no longer be able to afford. Along with the ongoing COVID-19 pandemic, this will only help to drag half of Myanmar’s population into poverty in 2022.

Secondly, curtailing Myanmar’s dealings with global actors like the US, the EU and the UN is not as fruitful as many would like to think. To offset the newest round of sanctions, Myanmar’s military leaders have linked arms with superpowers on the other side of the political spectrum, like China and Russia. Therefore, the remaining challenge for ASEAN is to develop a non-violent strategy that can bring a quick end to the bloodshed while making room for negotiations aimed at giving the people of Myanmar a say in their own future.

Despite the suppression of the 1988 uprising, when a military junta again seized power, and the ensuing crackdown on civil rights, then-Burma was admitted to ASEAN in 1997. The move was not without controversy, with continuing international pressure to make the admission contingent on democratic concessions from Yangon, but geopolitical and economic considerations drove ASEAN’s decision. Unsurprisingly, Myanmar’s accession opened a new set of challenges for the bloc, especially vis-à-vis its non-interference principle.

The policy discourages states from intervening in the internal affairs of fellow members, including criticism of state actions against its citizens, and condemns those perceived to be in breach of the non-intervention principle. It also denies support to any rebel group seeking to destabilize the government of a neighboring state, providing political support and material assistance to members to counter disruptive activity. To put it broadly, the non-interference policy means that all member states tend to take a hands-off approach when it comes to the national affairs of their regional counterparts.

As a result, one of the main criticisms faced by ASEAN over the decades has to do with its delay in interfering in regional emergencies, like the 2015 Rohingya crisis that was later identified as ethnic cleansing by the United Nations. Thus, it was only by 2005 that ASEAN arrived at a collective consensus to bar Myanmar from the 2006 chairmanship to void a boycott by the West, with the US and the EU condemning the military’s refusal to implement democratic transition and release Nobel laureate Aung San Suu Kyi, who won the 1990 election but was placed under house arrest instead of assuming office.

The association’s silence on its member states has become a significant liability for ASEAN’s reputation. Seeking to enhance the bloc’s international standing and to attract financial support and foreign investment, ASEAN nations finally had a common cause to intervene for the sake of regional stability. Myanmar’s eventual agreement to give up the chairmanship that year also meant the bloc was effective in keeping the military leaders updated on its incremental steps in having a more active approach for the sake of the social and economic stability of all member states.

Fast forward to February 2021, and both Myanmar and ASEAN find themselves in a near-identical predicament. After international criticism fueled lengthy discussions that lasted over two months, ASEAN reached the Five Point Consensus as its action plan. The surprise election of Dato Erywan Yusof as the bloc’s special envoy for Myanmar outside the original list of nominees followed, demonstrating not only the internal divides within the bloc but also indicating that Yusof was the only sound choice for ASEAN to earn the trust of all stakeholders and to make decisions with required caution.

These moves show that extensive efforts have been taken in order for ASEAN to reach a consensus with the Myanmar leaders and, more importantly, for ASEAN to ensure Myanmar was still included in the process. The Five Point Consensus is a gradual strategy that offers a way for ASEAN to begin negotiations with the Myanmar military through diplomatic engagement and respecting the hard-fought national independence of other member states.

To find a middle ground, Yusof has proposed measured, non-violent strategies that would begin with humanitarian assistance and policy guidance through the ASEAN Humanitarian Assistance Centre, followed by a more substantive discussion with the junta in exchange for full access to all parties. ASEAN is currently playing a calculated game of push-and-pull. The military leaders need their relevance in Myanmar politics to be acknowledged, which ASEAN has already indirectly provided; in response, the junta’s lack of cooperation and reciprocity to the consensus protocol provided room for ASEAN to plan its next step.

In comparison to the economic sanctions, by barring Myanmar’s representatives from this year’s summit, ASEAN has taken a more calculative approach in allowing the junta to consider the consequences of non-cooperation. Simultaneously, ASEAN‘s secretary general, Dato Lim Jock Hoi, stressed that humanitarian assistance “should not be politicised.” At the end of the October leaders’ summit, His Majesty Sultan Hassanal Bolkiah reiterated that “Myanmar is an integral part of the ASEAN family and their membership has not been questioned.”

Despite repeated urgency for stronger action, ASEAN recognizes that coercive strategies are not effective in seeking a final resolution. As much as this is a race against time, it is also unproductive to rush political negotiations that can result in more harm than good. It is clear that ASEAN has moved beyond its non-interference principle and is exercising both caution and effort as the sole moderator in this crisis. Ultimately, continuous criticism can only achieve so much. 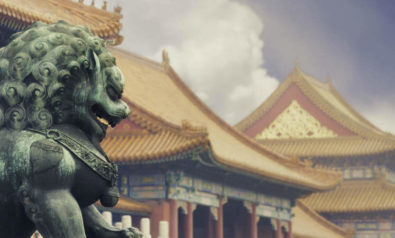 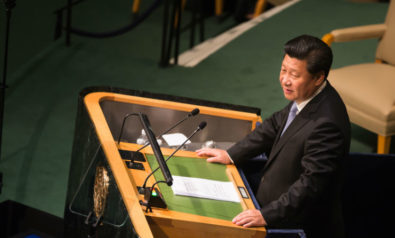