Obama leaves a mixed legacy in the Asia Pacific. A Trump administration may reverse much of it.

Presidential transitions are seldom flawless affairs. Yet, by all accounts, Donald J. Trump’s has been a mess. Trump has not taken to the role of president-elect well, either acting as if the campaign trail is not yet over, taking to Twitter to settle scores with old enemies or, more confusingly, acting as if he were already president. His premature grasp of power has caused ripples not just in business, but also beyond American shores in the Asia Pacific.

China has responded angrily to his proposal that the United States may change its policy toward Taiwan—which Beijing considers a breakaway province—resulting in the Obama administration reconfirming its commitment to the status quo. And understanding the impact of his tweets, South Korea has already appointed a Ministry of Foreign Affairs official to monitor the president-elect’s Twitter account. As far as messy transitions go, it is as if America has two presidents at the same time.

And when there is just one president, what will his grand strategy toward the Asia Pacific look like? Crucially, will the pivot to Asia—a quintessential part of President Barack Obama’s foreign policy—survive a Trump administration?

Scope for Success and Failure

As US-led wars in Iraq and Afghanistan winded down in 2011, the Obama administration sought to rebalance American interests away from the troublesome Middle East and toward the Asia Pacific. Home to almost half the world’s population and a sophisticated US military presence, the region presented America with a sphere of influence with potential for expansion and a huge scope for success.

While trade policies played a significant part in the pivot, at the heart of the policy was a desire to strengthen military ties with old allies like Japan, South Korea and Taiwan, and foster new ones with smaller nations like Vietnam and Myanmar— coincidentally, all nations that found China’s new confidence threatening.

Here, the Obama administration made huge successes. In 2013, Vietnamese Prime Minister Nguyen Tan Dung welcomed the US to play a larger military role in the region. Three years later, the American president fully lifted an arms embargo on Vietnam. And Obama and Hillary Clinton, who served as his first secretary of state, can also lay some claim to setting Myanmar on a path of democracy, thus bringing it closer to the US.

Strategically, the pivot also meant using these newly-bolstered relationships to maintain peace and security across the region; in other words, countering China’s assertiveness by defending the freedom of navigation in the South China Sea and taking preventive measures against North Korea’s nuclear proliferation. In this regard, the failings of the pivot become clearer.

China’s increasing dominance in the South China Sea since the turn of the decade has led one influential think tank to conclude that the contested region would become “Chinese lake” by 2030. Beijing’s continued development of aircraft carrier groups and the creation of artificial islands for military purposes placed the Middle Kingdom at a much more powerful position than before Obama took office in 2009.

The failure of the Association of Southeast Asian Nations (ASEAN) to amount a unified opposition, coupled with continued quarrelling between South Korea and Japan, will do little change China’s trajectory of power.

Neither has the pivot led to a nuclear-free Korean Peninsula. After testing atomic weapons in 2009 and 2013, North Korea detonated a hydrogen bomb last year. The US imposed more sanctions but has been unable to persuade the Hermit Kingdom’s main ally, China, to cease propping up the regime.

But trying to measure the successes and failures of the pivot at the present time is shortsighted. President Obama’s policies in the Asia Pacific were (characteristic of him) focused on the long term. The pivot, after all, would provide the starting point for “America’s Pacific Century,” as Secretary Clinton wrote in 2011.

President Obama’s tenure in Asia has been about retaining stability, which he has largely succeeded at, if at the expense of American influence. Donald Trump has never shown himself to be so long-sighted. Not one for detail, the president-elect has only made general statements about his policy for the Asia Pacific. The pivot to Asia will likely stall.

The relationships strengthened by Obama may be halted by the new president, for example. On the campaign trail, Trump recommended that US allies in East Asia like Japan and South Korea should get their own nuclear weapons and rely less on American military power.

He has called Kim Jong-un a “maniac” and seems concerned over North Korea’s nuclear program. Yet if South Korea were to mirror its northern adversary and begin its own weapons program, a nuclear arms race is inevitable. That’s uncharted territory, even for a region that spent much of the 20th century in violent struggle with itself.

Adding to the uncertainty, relations with China could seldom be off to a worst start. Bringing Taiwan into the limelight, Trump has threatened to put the One China policy up for negotiation—whatever that means. Will a Trump administration cease to protect Taiwan from Chinese aggression if the price was right? Or will the US officially recognize Taiwan again? It might not matter. Either option could set China and Taiwan down a dangerous and unpredictable path.

And prompting further Chinese outrage, Rex Tillerson, Trump’s pick for secretary of state, said: “We’re going to have to send China a clear signal that, first, the island-building stops and, second, your access to those islands is also not going to be allowed,” taking a more assertive tone than any previous secretary of state since the Cold War.

It is hard to predict how the spat between Beijing and a Trump administration may spiral. Indeed, the incoming team is without a grand strategy—especially if it chooses to do away with the pivot to Asia.

In fact, Trump has shown little inclination to preserve US interests in the region. His disagreement with China is not over stability, but supposedly stolen American jobs. If Trump is simply seeking better economic terms with China and is willing to use allies as bargaining chips, the South China Sea could become a Chinese lake sooner than expected.

The pivot to Asia may have had more shortcomings than successes, but as the region heats up in preparation for a Trump administration, Obama’s subtle touch will be sorely missed. 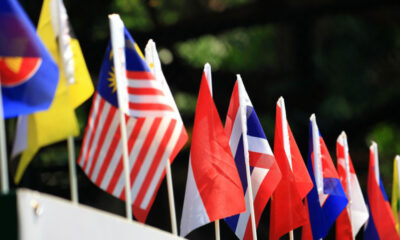 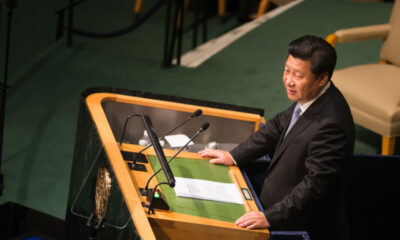