Progress in Myanmar is incremental, but the country’s vulnerabilities remain visible to both locals and foreigners.

As a traveler exploring Myanmar, the scale and pace of development in the country is hard to miss. Wherever you look, there is some form of construction or renovation — from old office blocks getting new paint jobs to new luxury hotels being built next to them.

Money is flowing into Myanmar at a staggering rate, and no time is being wasted in putting it to good use. At least that is how it appears on the surface. However, there is more to the country than what its enthusiastic tourists see.

With an 8.5% growth rate expected in 2015,  Myanmar’s economy is doing quite well. Deregulation and financial incentives have made it easier for both national and international businesses to set up shop. Foreign investors, with China at the top of the list, are flooding into the country. For the first time, services such as cellular carriers and Internet companies are gradually expanding outside main cities, connecting the rural and remote areas to the outside world, which in itself generates more business opportunities for everyone. ATMs, which were rare outside major cities until recently, are now available throughout most of Myanmar.

Politically, too, the country has moved forward considerably. The release of Aung San Suu Kyi and other political prisoners, the comparative freedom of the press and the revival of political debates in parliament have impressed the world, which looks on with both enthusiasm and caution. The National League for Democracy’s (NLD) self-imposed ban on tourism has been lifted, and travelers have begun pouring in, introducing locals to foreign ways and customs, while simultaneously contributing their two cents to economic growth. Peace treaties are being negotiated in a bid to end the numerous insurgencies.

There are signs of progress all around, but that is to be expected from a country coming out of 50 years of isolation. However, can Myanmar keep this up? All positive signs aside, the answer to that question is far from certain.

Concerns for the Economy

Infrastructure-wise, there are a myriad of challenges Myanmar has to deal with. Due to prolonged isolation, the country’s infrastructure is severely underdeveloped and is unequipped to meet logistical demands. Roads, railways, ports and airports all need expansion and modernization. Myanmar severely lacks decent public transportation systems. The roads of Yangon, the former capital and main trading hub, are vexed by traffic jams. The city’s circular railway, unchanged for decades, is unequipped to deal with present-day commuter demands. There are talks of building a modern subway, but it is unclear when construction will start, if at all. Education is another hurdle as the country is desperately in need of an educated and skilled workforce, as well as institutions to train them. Apart from that, Myanmar suffers from corruption, illegal trade, data-insufficiency, lack of transparency and the absence of a solid legal system — all of which need reform to support a stable free-market economy.

On a positive note, Myanmar’s transformation has resulted in world powers such as China and the United States trying to pull it into their respective spheres of influence. Additionally, Myanmar’s membership to the Association of Southeast Asian Nations (ASEAN) has pushed its focus more toward Southeast Asia, especially since it became part of the ASEAN Economic Community launched in January 2015. Benefits aside, this also leaves the country more vulnerable to the ups and downs of the global economy, which has seen better days.

Myanmar’s democratization process is laudable, and the country has made a lot of headway in the past five years. However, it would be unwise to assume that Myanmar’s plan to transition to democracy will be one as ambitious as Indonesia in 1998. An indicator is its military, the Tatmadaw, which holds 25% of the Union Assembly and its state and regional legislators – reminiscent of Indonesia at the height of authoritarian rule, instead of its reformation period.

It is important to remember that Myanmar’s military leadership has firmly entrenched itself in the newly-built capital, Naypyitaw. This makes the new capital somewhat of a paradox: Why would the Tatmadaw go through the trouble of building a new and secure administrative center for itself, but reduce its own power by initiating democratic reforms not ten years later?

It raises further questions as to how far the Tatmadaw is willing to democratize, and whether or not it is moving toward a pseudo-democracy like Malaysia or Singapore. If the latter is true, the next question would be why the Tatmadaw opted for democratization — out of choice or out of self-preservation?

Among the most pressing internal issues Myanmar faces today is the status of its Rohingya people. The 2014 Rakhine State Action Plan — which only grants citizenship to those Rohingyas who register themselves as Bengali, despite been born and raised in Myanmar — has further deteriorated their position. The government has assured the community it will revise the plan in 2015, but that does not guarantee the betterment of the Rohingya situation, especially amid religious extremism and the government’s nonchalance. Democratic reforms are showing signs of slowing down as general elections inch closer.

For this same reason, Nobel laureate Aung San Suu Kyi is silent on the Rohingya issue. Since her release, she has changed from a symbol of peace and progress to that of a politician more calculative of her actions.

Considering its past, most of Myanmar can be viewed as a post-conflict society, though ethnic conflicts haven’t ended everywhere. A lion’s share of the population, however, is now in the process of defining its identity.

Technological inroads have slowly begun to play a more defining role in that process. Following years of isolation, the sudden surge in people-to-people contact with the outside world has influenced the development of Myanmar’s cultural identity. Koreanization has already been identified as a trend, and it is especially visible among the youth due to the popularity of Korean cinema and K-pop. Globalization comes to the fore, particularly in the application of thanaka paste on the face, along with cosmetics and Western clothing.

Additionally, drug addiction is a noticeable trend that needs to be addressed. Myanmar is the scene of a major heroin epidemic, especially in Kachin State where the problem has grown to such proportions that used syringes litter river banks and spill out of metal garbage cans. Fueled by ethnically motivated insurgency and the proximity of Myanmar’s biggest jade mines, the use of heroin and opium have become widespread among over 65% of the poverty stricken population. Rows of people are getting their fix out in the open without fear of prosecution.

Government officials blame the ongoing insurgency, which keeps them from implementing more programs that work toward eliminating drugs in the region. Local Christian communities stepped up to fill the gaps, but they are fighting an uphill battle, while many recovering addicts quickly relapse after rehabilitation treatment.

This makes it ever more important for a balance to be found in giving every ethnicity a place in Myanmar’s society. It is on this issue the country currently struggles with the most. Rohingyas were not the only minority excluded from Myanmar’s 2014 census. Sadly, plans for a more federalized Myanmar, including incorporating insurgent armies into a Federal Army, are progressing slowly and experiencing setbacks. On February 17, President Thein Sein handed over power to the military and imposed a three-month period of martial law in Kokang Region, northeastern Shan State, following intense fighting between ethnic-minority rebels and the army.

Myanmar has not set itself up for an easy task, and progress remains vulnerable to setbacks. It will take time, and most likely no substantial change will occur before the new government assumes office after the December 2015 national elections.

However, the country has momentum and is spurred on by the international community to keep reforming itself. There appears to be reasonable willingness from various actors within Myanmar to reform the country by working together rather than against each other. 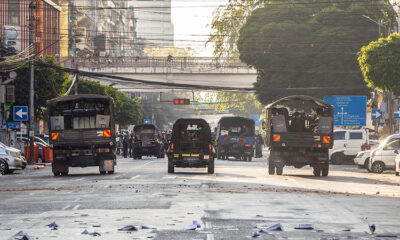 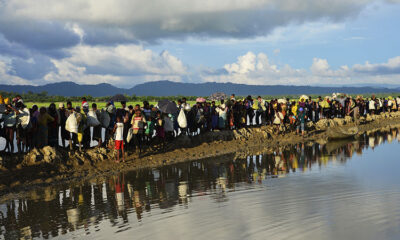 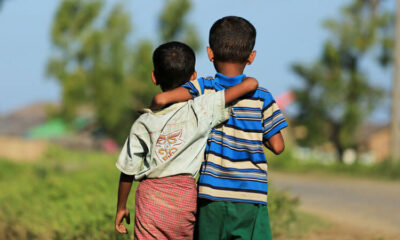