With more than 650,000 people fleeing their homes, the ethnic cleansing of the Rohingya minority by the Myanmar military has reached unprecedented proportions. But patterns of serious human rights abuses and restrictions on humanitarian aid at the hands of the military are neither unprecedented nor limited to the Rohingya. This fact not only reinforces the need for international pressure on Myanmar, but also highlights the urgent need to address an unsustainable situation that, if ignored, could lead to a rapidly deteriorating human rights and humanitarian crisis in another part of the country.

Some 100,000 mostly Christian people continue to live in displacement camps in northern Myanmar, increasingly cut off from life-saving aid. Even as a new round of national peace talks approaches, fighting between the Myanmar military and groups that have not signed a national ceasefire agreement, including the Kachin Independence Army (KIA), has ratcheted up. As recently as Christmas Eve, Myanmar military shells fell near a displacement camp in Kachin State.

Most of the 100,000 people in Kachin and northern Shan States have been displaced since 2011 when a 17-year ceasefire between the military and the KIA, one of Myanmar’s strongest ethnic armed groups, ended. Many have been displaced multiple times. In January 2017, for example, Myanmar military shells fell near a displacement camp causing thousands to flee across the border into China before being pushed back and making their way to a new camp high in the Kachin hills. Another thousand are estimated to have been displaced just since the end of December 2017.

Nearly half of the displaced population in northern Myanmar is living in areas beyond government control, mainly in the hands of the KIA and along the border with China. As Refugees International found in a recent — rare for an outside group — visit to these areas, this vulnerable population faces an increasingly precarious situation. Since May 2016, the government of Myanmar has forbidden any international aid delivery and denied virtually all access for the United Nations and international humanitarian groups. Local groups are still able to deliver aid but at a much higher cost and without the expertise and capacity that international humanitarians can provide.

At the same time, international donors have decreased the overall amount of aid to those national groups. The result, as found in Refugees International interviews with displaced persons in Kachin State, has been an increased sense of desperation expressed by displaced persons and borne out by increased reports of disease, higher dropout rates among students in schools set up for displaced persons, and increased numbers seeking livelihood opportunities in China, where they face growing risks of trafficking and exploitation.

In short, the dangerous mix of less international aid, more restrictions and waning global attention to displacement (going on seven years) has created both a humanitarian and protection crisis.

Conditions have even been worsening for displaced persons living in government-controlled areas. While not facing the near blanket restriction on international aid and services like those in areas beyond government control, these displaced persons face a dramatic increase in restrictions in the form of onerous bureaucratic requirements and delayed travel authorizations. As the UN humanitarian agency’s November 2017 update reported, “Over the last year, there has been a dramatic deterioration in the amount of access granted by the Government for humanitarian workers in Kachin and Shan states.”

Nor has the pattern of increased restrictions been limited to international humanitarians. Local humanitarians and media are also facing greater difficulties and intimidation. In 2017, two Kachin Baptist pastors were arrested for showing international journalists where a Myanmar military shell had landed on a Catholic church.

This links to a broader national trend of a crackdown on media. In December 2017, two local Burmese journalists working for Reuters were arrested for allegedly illegally obtaining documents related to abuses against the Rohingya. The government of Myanmar also continues to insist that it will not grant access to the fact-finding mission established by the UN Human Rights Council, and it recently barred the UN Special Rapporteur for Human Rights from any further visits.

The trajectory of recent events, from arrests of journalists to resumed shelling even near displacement camps, suggests the government and military are not prepared to take steps toward peace and respect for human rights whether in Rakhine or Kachin and northern Shan States. In the absence of internal policy change, the need for international pressure will only become more necessary and urgent.

The holding of emergency sessions at the UN Human Rights Council and UN Security Council and the US sanctioning of Maung Maung Soe — the general previously overseeing the ethnic cleansing campaign in Rakhine State — are welcome steps. But more must be done, including further targeted sanctions, suspension of military to military cooperation and imposition of a multilateral arms embargo.

The ethnic cleansing of two-thirds of the Rohingya community previously living in Myanmar already begged all of these steps and more concerted international pressure. The ongoing plight of other minorities in Myanmar should not only reinforce the need for that pressure, but also remind us of broader risks of insecurity and even greater civilian suffering.

The Crucial Role of Media in Nepal 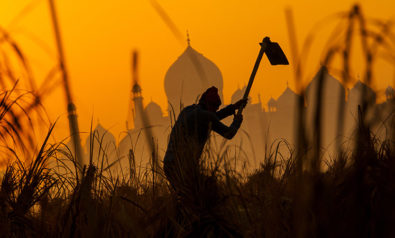