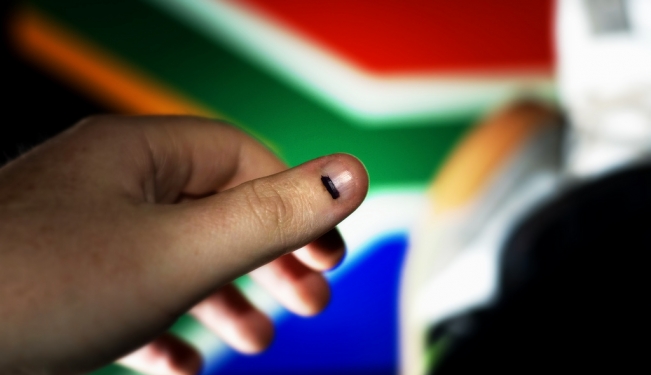 Martin Plaut examines the recent South African elections and teases out their implications for the future. New contenders are emerging to challenge the ANC for the 2014 election. Criticism of the party, particularly of the corruption over which is presides, is being criticized even by its allies.

Local elections hardly ever make international headlines, but the May 2011 election in South Africa should have been an exception. Although it was, of course, mainly about issues of interest to the people of Durban or Johannesburg, the results were in reality the best indicator of popular opinion before the next general election in 2014.

At first glance the election was a walkover for the ANC. It won 63.65% of the vote – a loss of just 3% compared with the last election in 2006. The ANC remains the dominant political force in South Africa, taking every one of the nine provinces, apart from the Western Cape – the region around Cape Town. But beneath the surface there was a more complex reality.

·      The Democratic Alliance (DA) – historically a white party – emerged as the major challenger to the ANC, extending its hold over the Western Cape.

·      Support for other parties was eroded, leaving the political field mainly a two-horse race.

·      The ANC vote dipped in most areas, but this trend was masked by its increasing support in the province of KwaZulu-Natal – in which Durban is situated.

Rise of the Democratic Alliance

The table below is an indication of the progress the Democratic Alliance has made since the first truly democratic election in 1994 that saw the end of apartheid and the dawn of Nelson Mandela’s Presidency. The table is not entirely satisfactory, since it compares general election results with the May 2011 local election, but it is a useful indication of trends.

The Democratic Alliance, which evolved from the Progress Party, a liberal white party that consistently opposed apartheid in parliament, is now the largest opposition party in the country. The next largest party, the mainly Zulu Inkatha Freedom Party, took just 3.56% of the vote.

So how does one explain the rise of the DA? The answer lies in a strategy that has combined two factors: winning over sections of a still racially divided electorate and arguing that it provides the best services to local communities.

The party, now led by a charismatic former journalist, Helen Zille, has managed to convince most minorities in the country that it represents their interests. It did so by first wooing those white voters who previously backed the National Party which introduced apartheid. Then it won over the Coloured (mixed race) voters who live predominantly in the Western Cape and a fair proportion of the Indians, many of whom live around Durban.

This explains the majority of the DA’s electoral support. But in the May 2011 election something new took place. The party increased its support amongst black African voters from approximately 1 % in 2009 to approximately 5 % in 2011. These votes were essential to the DA, since they translated into approximately 20 % of the party's overall support. For the first time the party took wards (not municipalities or cities) in which there were no minority voters.

This was achieved by pointing to the services the party delivered to local communities and by putting forward attractive black candidates for key positions. The party now has a clever strategy of allowing anyone to stand for the party, even if they have not previously been party members. There is a rigorous selection process but it is no longer the case that only party hacks are put up for election. This, together with an effective system of political education, has produced a series of attractive black representatives. They include the party’s spokesperson, Lindiwe Mazibuko, a highly effective orator.

Having said all this, it is clear that the DA has not yet made a real breakthrough in the black community, the vast majority of whom continued to back the ANC.

In the run up to the May 2011 election there was considerable speculation that the ANC would suffer from voter fatigue and disillusionment with the party’s performance in providing local services. Protests against the level of service delivery are now endemic in South Africa. Hardly a week goes by without some community taking to the streets, blockading roads with burning tyres, stoning the police and even burning down local government offices. There is considerable evidence of anger at the endemic corruption in local government offices, most of which are run by the ANC.

In fact, turnout rose in May’s election, partly because competition for votes was intense and campaigning was effective. But it is worth highlighting the conclusions arrived at by Justin Sylvester and Sithembile Mbete:

“Overall the ANC, despite having lost support predominantly among minorities and the middle classes, continues to hold onto its electoral base that is firmly rooted among the poor. Why is this so in spite of the challenges within local governance and an increasing level of civil unrest?”

They then point to the unique position the ANC enjoys because of its alliance with the trade union federation COSATU and the South African Communist Party. These left wing allies, organised in the Tripartite Alliance, are highly effective at going house to house to get out the vote.

“The answer perhaps lies largely within the ruling party’s hegemony over the discourses on socioeconomic transformation. The Tripartite Alliance with its broad cross section of political interests and traditions in particular is adept at mobilising around these issues, thus providing the ANC with a formidable structure with which to retain its electoral support.”

The worrying trend for the ANC is that its partners inside the Alliance are increasingly vocal in their criticism of the party – particularly highlighting the problems of corruption. In late 2010 the unions pointed out that the issue was so serious that it threatened to transform South Africa into what they described as a “predatory state.”

“The seriousness of the extent to which it (corruption MP) has infected our organisations, our polity, and society is shown by:

• The emergence of death squads in several provinces, linked to corruption, and the murder of people who have taken a stand, or have whistleblown;

• The open way in which prominent ‘business figures’, linked to top political leaders deepen perceptions that there is blatant abuse of power to concoct illegitimate business deals worth billions of Rands;

• The extent to which factions in organisations are increasingly not about ideology or political differences, but about access to tenders.

Notwithstanding the work of government, a danger exists that if the current trajectory continues, the entire state and society will be auctioned to the highest bidder.”

The unions have begun mulling over whether to found their own left wing party, while the Communist Party has considered standing candidates of its own in forthcoming elections. So far neither has taken this step, but the ANC is worried about this trend, which could mark a turning point in the party’s electoral fortunes.