The increased threat of piracy off Somalia and Yemen since the Aris 13 hijacking in March is set to continue due to heightened insecurity in the High Risk Area.

Reports of pirate activity in the High Risk Area (HRA) region have increased by more than five times over the past 12 months, totaling 65 incidents, compared to the same period in 2015-2016. Reports of attempted hijackings sharply increased in the weeks after the hijacking of the Aris 13 bunkering tanker in March, and the rate of attempted attacks and suspicious activity has since remained elevated.

Most piracy incidents have occurred in the Gulf of Aden and the Bab el Mandeb strait where vessels are most concentrated. However, incidents have been reported hundreds of nautical miles off the Somali coast. Although a commercial vessel has not been successfully hijacked since April, the situation remains volatile.

Both the territorial range and frequency of attacks have increased since the Aris 13 hijacking, marking a departure from the typical pattern of pirate activity since 2014 when the piracy epidemic ended. The change in modus operandi indicates that pirates are increasing their capabilities as part of renewed efforts to successfully hijack large commercial vessels.

Attacks have been reported further out at sea where vessels are more vulnerable, as seen in November, when an attack was recorded 380 nm off the coast of central Somalia. Since May, there have been four reports of piracy-related activity in the Gulf of Oman, an area that has largely been unaffected by piracy since mid-2015. Three of these incidents saw shots fired at commercial vessels, although PGI Intelligence sources indicate that these may be linked to weapons’ smuggling in the region rather than Somali-based pirate groups.

There are also indications that Somali pirates are obtaining more powerful weapons, raising security concerns for shippers. In another incident in November in the southern Somali Basin, pirates used rocket-propelled grenades (RPGs) to attack a container ship in an apparent attempt to hijack the vessel. The incident was the first reported piracy-related RPG attack against a commercial vessel off the Somali coast since 2013. Although there have been a series of RPG attacks in the region against commercial vessels since October 2016, these have been confined to the Bab el-Mandeb strait and have been linked to the Yemen-based Houthi militant group rather than pirates.

The growing attacks against commercial vessels in recent months reflect several factors. The initial spike in activity in the weeks following the hijacking of the Aris 13 was likely because the incident alerted pirates to the fact that many vessels were flouting the recommended Best Management Practices (BMP4) guidelines by traveling closer to the Somali coast without an embarked armed security team. Despite the failure to successfully hijack another commercial vessel, reports of suspicious activity and attempted attacks have continued at higher levels compared to the same period in 2016.

This trend is indicative of the more permissive security environment for pirate groups in 2017, following the end of NATO’s counterpiracy Ocean Shield operation in December 2016, and demonstrates that piracy groups did not disperse after the epidemic.

While BMP4 measures and an international naval presence have served to suppress piracy in the region in recent years, the rise in attacks is also symptomatic of the underlying causes of piracy in Somalia, which have enabled pirate groups to remain intact since 2012. Persistent insecurity along the coastline, the prevalence of illegal fishing and ongoing conflict in Somalia have deprived many people of adequate economic opportunities.

Encouraged by these underlying drivers, pirate groups have remained intact and engaged in other illicit activities. The group that conducted the Aris 13 hijacking, for example, has been linked to pirate kingpins Jacfar Saciid Cabdulaahi and Abdinasir Aw-Kombe, who were highly active during the peak of the piracy epidemic.

Onshore security conditions in Somalia remain volatile and are likely to deteriorate in the coming months, as international military forces begin to pull out of the country, leaving a security vacuum, which pirates and other armed groups will seek to exploit. The African Union Mission in Somalia (AMISOM), which is fighting al-Shabab, began pulling troops out of Somalia in November as part of plans to fully withdraw its 21,000-force by the end of 2020. Although the decade-long counterinsurgency campaign has contained al-Shabab, the group has maintained the capabilities to contest territory and carry out mass-casualty attacks.

Somali security forces, meanwhile, lack the resources and ability to tackle the country’s security challenges independently. Al-Shabab’s resilience indicates that the AMISOM withdrawal could see the security situation deteriorate in Somalia, which will in turn deprive communities of alternative economic opportunities beyond criminality. The drawdown will also further enable the flow of weapons to criminal groups in Somalia, and thus lower the entry costs into piracy. 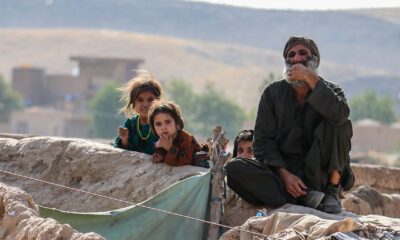