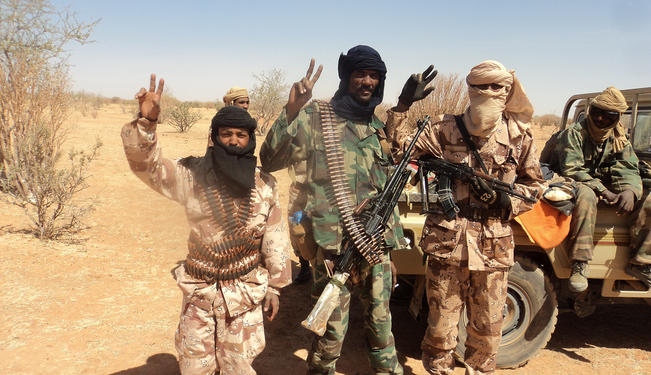 A closer look at the role and relationship between the Movement for the Liberation of Azawad, Ansar Dine and Al-Qaeda in the Islamic Maghreb.

When the “Tuareg Rebellion”  in its latest avatar was seen in  March of this year with the National Movement for the Liberation of Azawad (MNLA) proclaiming to control vast northeastern regions of Mali, one of the first things that happened was confusion amongst western media of what to make of this complex crisis ; Since then not much interest has been vested on an international level, even though the conflict has grave regional and even international implications for peace and security.

Confusion has persisted, especially concerning the different armed groups that are active in northern Mali, notably the MNLA, Ansar Dine, and Al-Qaeda in the Islamic Maghreb (AQIM). What distinguishes each movement? In what way are their goals compatible or antagonistic? And most importantly, who controls the situation in the north and could possibly change the fate of several million people living in northern Mali?

Tuareg uprisings in Mali date back to the 1960s and 1990s and then in 2000 and again  between 2006 and 2009, until a peace agreement had been brokered in the end of 2009. In 2011 the MNLA was created out of several armed Tuareg groups, which still did not see their grievances met by the Malian state. Consequently, today they demand recognition of their identity and thus of the independent state of Azawad in the north.

Ansar Dine, meaning “Defenders of Faith,” is an Islamist group led by a former famous Tuareg rebel of the 1990s, Iyad Ag Ghaly. Ansar Dine’s goal is to impose sharia law on the whole of Mali. This stands in quiet stark contrast with the aims of the MNLA, who is not only a secular movement but seeks to establish an independent state in northern Mali.

Nevertheless both movements seemed to have forged an alliance, when they made a public statement in May proclaiming their official merger with the compromise in which  the MNLA agreed to some version of sharia law while Ansar Dine adopted the MNLA’s vision of an independent state of Azawad. Why would the MNLA, which has many more fighters than Ansar Dine (estimations are around 3000 in contrast to 100) and whose goal is antagonistic to Ansar Dine’s goal agree to an alliance with Ansar Dine? Jeremy Keenan from the London-based School of Oriental and African Studies explains in an interview with France 24, “When it comes to the people actually fighting, the cold-blooded killers, they are from Ansar Dine. They are the warriors defending the faith, the ones trained to kill.” In contrast the MNLA’s military skills were overrated, even of the ones that have come back from Lybia: “Most of the guys hadn’t been fighting, they were just sitting around in barracks. They definitely brought a lot of ammunition with them [from Libya] but they were not hardened fighters.” Through their needs based alliance the two movements concertedly captured the cities of Kidal, Gao, and Timbuktu whilst the coup d’etat put Bamako and the Malian army and state in disarray.

Few days after their seeming merger, however, the MNLA broke off the alliance due to each group’s different interpretation of sharia law. Other members of both movements have, on the other hand, continued to confirm the merger. The MNLA, which was perceived as the only credible interlocutor in northern Mali by the international community has, via this merger, lost much of its credibility. This is also linked to the suspense that Ansar Dine has a close relationship with AQIM. AQIM’s commander, Hamada Ag Hama, is the cousin of Ansar Dine’s leader Iyad Ag Ghaly. When accusations in the Western media appeared claiming the two movements were working together, Iyad Ag Ghali was quick to renounce any ties with AQIM.

Nobody truly knows to what extend AQIM controls the situation in northern Mali. According to Al Jazeera they are said to have “spun a tight network across tribal and business lines that stretch across the Sahel, supporting poor communities and protecting traffickers.” Their numbers are said to vary around 300 fighters and “they have made millions from ransoms of European hostages.” AQIM is profiting from the disarray in the region and a territory that has long not been administered by a state, the Sahel, and thus offers them the perfect terrain to enlarge their network and influence.

In the past weeks the situation has escalated further and Ansar Dine and the MNLA have turned openly against each other and fought battles over the three major cities in the North they previously captured together: Kidal, Timbuktu, and Gao. According to Reuters, Ansar Dine has chased the MNLA from all three cities. The fear of the West that the Sahel could become a refuge for jihadists seems to become more concrete. What is striking is that the scenario, which has become a reality now, was known well before by the Malian state and military, foreign embassies in Bamako, bordering states, such as Algeria, Mauretania, or Niger, and representatives of the European Union – but nobody decided to act.

Despite this conflict escalation and jihadist threat, the willingness to get involved in northern Mali remains faint. ECOWAS, the regional security organization, decided on August 14th, more than 6 months after first fighting broke out, to support the Malian military in an intervention in the North. The UN Security Council also promised Mali support but first wants to see detailed plans of such an intervention. Moreover, Burkina Faso’s president Blaise Comparoé will start political mediations to solve the conflict. He will have to face negotiations with Ansar Dine, as they are in control of the north now. One of the key questions will be regarding the demands that Ansar Dine will make in such negotiations. If they continue to demand the imposition of sharia law on the whole of Mali, chances for a peaceful settlement are slim.

Considering the complex challenges and different actors exerting control in the Sahel, a territory almost uncontrollable due to its sheer size and rough desert conditions, it seems unlikely that Mali’s army will gain the upper hand in the North. It appears that the Sahel zone could become one of the world’s most dangerous conflict zones. 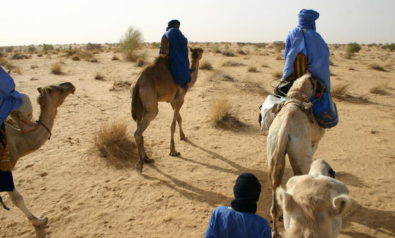 What's Next for Mali? 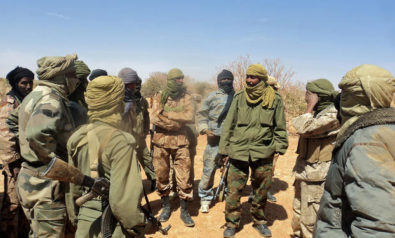 Mali in Focus, Part III: A Dangerous Show of Force from a Former Colonial Power