With many middle-class professionals in the diaspora, Nigeria should look to expats on how to combat Boko Haram.

Terrorism is a global phenomenon, but the way it is manifested is regional, local and culturally specific. In Nigeria, Boko Haram has been most deadly in the Muslim north. For some in the Christian south, a desire to be free from the terrorist group’s tarnishing of the country’s image has led to an “othering” of the north. It has brought back the feelings of some who always thought that Nigeria should not be one, but two: a Muslim north and a Christian south.

Nevertheless, it is important to explore why the Nigerian diaspora’s involvement in jihadist activity in Europe has been very limited. Reports about Nigerians affiliated with Boko Haram and the susceptibility of jihadist cells have been moderate.

Supporters of Boko Haram are poor, marginalized and disenfranchised; people are divided on religious lines; and the domination of Muslim minorities by other religious groups is common. The environment in Nigeria appears ripe for terrorist organizations to recruit youth.

But Nigerian Muslims, for the most part, are not attracted to the jihadist movement. The hurdles faced by Nigerians to immigrate to North America or Europe are high. This could limit their attractiveness to terrorist organizations trying to send operatives to the West. Moreover, Nigerians only hold modest feelings of solidarity with Arabs and other Muslims. They often experience overt racism, and events such as the Darfur genocide in Sudan work to drive a wedge between African and Arab Muslim populations.

However, views of the Nigerian diaspora are important because the Nigerian government gives credence and pays more attention to their opinions on national issues. Indeed, most of the diaspora belong to the middle- and upper-class; they are often professionals working in global institutions, academia or private enterprises.

The World Bank estimates that Nigerians abroad sent back $21 billion in remittances in 2013. That adds up to a quarter of the country’s earnings from oil exports—and more now that the price of oil has fallen. Nigerian expats also buy a lot of commodities made back home. For example, they enjoy films produced in Nollywood, as well as familiar packaged foods such as Maggi condiment cubes. The ones made in Nigeria contain fermented soya, which is reminiscent of Hausa cooking in the country’s north.

Nigerians living abroad are generally keen on education. In the United Kingdom, their children achieve considerably higher marks than white British ones and those of other immigrant groups. Some studies suggest that Nigerians are the best-educated ethnic group in the United States. To the benefit of their home country, many young expatriates return to Nigeria to often start a business. Lagos is awash with bright young graduates of foreign universities who, during their stay abroad, have acquired an intolerance for corruption and expect better from public services. Perhaps this is the reason why the Buhari government is serious in integrating the diaspora in the nation-building process.

In a study, the Nigerian Diaspora Security Group has expressed its appreciation of the pivotal role played by the intelligence community in winning battles. It points out the recent publishing of the names of the most wanted Boko Haram extremists, which it says is a clear indication that the armed forces have woken up from their slumber and are engaging in strategic warfare to capture terrorists alive, extract useful information and commence de-radicalization programs.

In the study, the majority of respondents considered Boko Haram to be a terrorist group that wants to enforce Islamic law. The dominant response on the root cause of the Boko Haram crisis is political, but reinforced by economic disadvantages, mostly in the Muslim north. Nevertheless, there are minority views on Islamic fundamentalism and poverty as the primary cause of violence.

It is worthy to note that there were equally split opinions on the method of the government in responding to Boko Haram. Although some argued that the action of the government has reduced the violence, they emphasized the need to have a long-term strategy that includes addressing poverty and the pervasive unemployment rates among the youth. Others argued that government responses have intensified the violence, and they called for caution.

The diaspora opined that engaging the youth through civil society empowerment programs would go a long way to prevent the future recruitment of groups like Boko Haram. 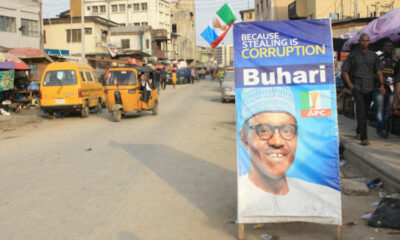 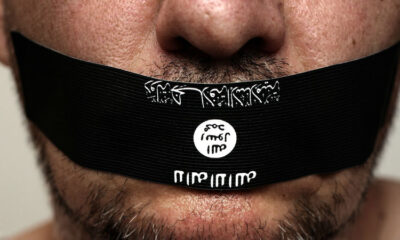