What is behind the rise in terrorism across the globe?

This November, the Institute for Economics and Peace (IEP) released the Global Terrorism Index 2016, the latest of its yearly reports laying out year-on-year statistical trends in worldwide terrorism. The report draws from a comprehensive database of terrorist incidents going back 16 years, from the beginning of 2000 to the end of 2015. The data covers 163 countries, accounting for 99.7% of the global population. Although the report is strewn with errors of detail regarding the identities and histories of terrorist groups, the broad statistical pictures it provides allow for interesting insights into how terrorist threats are developing in the 21st century.

Global terrorist activity has skyrocketed since the Arab Spring of 2011, after modestly receding during the US military’s “surge” in Iraq from 2007. In particular, 2014 saw a massive spike in deaths from terrorism, due in large part to an explosion of activity by Islamic State (IS). The following year, 2015, was the second worst year since 2000, although it did see an overall reduction in deaths by 10% compared with the previous year. This plateauing of terrorist killings was driven by a decline in a few of the world’s most affected regions, including Iraq, Nigeria and Pakistan, which each experienced at least a 30% drop.

As the report points out, the number one factor influencing rates of terrorism worldwide is whether a country is affected by conflict. More than 90% of terrorist incidents since 1989 have occurred in countries either involved in conflicts or engaged in severe repression of the population. Consequently, changes in the dynamics of conflicts can lead to dramatic changes in the levels of terrorism taking place. The overall reduction in deaths caused by terrorism in 2015 from 2014 was a result of successful military campaigns against terrorist groups in key conflict zones.

In Iraq, for example, 2015 saw a 30% drop in deaths from terrorism due to an anti-IS campaign by an international coalition (though the country remains more affected by terrorism than any other). Nigeria, similarly, saw a 34% decline, due to fewer attacks by Boko Haram as the group was targeted by the combined military forces of Nigeria, Cameroon, Chad and Niger.

Pakistan, meanwhile, experienced a 38% drop in deaths, as the military’s Operation Zarb-e-Azb targeted terrorist safe-havens in North Waziristan, resulting in the killing of over 3,000 Tehrik-i-Taliban members, according to the Pakistani government.

Effective counterterrorism campaigns in certain regions, however, do not lead to a halt in the activity of the terrorist organisations in those places. Rather, terrorism tends to get displaced into other nearby regions, particularly in parts of the world suffering from severe deficiencies in governance.

Syria, for instance, saw the largest absolute increase in terrorism deaths—2,761—of any country in 2015, as IS fighters hit by airstrikes in Iraq re-focused their activities on the Syrian side of the border.

Similarly, while terrorist killings by Boko Haram reduced within Nigeria, killings by the group increased in nearby Cameroon, Chad and Niger, by 163% overall. Deaths in Afghanistan also increased by 18% to 5,312—making 2015 the country’s most violent year for terrorism since 2000—offsetting the drop in neighboring Pakistan.

These shifts reflect a typical modus operandi among today’s terrorist groups, which is to transfer their base of operations into the most poorly-governed spaces. A comparable example in 2016 can be seen in Algeria, which has stepped up the militarization of its borders and rural regions, creating a stifling environment for al-Qaeda in Islamic Maghreb (AQIM) and IS-linked cells. AQIM-linked terrorists with a long history of interest in Algeria, consequently, have now found a home in Mali and Libya, where a lack of basic governance has emboldened these group to expand their activities.

Organisation for Economic Co-operation and Development (OECD) countries also saw a sharp uptick in terrorist attacks in 2015, experiencing by far their worst year since IEP’s data began, with 577 deaths. Half of these attacks were carried out by IS, which has sought to distract from its military losses in the Middle East and continue to project an image of forward momentum by attacking soft Western targets. Denmark, Germany and Sweden, which had barely seen a terrorist incident between them since 2000, each experienced attacks, while France’s average of one death per year since 2000 shot up to 161 deaths from attacks in 2015. The worst affected in the OECD was Turkey, where deaths jumped from 20 in 2014 to 337 over the following year.

An interesting insight from the numbers presented in IEP’s report concerns development in the use of weaponry by international terrorist groups. Although attacks and deaths worldwide decreased in 2015, the use of improvized explosive devices (IEDs) as an attack method increased by 16%, with these attacks’ average lethality increasing by 20%.

One driver of this shift was Boko Haram, which, despite a sharp overall drop in terrorist activity in 2015, greatly increased its killings from the use of explosives. In 2013, the group had killed 107 people in 35 bombings; in 2015, meanwhile, this reached 638 people in 156 bombings, nearly two-thirds of which were suicide attacks.

These developments reflect the maturing of terrorist organizations over time, and the attention they pay to the efficiency of attack methods intended to maximize casualties.

The downside of IEP’s report is its numerous errors regarding specifics about terrorist organizations. This suggests a limited familiarity among IEP analysts with broader terrorism literature beyond the database they’re drawing from. In Egypt, for example, the report refers to Ansar Beit al-Maqdis and IS as distinct groups, with the Egyptian military being involved in “two conflicts” against them (the latter is in fact a rebranding of the former). However, this should not detract from the light shed by these statistics upon the broader directions of global terrorism trends and their causes. 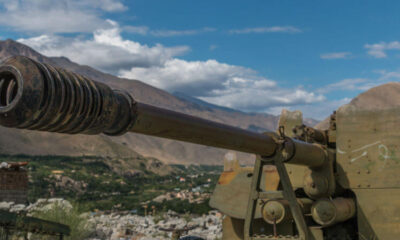