Why is the term “feminist” understood as a role for the angry woman who can’t find a man?

*[Note: The author identifies herself as “womxn,” which is a means of linguistic dissociation from the word “man” and also a way to recognize the multiple intersections that construct gender identity. It is used in contrast to the word “woman,” which represents the classical construction of the female.]

When I started attending the University of California, Berkeley, I was a young womxn who didn’t quite understand the term “feminist.” Despite growing up in a liberal environment, my upbringing included traditional Nigerian values, and I quickly learned roles expected of men and women. As my grandmother put it, the man leads the household, while the woman maintains it and looks after him and their children. Essentially, the wife belongs to her husband. The common dynamic is gender hegemony, not equality.

Despite living on a different continent and in a different time, I still feel pressure to conform to the idea of what a Nigerian woman should be. For instance, as a young girl my dad would attempt to teach me how to act so that one day I might make a good wife: “Ozi, you should have the man’s food prepared before he comes home from work.” “Ozi, you have to serve the man food first.” “Ozi, you should clean the kitchen.”

My grandmother shared these traditional values and transferred her beliefs to me, constantly reminding me to be a “lady.” She would tell me to cover myself, cross my legs or clean up, and rather than agree, I would shake my head and tell her I was comfortable the way I was. She would always sigh, frowning.

Eventually, the constant reminders of how to behave led me to believe that maybe I would never get married because I could never imagine myself submitting to this gendered position; one that claimed I was somehow below the man. In my young mind, it never seemed right or fair that something as constructed as gender could determine my interactions, but I never dubbed myself a “feminist.” The term seemed to scare people away. Although I am Nigerian, I cannot fully speak on gender in Nigeria because California has been my home for all my life. Yet traditional beliefs do not remain solely in their country of origin, but rather pass from parents to children, then spread as these children immigrate to other countries, and are perpetuated through the upbringing of their own children. I don’t blame my grandmother or my parents for preserving patriarchy, because I understand that as Nigerians we too have been socialized to view the woman as inherently inferior to the man: as a person designed to take the supporting role and remain in the background.

I recently watched a speech on feminism by Chimamanda Ngozi Adichie, a popular Nigerian writer, and this line struck me: “The problem with gender is that it prescribes who we should be rather than who we are.” She then went on to share how a friend had expressed to her that being a “feminist” was un-African, that Western books had corrupted her. The term “un-African” lingered in my mind as Adichie shared past experiences of sexism in Nigeria. She shared how she entered an exclusive hotel and the security guard immediately came up to her. He gave her trouble, telling her to leave, because he believed the only way a woman could come into such an establishment unaccompanied was if she was an escort. In another instance, Adichie was tipping a valet who had brought her car around for her. Her friend, who just happened to be a man, was sitting in the passenger seat, and as she handed the boy the money, he looked at the man and said, “Thank you, sir.”

Adichie continued: “Masculinity becomes this hard, cold cage and we put boys inside of that.” In other words, men are cheated just like their female counterparts. They aren’t afforded an ounce of fluidity either, and they are harshly measured against the concept of the ideal man: powerful, assertive, appealing, sexual, strong, rational, etc. Therefore, the question shouldn’t be about why modern womxn act “un-African,” but rather why it is “African” to support a cultural model that is unjust and oppressive to all of its citizens.

With this construction of masculinity, we not only set up power dynamics, but also jeopardize the humanity of the male by forcing him to become this rigid being, directly or indirectly asserting his dominance over any body that appears feminine. Suddenly, anyone who opposes or challenges this understanding of masculinity becomes a threat to manhood, and it becomes the duty of the man to protect it.

This is not meant to be a generalization of all Nigerian men, though I do believe different aspects of my culture — such as media, religion, social institutions, traditional values and family dynamics — perpetuate the greater theme of male dominance. The day I talked with my grandmother, I asked her for the reasons behind the traditional construction. All she could say was this was the way it had always been. Fortunately for her, she was one of the few back in her day who received a Western education in England and rose to become a high school principal. However, this was not the case for many others. What it Means to be a Nigerian Womxn

I then thought of my dad who constantly reminds me of my “duties.” Can I really blame him? My culture perpetuates the dominance of the alpha male: the so-called fighter, the protector, the provider, with the woman’s identity structured around him. I see it not only in my dad, but also with my brothers who cannot understand the challenges I face as a womxn. I see it with fellow Nigerians and other male peers at school who presume the “natural” role of the leader. And I see it within my country, which barely reacted to the kidnapping of 200 schoolgirls by Boko Haram.

Although I do not share Adichies’ experiences of being a womxn in Nigeria, I too have experienced gender inequality in our shared culture. I think of how my gender identity is the reason I have to serve food at Nigerian parties; why I have always had the responsibility of watching over the kids, especially since I have a twin brother who is just as capable; or why people consider me from my father’s village rather than my mother’s, despite the fact that my birth required both of them.

I find it scary that people truly believe there is some dissociation between Africans and this idea of feminism. While the term “feminism” is Western, I am sure there have always been African womxn who have felt entitled to being treated like equals. I find myself wondering when it became the status quo to rule at the expense of the woman. How is it that if a womxn insists she is equal to her male counterparts, she becomes linked to the word “feminist,” which is understood as a role solely for the angry woman who can’t find a man or has read too many Western books and is lacking culture?

I am still trying to understand the term “feminist.” I have my own issues with it, such as its history and who it excluded, as well as the view among Africans that I am just angry or don’t have a man. I am still trying to understand my culture and learn from my family, especially the strong women and womxn in my life such as my beautiful mother and grandmother. I still don’t know what it means to be a Nigerian womxn without submitting to patriarchal norms.

What I will always be sure of is my gender identity should not be a means for domination. Therefore, I have started to retaliate with my own acts of resistance. One of these include the use of the term “womxn,” a mark of the multiple intersections that make up my identity, including my race, sexuality, beliefs, gender and so on. The term includes my whole authentic self; it allows me to claim my own identity rather than having to adhere to the strict guidelines that society and my own culture have dictated for the “woman.”

I am still growing and unlearning what has been projected onto me. This is not to say I have to abandon everything in an attempt to contest societal roles. I still want to learn how to cook; I still clean the kitchen when I go home to help my parents out; I want to raise my own children; I love makeup; I like to dress well; and my favorite color is pink. These facts are not true because I am a womxn and that is how it should be, but rather because it is what I enjoy and is part of my personal truth.

There should never be a right or wrong way to perform gender. Everyone should have the ability to be as fluid as they want. I suppose that is the true meaning of my feminism: the agency and the freedom to be whoever I choose to be. 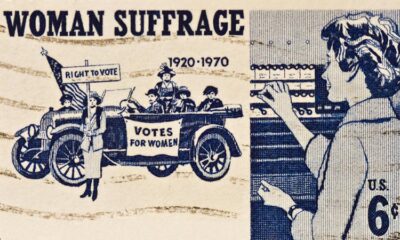 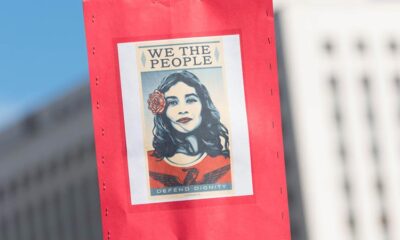 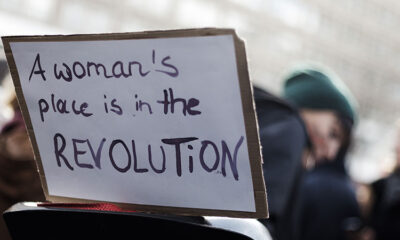