There seems to be no end in sight for the political crisis in Somalia. On February 8, the mandate of President Muhammad Abdullahi Muhammad, commonly known as Farmajo, expired without a date set for either parliamentary or presidential elections. The protests called by the opposition Council of the Presidential Candidates in the following days were met with growing repression from government forces. In April, Farmajo extended his already overdue term by a further two years, igniting violence between the security forces and anti-government militias in the streets of the capital Mogadishu.

In response, the international community, and the US in particular, increased pressure on Somali actors to come to an agreement, causing the states of Hirshabelle, Galmudug and South West to withdraw their support for Farmajo and call for new elections. Lacking international and domestic support, on May 1, Farmajo backtracked on his extended mandate and paved the way to new elections.

Despite optimism around recent advances, Prime Minister Mohamed Hussein Roble, who is in charge of organizing the elections, has a complicated task ahead. Armed confrontation created further distrust between political actors, and violence could easily flare up again in the run-up to the elections. Underlying constitutional, economic and international factors continue to drive this power struggle that is undermining Somalia’s already troubled state-building efforts.

On September 17, 2020, the federal government and the presidents of the member states agreed on amendments to the electoral process under pressure from the UN mission to Somalia, AMISOM. The agreement fell short of implementation, raising tensions between Mogadishu and the states of Puntland and Jubaland that staunchly oppose federal rule.

There are three contentious issues on the table. The presidents of Puntland and Jubaland, Said Abdullahi Deni and Ahmed Islam Madobe, accused President Farmajo of staffing federal and state electoral commissions with his loyalists, thereby undermining their expected neutrality. Somaliland is yet another stumbling block on the path to elections. Despite its de facto independence, the transitional constitution still assigns 57 parliamentary seats (46 in the lower and 11 in the upper house) to the region. Those seats could be decisive for the election result, so Farmajo wants the federal government to appoint Somaliland MPs, whereas Puntland and Jubaland want the chairpersons of the houses to manage the selection.

Finally, the issue of the district of Gedo has created a deep rift between the parties. Formally, in the state of Jubaland, government forces launched a military operation in February-March 2020 to occupy the region, which is dominated by President Farmajo’s Marehan sub-clan, sparking tensions between Kenya, Ethiopia and Somalia. If elections took place at this stage, Farmajo could secure the appointment of loyal MPs from the Gedo district; Jubaland’s Madobe and his allies reject this scenario.

Behind these flashpoints, however, there are two divergent visions of Somalia’s state-building. President Farmajo envisages the return to a pre-1991 centralized state with himself in the top job. On the other side of the rift, federal member states, specifically Puntland and Jubaland, want to safeguard their far-reaching autonomy within a decentralized Somali state and, therefore, reject Farmajo’s centralization project. Such fear has grown after the president managed to install his allies at the head of the states of Galmudug, Hirshabelle and South West during his tenure. On top of that, the unprecedented reelection of an incumbent could strain the balance of power between the major clans which, until now, have informally rotated the top positions of Somali federal institutions.

Somalia has faced similar impasses among its elites in the past. Yet this crisis is proving more difficult to solve. One reason for this is economic. Thanks to the 2012 constitutional pact and AMISOM stabilization efforts, federal institutions are no longer powerless and can tap into the economic activities that have sprung up in recent years, especially in Mogadishu. This is consolidating clan-based patronage networks in what Transparency International considers the most corrupt country of the world along with South Sudan. Consequently, the federal government has become a relevant actor in Somalia’s political economy, raising the stakes over its control.

The most notable of these activities is the housing boom. In 2015, Mogadishu ranked second among the world’s fastest-growing cities as members of the Somali diaspora and wealthy locals built new properties in and around the capital. As there is no land tenure registry, affluent people often bribe public officials to obtain property rights and forcibly evict residents. This phenomenon has also driven severe tensions between public authorities and the local population, especially internally displaced persons.

The oil and gas sector represents the most lucrative opportunity in sight for the Somali rent-seeking elites. Seen as promising by experts, the sector has been reorganized in recent years under the Ministry of Petroleum and the Somali Petroleum Agency and, after the delays due to COVID-19, the first bidding round is about to end. Despite the so-called petroleum law on the distribution of revenues and powers, some outstanding issues remain on the table and the current crisis might catalyze them. Consequently, the oil and gas sector might become another key arena of competition between the federal government and member states in the coming years.

Some relevant economic opportunities for the government also arrive from abroad. China, for example, showed its interest in Somalia given its strategic location along the Maritime Silk Road and, in turn, the Farmajo administration officialy joined Beijing’s Belt and Road Initiative in 2018. With the move, Somali authorities hope to attract investments in the country’s infrastructure. So far, the most visible result of the China-Somali cooperation is the fishing agreement through which Mogadishu granted fishing rights in Somali waters to a group of Chinese fishing companies in exchange for a $35,000 annual fee from each. This agreement, however, risks to upset the fragile livelihood of low-income fishing communities along the Somali coast.

While cooperation with China has future potential, Turkey has been Mogadishu’s strongest partner for the last decade, with partnerships spanning across all sectors, from humanitarian aid to military training. Critically, Ankara has helped the government to train Somali special forces and build major infrastructural projects, like the Aden Adde International Airport in Mogadishu. The Turkish Albayrak Group will soon manage the capital’s seaport and President Recep Tayyip Erdogan is even planning to build a spaceport for the Turkish space program on Somali territory, with an estimated investment of $350 million.

Given its extensive influence within Somalia, Turkey proposed itself as a mediator in the current crisis, with Foreign Minister Melvut Cavusoglu conducting shuttle diplomacy in support of the September agreement. Another Farmajo ally hesitant to take sides is Ethiopia. Despite Abiy Ahmed’s embedded alliance with Farmajo, the Ethiopian prime minister is probably aware that a direct endorsement could prove counterproductive to both the Somali president and to himself as a promoter of regional stability. On top of that, according to International Crisis Group Somalia analyst Omar Muhammad, Ethiopia is busy coping with its multiple domestic crises.

During his years in office, President Farmajo has built strong ties not only with Ankara and Addis Ababa, but also with Doha. After receiving funds from Qatar and refusing to take sides in the Gulf standoff, Farmajo deepened development cooperation with Doha and offered a concession for the Port of Hobyo to the Qatari operator, Mwani, in 2019. This is the reason why Qatar has long backed the Somali president in the current dispute.

However, as Farmajo’s chances of staying in power are narrowing, Doha is pulling its support and looking for new candidates to back. On the other hand, in reaction to Farmajo’s pro-Qatar stance, the UAE put its weight behind the presidents of Puntland and Jubaland over the past years by providing humanitarian aid, security cooperation and investments in the ports of Bossaso and Kismayo. Abu Dhabi was also the only country openly labeling Farmajo an interim president, a statement that attracted harsh criticism from the Somali government.

Regardless of diplomatic positioning, the economic and political support provided over the years by external powers has contributed to the current crisis. Investments increased stakes in government positions, strengthened the role of the president and his regional foes, and eventually reduced their willingness to compromise. Electoral commissions, Somaliland delegates and Gedo district remain the core stumbling blocks in the rift between Somali political actors, colliding against divergent visions of governance.

In the background, the terrorist group al-Shabaab, already in control of around two-thirds of the country, scaled up its bombing campaign at the beginning of the electoral cycle last summer. The international community has spearheaded an important step toward elections and now has to shore up a peaceful path to elections with the help of Somali leaders. Without this crucial support, al-Shabaab is likely to take full advantage of the impasse and further complicate the country’s fragile state-building project. 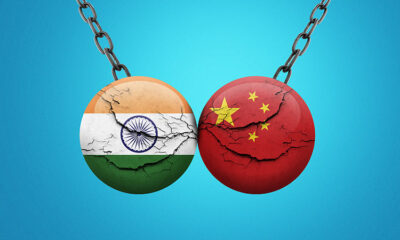