At the end of March, with scarcely a ripple in the public consciousness, a new initiative was quietly launched that could profoundly alter the world's international security landscape for decades ahead.

Before recessing for the Christian holy days, the United Nations Security Council approved, 15-0, a resolution to attach a combat-ready "Intervention Brigade" to the existing 17,000-troop U.N. peacekeeping force in the Democratic Republic of the Congo. The brigade has the mission to “carry out targeted offensive operations”—for sixty years a U.N. no-no—"with the responsibility of neutralizing armed groups" that threaten state authority in eastern Congo. The more aggressive military posture is intended to “make space for stabilization activities.”

The reasons the U.N. force has attracted such little notice are (1) this is a long-running conflict in Africa, a continent whose problems of poverty and conflict simply do not interest hard-nosed practitioners of realpolitik; and (2) the United Nations has crossed the threshold into use of force in the past, whether against Iraqi occupiers, Bosnia's Serbs, Somali pirates, Sudanese janjaweed, or Ivoirian factions.

And there is a third reason: It has served the interest of all parties to pretend, as China's ambassador Li Baodong insisted, that “deployment of this intervention brigade doesn't constitute any precedent nor does it affect the United Nations' continued adherence to the peacekeeping principles.”

Yet the addition of an intervention brigade quite clearly has moved the line—or, as British representative Mark Lyall Grant said, put the U.N. security roles into “new territory.” If it succeeds, there will surely be calls for international combat missions to “enforce peace” in other extreme cases in coming years. If the brigade is humiliatingly defeated, or cannot even be assembled, the United Nations will continue the complex peacekeeping roles in which it has specialized for the past few decades, and leave forceful interventions—should they be undertaken at all—to others.

When broad international consensus has gelled on the need to use military force to quell violence that threatens the peace of an entire region, the Security Council has since 1990 typically deputized a sheriff's posse: it authorizes concerned states to lead the charge and work out among themselves the command arrangements. The elder President Bush brilliantly assembled such a coalition to oust Iraqi forces from Kuwait, and his scrupulous adherence to the limited goals of the council authorization served to legitimize what many governments called the “subcontracting” of the Security Council's enforcement power to individual states.

But big powers aren't interested in sending their troops to Congo, and many states have soured on deputizing posses like the one that allied itself with rebels in Libya. Even in places where U.S. political interests loom large, costly quagmires in Iraq and Afghanistan have made Americans very leery of unilaterally leading military engagements against purported malefactors.

President Obama drew an apt moral equivalence when he asked, “How do I weigh tens of thousands who've been killed in Syria versus the tens of thousands who are currently being killed in the Congo?” At least for a U.N. intervention brigade in the Congo, Obama was able to muster unanimous support in a Security Council that has been bitterly divided on Syria. It helped that no state, not even Rwanda, today finds any redeeming value in the latest armed groups wreaking havoc in eastern Congo and prolonging the world’s most lethal conflict in decades.

The unanimous U.N. vote masked some very real concerns that the organization will lose its global moral authority if it becomes associated with fighting wars rather than halting them. Guatemala's Gert Rosenthal voiced the worry that the United Nations could forfeit its unique role as “honest broker” between adversaries—especially when domestic armed factions are challenging a government.

Yet this is a risk he and the rest of the council were willing to take, given the fifteen-year deadly record of armed spoilers in eastern Congo. France's ambassador Gérard Araud celebrated their expected neutralization as “a step toward peace enforcement.” Britain’s Lyall Grant predicted that fusing an enforcement brigade with the larger force of lightly armed peacekeepers, together with the U.N.’s large civilian team that is working to bolster the Kinshasa government’s hollow capacities, “is the recipe for success”: “This is one Mission with one mandate, one Special Representative and one Force Commander.”

Lyall Grant’s recipe of unified international authority contrasts vividly with the stove-piped missions under fragmented authority in Bosnia, Kosovo, and (the most expensive of all) Afghanistan. If this latest U.N. mission does succeed at building a nation out of the sprawling fragments of the Congo, it will surely provide a template for dealing with other appallingly violent conflicts in the future—one that reduces dependence on U.S. military power and Washington's will to use it. In that case, we may expect new practices and institutions germinating globally to handle twenty-first century disorder.

The council resolution specifically demands progress on implementing an agreed “peace consolidation program,” as well as the Kinshasa government’s fulfillment of commitments for democratization, police and army reform, and reform of government institutions. This has been hard enough to achieve in Kabul, with vastly greater resources. If some rickety stability can take hold in Congo, it will be a welcome precedent indeed.

Oh—and just in case, the Security Council included a requirement that “the Intervention Brigade will have a clear exit strategy.” Insha'allah.

This article was originally published by the Century Foundation Blog on April 2, 2013. 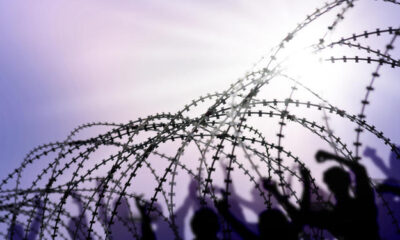