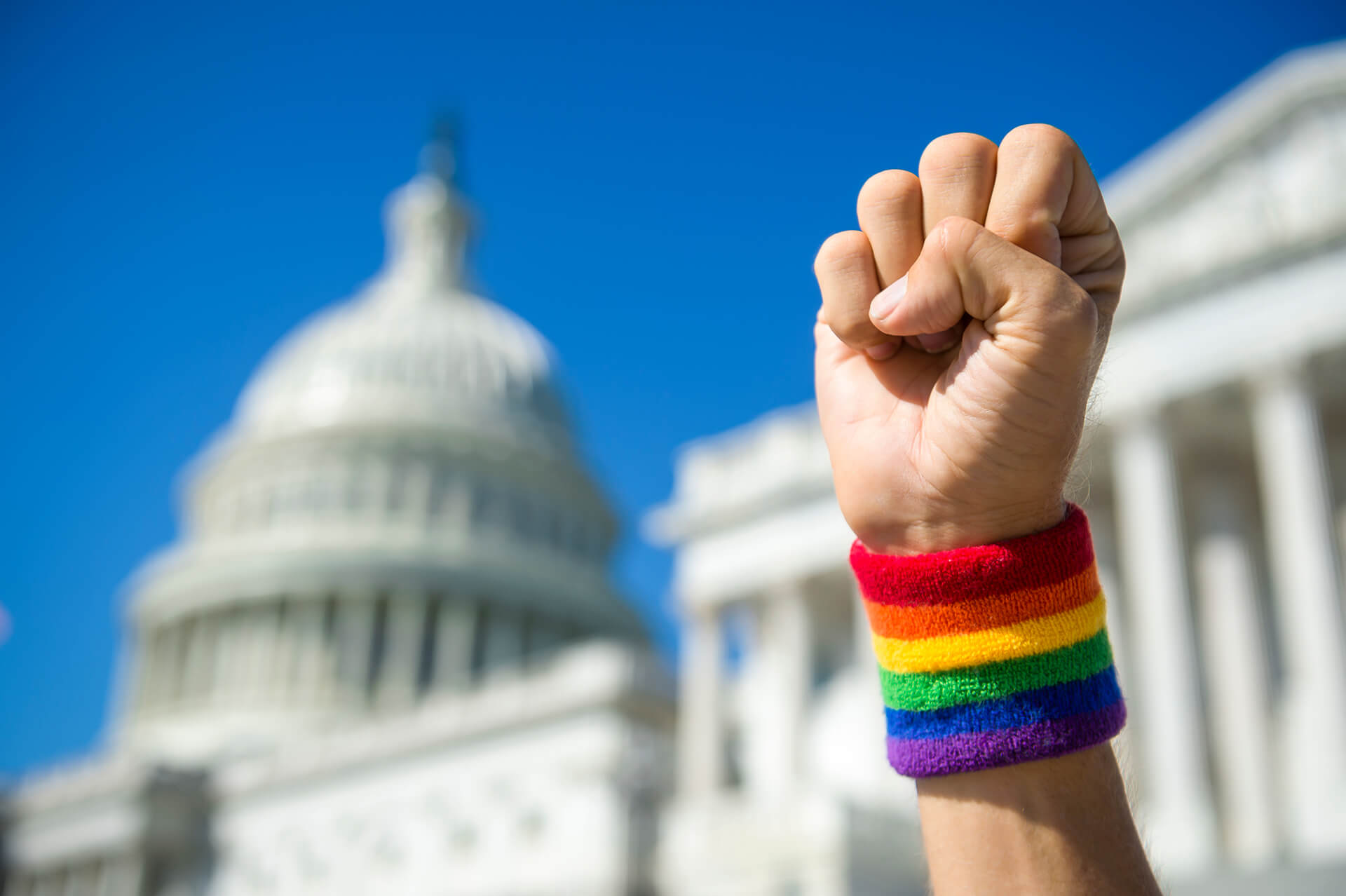 In March 2022, Republican Florida Governor and possible 2024 Presidential contender, Ron DeSantis signed into law House Bill (HB) 1557: Parental Rights in Education. Among other things, this law prohibits classroom discussions about sexual orientation or gender identity for children in kindergarten through grade 3 in any manner that is not age or developmentally appropriate in accordance with state standards. The law is gauzy about what kinds of discussions are deemed age appropriate and what kinds are not. The law also mandates notification of parents by school districts for each healthcare service provided in school and grants parents the right to withhold consent or decline any specific service if they so wish. In addition, the bill also grants parents full access to their child’s educational and health records and the ability to receive notifications in case there is any change in services affecting their children.

This law intends to give parents greater control over their children’s upbringing and comes at the heels of a raging debate around critical race theory (CRT) and its purported instruction in schools (K-12). Debates around the bill also culminated in the passage of another bill- HB 7:The Individual Freedom bill, which quite ironically curtails speech by prohibiting classroom instruction, curricula design, and workplace training on particular kinds of discussions about race, color, sex, or national origin. Once again, the law does not define what those restricted forms of speech are. The intent of this law is to crack down on what DeSantis calls “wokeness”.

Advancements in Gay and Lesbian Rights over the Years: What went wrong?

While these two laws are specific to Florida residents, ongoing hysteria over sexuality, gender, and race in American classrooms has a long political and legal history. On the issues of sexuality and gender in particular, the United States has made tremendous progress over the years. Pew research data show that three decades ago, nine-in-ten American adults (89%) would have been upset if their child told them they were gay. But by 2015, that number fell to just four-in-ten adults (39%). On the issue of same-sex marriage too, support has risen meteorically over the years. In 2005, only 36% of adults favored legalizing same-sex marriage, while a much larger 53% opposed it. By 2015, opinions flipped and 57% of adults favored same-sex marriage, while only 39% opposed it. However, this support/opposition was pretty much confined to party lines, with 65% of Democrats and 65% of Independents showing support for same-sex marriage, compared to only 34% of Republicans (as of 2015). At the time of this Pew survey, same-sex marriage was already legal in 36 states and the District of Columbia but wasn’t yet legal nationwide. Yet almost 75% of voters across party lines believed it would inevitably become the law of the land (this indeed occurred in the landmark 2015 US Supreme Court ruling, Obergefell v. Hodges). So how did the United States go from legalizing same-sex marriage in 2015 to banning certain types of classroom and workplace discussions on gender and sexuality in 2022?

Most of the activism over the past three decades focused on securing rights for gay and lesbian Americans, which meant same-sex marriage was typically the key issue at stake. As far back as 1986, the US Supreme Court ruled in Bowers v. Hardwick that the US Constitution did not grant homosexuals the constitutional right to engage in same-sex conduct (“sodomy”) even within the privacy of their homes. Further, the Court repudiated a lower court’s ruling that ‘gay rights’ emanated from the Due Process Clause of the Fourteenth Amendment. Seventeen years later in 2003, this judgment was overruled in Lawrence v. Texas, in which the same Court held that the reasoning in Bowers was flawed because the Fourteenth Amendment did in fact protect homosexual people’s liberty to engage in private and consensual same-sex conduct.

By this time, debates around the (ill)legality of same-sex marriage had also taken center stage in American politics, with Congress passing the now-infamous Defense of Marriage Act (DOMA) in 1996. DOMA defined marriage as a “legal union between one man and one woman” for federal purposes (under Section 3 of DOMA) and allowed states not to recognize same-sex marriages recognized in other states if they so wanted (under Section 2 of DOMA). Section 3 of DOMA was eventually overturned by the Supreme Court in United States v. Windsor (2013), and Section 2 fell in Obergefell v. Hodges (2015). With Obergefell legalizing same-sex marriage nationwide, any state ban on same-sex marriage was invalidated, effectively overturning DOMA.

It should be noted that Windsor and Obergefell were decided by narrow 5-4 margins, and both victories emanated from decades of sustained efforts by gay and lesbian lawyers and activists. Such was the opposition they faced that a detailed 45 page report by the Committee on the Judiciary accompanied the DOMA legislation, which cited the need for an Act like DOMA. The report spelled out the fear that legalizing same-sex marriage, even at the state level, would “divide people unnecessarily” and adversely affect governmental interets. These interested were not confined to “defending and nurturing” heterosexual marriage but encompassed a fear of state sovereignty “subversion” and the “impingement” of scarce government resources.

At that time, no state in the US had yet recognized same-sex marriage. However, in May 1993, the Hawaiin Supreme Court held in Baehr v. Lewin that the denial of marriage licenses to same-sex couples may constitute discrimination on the basis of sex. It was this ruling in Hawaii that then-Congressman Charles Canady and others called a “significant threat to traditional marriage laws,” leading to multiple same-sex marriage bans and restrictions across the length and breadth of the US over the next three decades, with DOMA being just the beginning.

While gay rights activists may have ultimately won the same-sex marriage debate, new and unfamiliar issues now animate voters, specifically conservatives. These issues include the rights of transgender people and those beyond the lesbian and gay sexuality spectrum (i.e. those beyond the “L” and”G” of LGBTQ+). Since 2017, sixteen states have considered passing “bathroom bills” that would prohibit transgender and gender non-conforming people from accessing multiuser restrooms, locker rooms, and other sex-segregated facilities of their choice. Instead, these laws would compel them to use rooms corresponding with their biological sex. As recent as April 2022, Alabama’s state legislature passed an expanded “bathroom bill” that would not only limit transgender and gender-nonconforming people’s bathroom access but also prohibit certain discussions of gender and sexuality in classrooms from kindergarten through fifth grade (very similar to Florida’s HB 1557).

Florida’s law has been named the “don’t say gay” law by opponents because of its vague language proscribing classroom discussions on gender and sexuality in any manner not conducive to state standards. Moreover, parental notification rules in the law have raised speculation by critics that teachers may be compelled to “out” LGBTQ+ students to their parents under this law. Conservatives, however, have pushed back on these claims, arguing instead that the law “protects” children from sexual predators and “groomers“. By re-defining this law as an “anti-grooming” law, conservatives effectively draw from age-old tropes about homosexuality, such as the idea of a “gay agenda”- one that popular American evangelical commentator and theologian Dr. R. Albert Mohler Jr. once described as “propaganda for immorality” and “poisonous to Christian morality.” He was, however, referencing the increasing representation of gay and lesbian characters in Hollywood. Nonetheless, the same reasoning is applied by conservatives today to address gender and sexuality in school pedagogy.

Ever since Lia Thomas became the first transgender athlete to win the NCAA swimming title, conservative media has run a series of non-stop transphobic smear campaigns against her, which included multiple instances of intentional misgendering that eventually ignited a new debate about ‘women’s rights’ and the ‘protection of women’s sports’. Some US States have already passed laws banning transgender girls and women from participating in sports corresponding with their gender identity, while others have banned gender-affirming care for minors with gender dysphoria. This fixation with ‘protecting’ women and children has now become a common thread in many Republican-backed laws – from anti-abortion “pro-life” bills, to “don’t say gay” bills, to the slew of anti-transgender bills. The conservatives of today may have made a begrudging truce with same-sex marriage, but they still consider other LGBTQ+ issues a form of “dangerous woke propaganda” that is detrimental to children.

Clearly the path ahead is rocky. While gays and lesbians may have won the hard-fought right to marry, there is still a long way to go. Americans are still uncomfortable discussing sexuality, gender identity, and gender nonconformity, and only time will tell how all of this will play out in the courts and in the upcoming midterm elections. 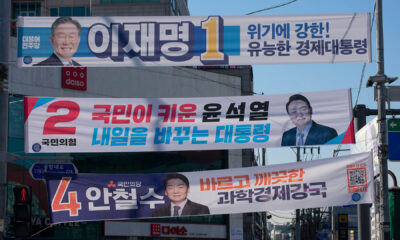