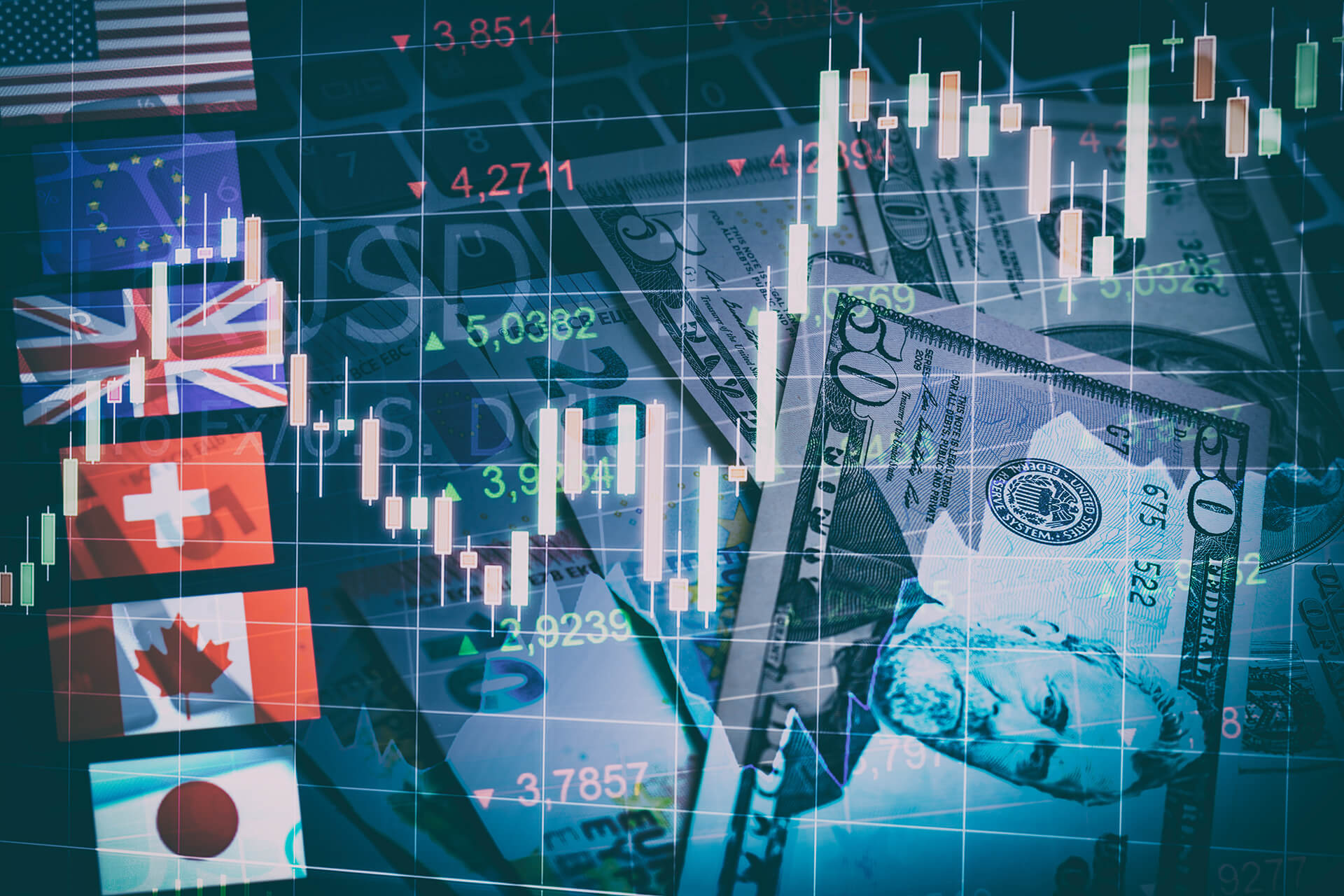 The tale began in 1944. World War II was at its peak in Europe. Amidst such insecurities, 44 allied nations convened in New Hampshire to establish the Bretton Woods System. Under the stipulations of the system, all countries adjusted their currencies to the US dollar while fixing the dollar to gold. They assumed that fixing a gold standard would reduce volatility in the global economy. Conveniently, that agreement also established US hegemony over global trade. However, by the early 1970s, that system collapsed as the US encountered a gold crunch.

The US faced a balance of payments crisis. The Federal Reserve did not have enough gold reserves to back the dollar. The infamous Nixon Shock ended the US dollar’s convertibility to gold.

The waxing and waning of the petrodollar

Henceforth, the US dollar plummeted as countries rapidly lost confidence in the greenback. This is the point that pivots the reality of today. In the mid-1970s, President Richard Nixon struck a deal with the Organization of Petroleum Exporting Countries (OPEC) to trade oil exclusively in dollars in exchange for US military assistance. Consequently, the petrodollar emerged, oil prices quadrupled, and the rest is history.

Ever since, the US dollar has been the undisputed exchange-reserve currency across the world. Agreements with Saudi Arabia and the rest of the Middle East reinforced the global oil trade in the greenback currency. Trading oil and gas futures, denominated in the dollar, entrenched the position of the US as the global superpower. While the euro surfaced as a strong contender in the 1990s, dollar-based finance continued to flourish. Developing economies like China and Russia had no choice but to hold US Treasuries and accrue massive dollar reserves to hedge currency risk. And, while fractious elements, like Iraq’s Saddam Hussein, and Muammar Gaddafi relentlessly attempted to derail the petrodollar, those efforts led to invasion, assassination, and decimation.

Can the Dollar Continue to Dominate in a Changed World?

Today, multiple geopolitical and economic factors are again turning the tide against the supremacy of the US dollar. Rapid globalization was already a ticking time bomb situation for the greenback. Now, China’s rise as the next potential economic powerhouse, Russia’s exclusion from the dollar-driven SWIFT system and a global economic slowdown are challenging the dominance of the US dollar.

The trend towards de-dollarization is not exactly a novel phenomenon. Latin America attempted to move away from the dollar in the 1990s. In response to US sanctions, Venezuela sought to pay for oil payments in Chinese yuan instead. Chile de-dollarized in the 1980s and generally avoided dollarization. In the early 2000s, Iraq attempted to sell oil in euros while Libya actively lobbied for years to forge a pan-African gold standard.

However, the global financial crisis of 2007-08 reversed this trend to de-dollarization. Over the last decade, no significant development emerged to diminish the dominance of the US dollar. With a rift emerging between the US and Saudi Arabia, the dollar faces a new challenge.

The US and Saudi Arabia drift apart

With 17.2% of global exports, Saudi Arabia is the world’s largest crude oil exporter. In the past, it was the biggest supplier to the US. It is because of oil that Saudi Arabia emerged as a core US  ally in the Middle East. Saudi Arabia leads OPEC. In the past, this gave the US an indirect sway over global oil prices, which are denominated in dollars. This allowed successive American governments to run massive trade deficits and take cheap debt. Since 1979, the Saudi Kingdom has been a US proxy against Iran.

In the past few years, the US has boosted shale oil production and built up its Strategic Petroleum Reserve (SPR). In the 1990s, the US imported an estimated 2 million barrels per day. By 2021, this figure fell to mere 500,000 barrels per day, a fall of 75%.

Recently, the Saudi royalty has been particularly dissatisfied with US President Joe Biden’s policies in the Middle East. Biden’s decision to withdraw support for Saudi Arabia’s military intervention in Yemen annoyed Riyadh. Houthi attacks on Saudi oil facilities and Biden’s attempt to revive the nuclear deal with Iran has increased Saudi insecurities. Riyadh believes that the US is backtracking on the historic security guarantees to the House of Saud.

Biden’s recent Middle East tour was an abject failure. He failed to achieve his principal objective: get Saudi Arabia to increase oil production. Most recently, the White House has accused OPEC+ of aligning with Russia after this grouping of oil producers agreed to deep oil production cuts. In turn, OPEC+ has accused the West of “wealth arrogance” and hypocrisy.

China and others emerge as an alternative to the US

Over the years, China has emerged as the top importer of Saudi oil. In 2020, Saudi Arabia exported $95.7 billion worth of oil. China accounted for $24.7 billion of that figure while the US  imports were a mere $6.59 billion. China’s Belt and Road Initiative has invested in Saudi Arabia and Chinese investments reportedly reached $43.47 billion in 2021.

Saudi Arabia is planning to invest in Chinese companies. Aramco has signed a $10 billion deal with Chinese petroleum companies. Talk of the petroyuan oil trade has hit the headlines. As of now, the  $13.4 trillion eurodollar market and the $25 trillion US Treasury market offer depth and liquidity that no one else can match. Yet this could change in the future. Rising interest rates have strengthened the dollar, causing import bills of poorer economies to shoot up and triggering a global debt crisis. This might shake the global faith in the US dollar and at least China’s trading partner might become more amenable to trading in yuan.

Russian President Vladimir Putin recently addressed the BRICS Summit, a grouping of Brazil, Russia, India, China and South Africa. He spoke of an alternate mechanism for international payments and an alternative to the International Monetary Fund’s Special Drawing Rights (SDRs). Instead of denominating against the dollar, countries could use a basket of their respective currencies instead.

Talk of Iran and even Saudi Arabia joining BRICS has emerged. Were this to happen, such a grouping would make up more than a third of the global GDP, over 25% of the global oil output, roughly 40% of the global iron production, and about half of the world’s agricultural production. Even a weakened Russia has caused havoc in global oil and commodity markets. An expanded BRICS with its own reserve currency could seriously challenge the dollar.

Russia and China are already engaging in ruble-yuan trade. Russian energy giant Gazprom recently announced that Beijing would start “making payments for Russian gas supplies in the national currencies of the countries — the ruble and yuan.”  Frozen out by the West from SWIFT, Russia is now using China’s Cross-Border Interbank Payment System (CIPS). In due course, CIPS could emerge as a big winner of the Russia-Ukraine War. India is openly defying American pressure by increasing its oil purchases from Russia. Now, Russian oil makes for 21% of Indian oil imports, up from less than 1% before the war. India is buying discounted Russian oil to curb inflation and this trade is no longer denominated in dollars. Along with closer Russia-China ties, India’s imports of Russian oil dent the dominance of the dollar. So are moves by NATO member Turkey to buy discounted Russian oil. If such trends continue, the days of the US dollar may be numbered.