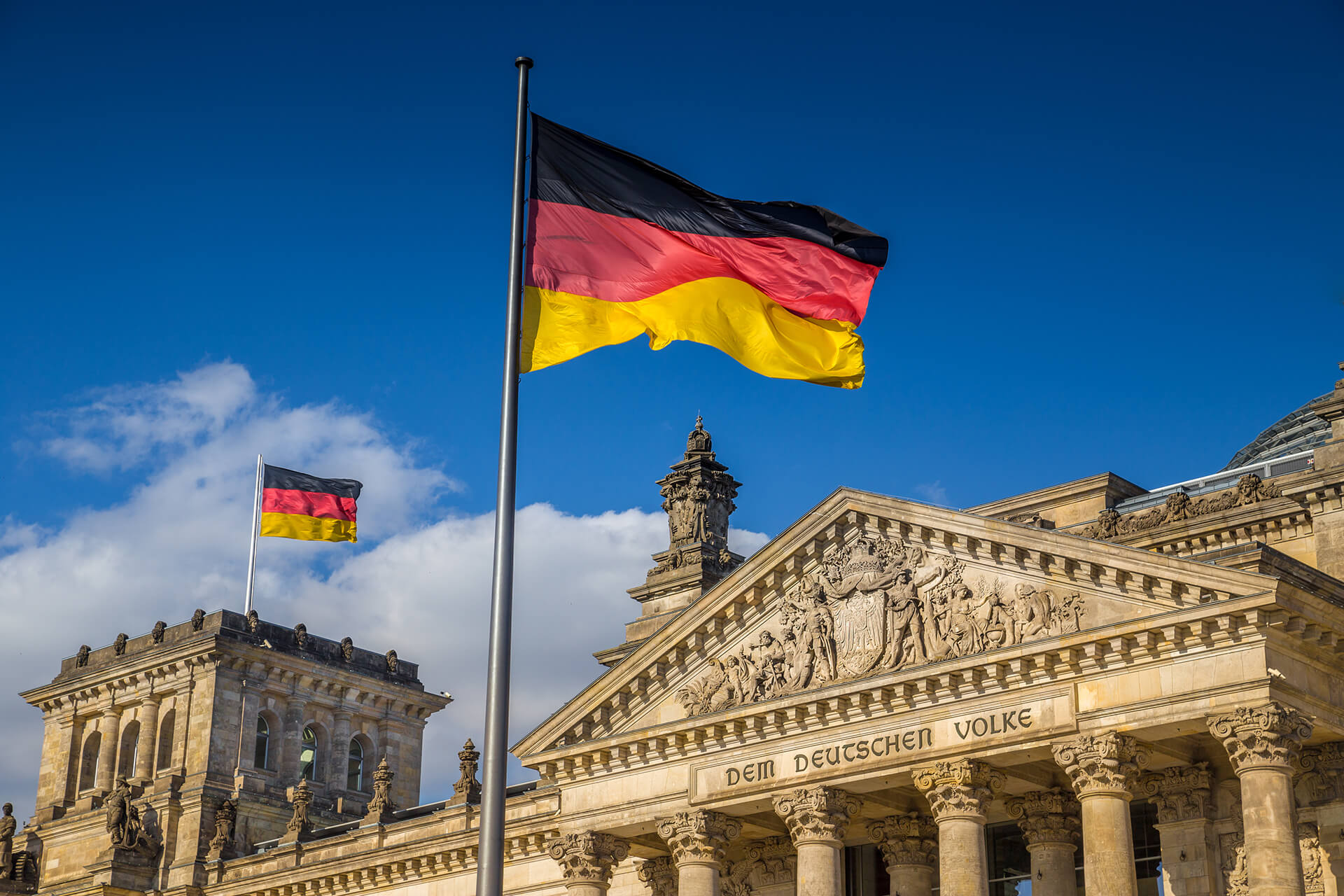 Who Are Germany’s National Minorities?

Four state-recognized autochthonous national minorities live on German territory: the Danes, Frisians, Sorbs, and the German Sinti and Roma. In accord with the International Covenant on Civil and Political Rights (ICCPR) and the European Framework Convention for the Protection of National Minorities (FCNM), five criteria need to be fulfilled to be granted minority protection by the German government: the minorities’ members are German nationals; they have a distinct identity, consisting of an own language, culture, and history; a wish to maintain and preserve that identity; they have settled in Germany for a long time within traditional settlement areas.

As demographic statistics and socioeconomic data based on ethnicity are historically not collected in Germany due to the Nazi past, the numbers of people belonging to the national minorities are estimates. About 50,000 members of the Danish minority live in the northern state of Schleswig-Holstein, bordering Denmark, and 50,000-60,000 Frisians live along the North Sea coastline between the Netherlands and Denmark. About 60,000 Sorbs, a Slavic minority, live in the Lusatia region, close to the Polish border in East Germany. The minority of the Sinti and Roma provides an exemption from the criteria of residing in a specific settlement area with 70,000 members living all across Germany.

The lack of demographic data on national minorities implicates that no figures are available on the number of eligible voters in the respective minority groups. Despite only making up a small proportion of the German electorate, Germany’s far-right AfD has increased efforts to stage themselves as their true advocates.

With this statement, Storch argumentatively and tacitly deprives some German citizens with an immigration background of their German identity as she had openly claimed before: “Islam is not part of German tradition and identity, and therefore it does not belong to Germany.” Furthermore, Storch misuses national minorities to spread an ultra-nationalistic ideology harbored by large parts of the AfD, according to which there is a national identity of a people that is deeply rooted.

By spreading its nationalist ideology, the AfD is trying to appeal to the strong sense of home and belonging among many members of Germany’s minorities and capitalize on this electorally. Yet, the election results of the last two federal elections do not indicate that the AfD is succeeding in areas with large populations of national minorities – except in eastern German constituencies and settlement areas of the Sorbs.

During the 2017 federal election, the AfD managed to muster up 40 percent of the votes in the Sorbian-dominated district of Spree-Neiße in southeastern Brandenburg. Despite significant gains, the party still lagged behind the CDU, traditionally voted for by the mostly Catholic Sorbs. In the subsequent federal election, in 2021, the Sorbian village of Puschwitz hit the headlines when the AfD candidate emerged as the victor. Curiously, in the neighboring Sorbian village of Crostwitz the CDU candidate pipped the AfD’s competitor to first place. Hence, it remains questionable whether these two stand-out successes of the AfD in Sorbian counties and municipalities express a seminal affinity of the Sorbian minority to the AfD, especially since the economically weaker eastern German states have been AfD strongholds anyway.

On the contrary, the relationship between Sorbs and the AfD was strained before these election results. Sorbs have long experienced right-wing extremist hostilities and attacks, but since 2014, with the beginning of the far-right PEGIDA (Patriotic Europeans Against the Islamicisation of the Occident) demonstrations and the rise of the AfD, the extent has significantly increased. According to Heiko Kosel, an MP of the Saxon state parliament for the leftist party Die Linke, “attacks on Sorbs are linked to increased xenophobia in Saxony in recent years.” Bilingual street signs were smeared and even graffitied with swastikas. Another example of the AfD’s contribution to the hostile climate toward Sorbs was its resistance to a socio-cultural community center in the East German city of Bautzen, where many Sorbs live, warning against ongoing “ethnic mixing“.

Against this backdrop, an incident during the 2017 general election stirred up the Sorbian community when the AfD once again instrumentalized minority groups to incite xenophobic attitudes toward other ethnic groups. The bone of contention was an election poster that depicted three women in traditional German, one of them in Sorbian attire, with the caption “Colorful diversity? We have it already!” That was unequivocally condemned by the umbrella organization “Domowina,” representing the interests of Sorbs in Germany: “We reject the use of the Sorbian people to exclude other minorities.”

Overt Racism Against Sinti and Roma

The fact that the AfD’s representation of the interests of national minorities is nothing more than a smokescreen is shown not only by its attempts to play national minorities off against each other but also by its open racism against the national minority of Sinti and Roma. Among Germany’s national minorities the Sinti and Roma occupy a special historic role. During Nazi Germany, they were prosecuted and murdered, resulting in a Genocide of up to 500.000 Sinti and Roma, often referred to as the ”forgotten Holocaust.” To this day, Sinti and Roma face discrimination and structural racism. In 2021, authorities recorded 109 antizigan crimes, the year before 128. Antizigan attitudes and sentiments in the center of German society are prevalent. According to a 2021 study, 29 percent of the population showed antipathy toward Sinti and Roma. To uncover the dark figure of antizigan sentiment and crime, the German government mandated the Independent Commission on Antiziganism (UKA) in 2019, and an anonymous Reporting and Information Center Antiziganism (MIA) started work in July 2022. In March 2022, the government appointed the first commissioner against Antiziganism and for the life of Sinti and Roma in Germany.

Concerning the Sinti and Roma, the AfD has willingly and repeatedly dropped the covers and counteracted its supposed self-image of being the true representative of the interests of all national minorities. The AfD has been a driving force behind picking up on and promoting antizigan racial prejudice. In a 2019 speech in the German Bundestag about measures to combat antiziganism, the AfD MP Markus Frohnmaier referred to Sinti and Roma as “Zigeuner” („Gypsys“), a racial slur that is condemned by the Central Council of German Sinti and Roma, the main advocacy group representing the interests of German Sinti and Roma: “‘Gypsies‘ is a foreign term used by the majority society that is overlaid with clichés and rejected by most members of the minority as discriminatory – because the Sinti and Roma have never called themselves that.” Disregarding this terminological clarification of the people concerned, Frohnmaier contested the designation Sinti and Roma as an “art term.”

Evoking Ghosts of the Nazi Past

In June 2018, the Saxon AfD showed no inhibition to evoking the inhumane ghosts of the Nazi past. They did so by submitting a parliamentary request, demanding the collection of demographic data on Sinti and Roma living in Saxony. Part of the requested data was the number of German and foreign Sinti and Roma living in Saxony, including their education status. Particularly startling were the queries about irregularities in the compliance with compulsory education and the number of homeless Sinti and Roma. With these suggestive and disparaging questions, the AfD consciously tapped into the persisting circulating prejudices of educational alienation, homelessness, and criminality among Sinti and Roma. With the feeding of false preconceptions and request for a registration of the Sinti and Roma population, the AfD summoned gruesome memories of the systematic genocidal policy of the Nazis against the Sinti and Roma and the Jews, which had also entailed a registration of respective population groups. Hence, collecting population data based on ethnicity is prohibited in Germany.

Paranoia and the Perils of Misreading

Not only the Sinti and Roma were affected by the AfD snubbing this particular lesson from the past. A few weeks after the request for the data collection on the Sinti and Roma, the AfD in the Saxon state parliament also asked for “reliable data” on the number of Sorbs in Saxony. Given these efforts, Germany’s National Minority Secretariat, which bundles the interests of the four national minorities, reaffirmed that belonging to a minority is the personal decision of each individual, which may not be registered, verified, or disputed by the state.