India’s opposition is attempting to thwart neoliberal Modinomics with its own version of economic populism.

The world’s largest democracy is days away from its national elections. Prime Minister Narendra Modi’s re-election bid seems stronger than ever before. The attacks of main opposition Indian National Congress party on issues like unemployment, communal polarization and favoritism in a multi-billion fighter jet deal have been largely blunted since February, when India launched an air strike against Pakistan-based terrorists.

While Modi’s popularity remains high after five years in office, India’s opposition continues to struggle. India’s young and tech-savvy voters have not yet forgotten the corruption of Congress-led governments that have mostly ruled the country since its independence in 1947. A majority Indian voters increasingly see Congress as weak on national security issues.

Described as a “final assault on poverty,” he has promised up to 6,000 rupees ($87) per month for every family earning less than 12,000 rupees a month. The scheme termed Nyay (Hindi word for justice) could benefit around 50 million households — or 20% of the total population — qualifying it as the world’s largest minimum income scheme. Such a scheme could also cost anything over $50 billion for the world’s fastest-growing major economy running a fiscal deficit of 3.4% of national GDP. But can such a scheme work in India? Is Rahul Gandhi’s minimum income scheme fiscally possible?

Betting on the Poor

In 1971, Prime Minister Indira Gandhi, the grandmother of Rahul Gandhi, won power with the slogan of “Garibi Hatao” — “Remove Poverty.” She won the election, but poverty and unemployment remained largely unchallenged. India opened its economy in the 1990s, and non-Congress governments began grasping power in states across India. They too failed to cut down on poverty despite launching an array of populist schemes. India’s largely agricultural economy remained far too dependent on monsoons and less exposed to the world markets.

India’s expanding middle class is mostly dominated by a lower middle class that struggles to make ends meet. Alongside the job crisis, poor wages are the biggest hurdle to India’s effort of raising its per capita income. Less than a fifth of the population is covered by some form of social protection.

While there is no denying that extreme poverty has reduced, poverty remains a massive challenge in over-populated India. As per the 2018 global Multidimensional Poverty Index, the incidence of multidimensional poverty almost halved between 2005/6 and 2015/16. The world poverty clock made the claim that Nigeria has now replaced India as home to the largest number of poor. Yet India was ranked 103 out of 119 qualifying countries in the latest Global Hunger Index.

The rapidly growing income and wealth inequality between urban and rural India has made it worse. In 2005, the Congress party had launched a controversial scheme called MNREGA that guaranteed the right to work for rural unskilled labor. While the scheme created petty employment, Modi termed it a “monument to 60 years of failure” owing to its wastefulness and leakages. Daily wages in urban areas remain more than twice as high as wages in rural areas.

Narendra Modi’s government launched various pro-poor schemes in the last five years. It has expanded public investment in health care and increased the banking penetration rate among rural poor. The government recently introduced a 10% reservation for the Economically Weaker Sections, extended to all castes and religions. In its last budget before elections, Modi introduced a new scheme for small farmers that shall provide 6,000 rupees per year as minimum income support.

For India’s millionaire lawmakers, poor voters are key to winning elections. Almost all of them work in the agricultural and informal sector. Some 80% of India’s poor live in rural areas. It is this section of the poor population concentrated in rural areas that is the target audience of Rahul Gandhi’s minimum income scheme. The question of welfare access among rural poor gains further relevance since the poor in India vote in large numbers, dwarfing their urban counterparts. Welfare populism has become politically inevitable.

The long road to welfare

As for the income guarantee scheme itself, the idea is not bad. India has thousands of overlapping government schemes for the millions of its poor. Many struggle to deliver on the ground. The lack of awareness and multiplicity of institutions delays the progress. An income guarantee scheme that puts the money right in the bank account is a doable idea.

As for the fiscal reality of the scheme, India currently spends more than 8% of its GDP just on government salaries. A major chunk is spent on palatial accommodation and wasteful expenditures of its senior bureaucracy. Rationalizing this and shutting down inefficient schemes could fund the income guarantee scheme. A reintroduction of inheritance tax (discontinued since 1986) and fostering tax compliance are other options in the toolkit.

There are some key problems to implementing such an initiative. Corruption among the state governments is a major challenge that makes any minimum guarantee scheme unsustainable in the long run. The success of nationwide schemes largely rests on the cooperation between union and state governments. Around 60% of India’s poor live in seven states that lack the financial muscle to pull through such schemes. Another issue will be identifying the target households and ensuring the money goes to those who need it most. To what extent can a minimum income remain unconditional? The impact on the labor supply could also be disastrous for some states.

India’s opposition is attempting to thwart neoliberal Modinomics with its own version of economic populism. It won’t be easy for Rahul Gandhi — whose father, grandmother and great-grandfather all served as the country’s prime minister — to convince Indians on this populist ploy in the weeks before the voting begins. Until then, Modi’s stellar record on clean governance wrapped around extreme nationalism might prove just enough to get him re-elected. 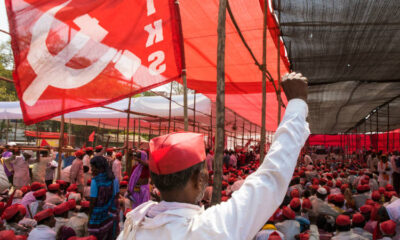 Will India Listen to Its Protesting Farmers? 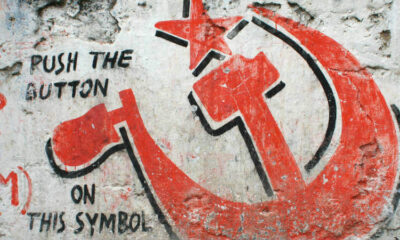