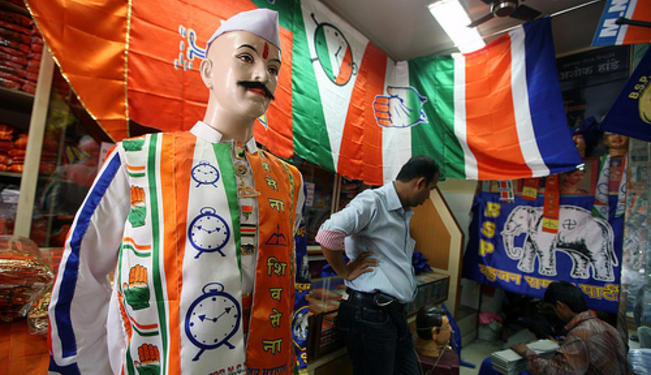 Reflections on the definition of democracy and how far it is reflected in modern India.

Abraham Lincoln famously declared that democracy is a government of the people, by the people and for the people. The definition is elegant and easy to remember. But to interpret the meaning and implement it in the political life of a nation is quite another matter.

Taking the easiest of the prepositions first: democracy is a government for the people. It means that the government should endeavour and work for the good and betterment of the condition of all sections of the populace and not merely some targeted sections. Let us see how far we, in India, have succeeded in doing this in the 60 years since independence. It will be noticed that about 20% of the population, distributed all over the country, enjoys every facility needed for a comfortable life. For them, India is a well performing democracy. If we convert the percentage into numbers, nearly 250mn Indians fall into this privileged category. This is a huge number by any standards. Only the United States has a population larger than this that enjoys similar privileges. Even China probably cannot boast of such numbers.

There are another 1000mn people in India for whom life is a daily grind and a bitter struggle. They do not have access to the basics such as safe drinking water, proper housing, sanitation, education, or medical aid. The disparity between the very rich and the very poor is increasing. Suffice it to say that for the poor, the government is not for the people. In this connection, one should observe that though almost every national party or regional party worth its name has been a part of both the central government and one or more of the state governments for at least sometime during the past 60 years, all of them seem to work for the privileged 20% while promising ameliorative measures to improve the lives of the vast majority just before elections. In sum, we may say that the government works for a small section and not for the whole population.

A government of the people indicates a government representative of the people. Fair and free elections periodically in which all voters could participate without fear or hindrance is a prerequisite of a representative government. In this regard, India can boast of having given the right to vote to all adults without any distinction regarding sex, income, education, caste, creed, or language, and of having conducted fairly free elections to the Lok Sabha and State Assemblies several times. The Election Commission has been refining procedures and regulations to make the elections absolutely free and fair. I have argued elsewhere that despite this, the elected members do not really represent the people because of the type of elections we have adopted. An elected member rarely gets more than 20 votes out of 100 eligible voters of whom on an average 60 to 70 exercise their franchise. Moreover, candidates are chosen by the various parties. No political party in this country is truly democratic internally. The constituencies do not have active offices with duly enrolled members meeting regularly to discuss matters of importance to the constituency. All that we have is a leader or leaders of each party with a personal following that is considered as belonging to the party their leader is a member in at the given moment. If he changes his allegiance to another party his followers automatically change their allegiance too. The parties do not cultivate the voters between elections, find out their problems and try to intercede on their behalf and get these problems solved by the local or state officials. The only time one hears of a party during non-election periods is when it organizes an agitation that may or may not really concern the constituency.

The so-called members of the party in the constituency have no say in the matter of the candidate’s selection for any election be it local, state, or central. The party high command select from among names suggested by the state parties but this may not be so always. Importance is given to the “winnability” of the candidate. That is, the individual is more important than the party in winning an election. Winnability usually indicates the ability to command money and muscle power. This contrasts with the time when we used to say that even a bamboo pole would get elected if it stands in the name of the Indian National Congress (INC). Political parties no longer serve the cause of the people as the INC did under Gandhi’s leadership. Because of the manner in which candidates are selected, there is no rapport between the people of a constituency and their elected member, nor does the member feel obliged to the constituents. I have deliberately avoided using the epithet “representative” because I do not feel the member really represents the constituency. Thus “Government of the people” does not exist in the country because of both the flawed election and candidate selection processes.

The third preposition is government by the people. It is very difficult to interpret. I presume that the elected member keeps in touch with his constituency and seeks their views on various matters that come before parliament or legislative assemblies, and reflects the majority view in the house or in the parliamentary party. Unfortunately, once elected, most members do not really keep in touch with the people in the constituency, especially these who do not belong to his or her party. Rarely does a member realize that once elected, he or she represents the entire constituency and not merely his or her supporters.