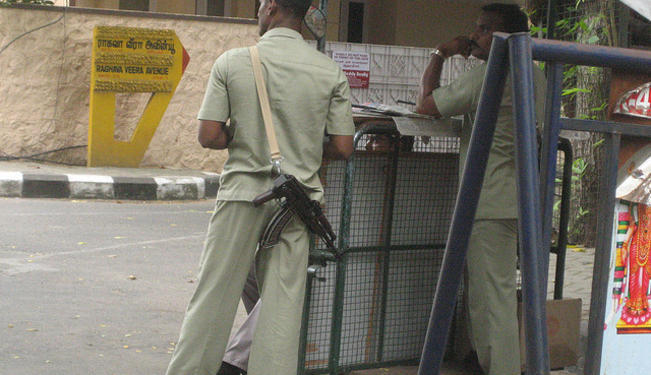 India’s greatest challenges are that its political class seems oblivious to the big picture and that national security does not receive the attention it warrants in Parliament.

A series of scandals involving high-profile public figures rocked the country over the last six months and December witnessed the Indian political establishment in great tumult. Parliament remained locked in a bitter struggle over the issue of corruption and how to deal with it, as demonstrated by the ruckus over the Lokpal Bill.

The last sitting in the Rajya Sabha reveled in legislative obfuscation and at the year’s end, Indian democracy was diminished.

Yet 2011 began with India being hailed as an island of political and economic stability, even while other nations and regions were in ferment—from the Arab Spring to Europe’s fiscal convulsions, turbulence in the Af-Pak region and Iran, and the growing social unrest in China.

However, the current domestic political contestation between the ruling Congress Party and the opposing Bharatiya Janata Party (BJP) notwithstanding, it may be reasonable to suggest that India's political stability is not in dire danger—this government is unlikely to be toppled in a hurry—though the ignominy of poor and corruption-tainted governance will be a cross that the United Progressive Alliance (UPA, the Congress’s ruling coalition) will have to bear until the next general election in 2014.

Paradoxically, the big picture in India remains positive and a Center for Economics and Business Research report released in London on December 26 indicated that the upward economic trajectory of the country will continue and that by 2020, India will be the world's fifth largest global economy. The four nations ahead of India are projected to be the US, China, Japan, and Russia, in that order.

The challenge will be to ensure that this growth is equitable and inclusive—an objective that Prime Minister Manmohan Singh has always identified, but whose realisation remains elusive.

In the intervening period, India will have to deal with complex security and strategic challenges that may be classified at three levels. The most visible is the domestic context wherein one strand, referred to as the Maoists or left-wing extremists, is the most serious challenge to internal security.

This is directly linked to the inadequate development effort. As India grows richer, the gap between the haves and have-nots is bound to increase. This in turn will lead to a growing underclass of millions who remain unemployed and impoverished, generating a tsunami of deprivation-driven anger with the potential for pockets of intense sectarian and class violence.

A related external-regional threat to security is a variation of the Mumbai 26/11 type of terror attack. Since 1990, Pakistan has been stoking and spreading the fervour of distorted Islamic ideology through groups like the Lashkar-e-Tayiba and the Jaish-e-Mohammed in order to wage a proxy war against India and incite disgruntled elements within India to join the effort. The scope of this challenge will be shaped by events within Pakistan and Afghanistan even as the US 2014 withdrawal date draws closer.

Current developments in this region are bleak and the projection for 2012 is pessimistic given the ongoing tussle between the military and civilian leadership in Pakistan and the Hamid Karzai government's inability to deal with the multiple challenges in Afghanistan.

The right-wing Islamic constituency that supports the ideology of the Taliban and Wahabbi Islam is spread in pockets throughout the South Asian region and apart from Pakistan and Bangladesh; the most recent example of this occurrence is in distant Maldives.

This will be a challenge for India for a decade if not longer, and must be addressed with the right combination of political and socio-economic initiatives complemented by security and intelligence efforts. The post-Mumbai 26/11 security preparedness audit would indicate that India has not learnt the right lessons from its long-drawn experience of terrorism.

At the strategic level, the principal challenge for India will be the “rise”of China. Over the next decade, both Asian giants are poised to grow in prosperity, though China is growing more rapidly. By 2020, China's GDP is estimated to be $17.88trn and China will be almost four times more prosperous with a slightly smaller aging population base.

History tells us that when a nation becomes richer, it is able to spend more on its defence and military profile—and China is no different.

While India's defence expenditure is currently in the range of $40 bn, China’s is almost three to four times larger and the gap is increasing in China's favour. It is instructive that the Sino-Indian bilateral relationship is characterised by what may be described as strategic restraint with tactical provocation. The unresolved territorial and border dispute that triggered the October 1962 war will soon be 50 years old: a contradictory pattern is emerging.

China will soon be India's largest trading partner and the inter-dependency on the economic front will become more robust unless Beijing decides to embark upon a very rash and impulsive anti-India initiative. While the top political leadership in Beijing has been cautious till now, the 2012 transition in Chinese leadership will have to be managed prudently by both sides.

The related strategic link is how Delhi defines and manages its holistic military profile in relations with Washington and Moscow. It is a shame—and a source of vulnerability—that India is the world’s leading importer of military inventory but still has negligible domestic design and production capability. Perhaps the greatest challenge to India is that its political class seems oblivious to the contours and challenges of the big picture and national security does not receive the objective and constructive attention it warrants in Parliament.