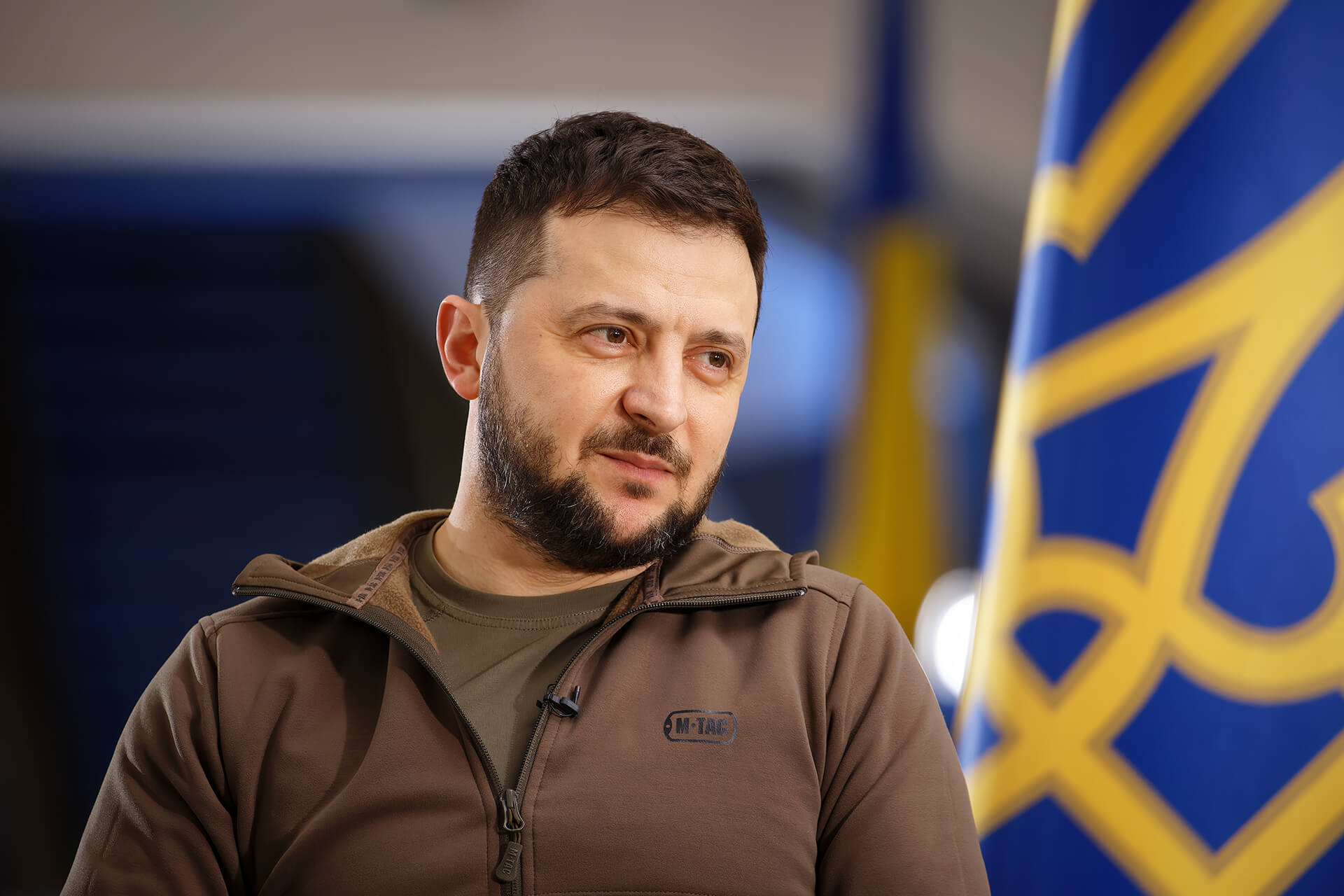 Over the past six months, most reporting on the Ukraine war in US media has failed to acknowledge or even consider any event that may have occurred prior to February 21 of this year. On that date Russian President Vladimir Putin delivered a lengthy televised disquisition on the history of relations between Russia and Ukraine. It was obvious to attentive observers that an invasion of the latter by the former was imminent.

Until then, despite Putin’s protestations, history in the region had become irrelevant, if not non-existent in the eyes of American media. Of course, Russian troops had been massing at the border and the US expected an invasion, but that could be explained not by history but simply by the volatile personality of the man in the Kremlin . The US State Department could carry on patiently preparing for the inevitable. In fact, they had been planning the coming showdown for decades as they continued focusing on the integration of Ukraine into the Utopian space of the Western world. That integration represented a slow campaign led by a series of American presidents, including two Bushes, Bill Clinton, Barack Obama, Donald Trump and now Joe Biden. For Americans, who are usually hurried because of their belief that time is money, the process appeared to be comparable to the geological phenomenon of continental drift. It might take time but it was inevitable, an overseas version of manifest destiny.

Ukraine’s drift from the Asian to the European continent and its integration into the Western sphere had been underway – and under US management – since 1991. Three decades is a long time, but so were the two decades spent playing soldier in Afghanistan. The Ukrainian drift was so slow that even the various revolutions – orange and otherwise – that dotted that historical span were made to appear to the public as little more than the natural earthquakes that always accompany continental drift.

In other words, Putin’s history lesson had no meaning, since, as Caesar once said, the die was cast, already, back in 1991. The Soviet Union was falling apart and, in the ripeness of time, Russia would meet the same fate. The result has been that in the six months since the invasion , there has been a blackout on all reference to the history that preceded the fatal date of February 24, when Russian troops began crossing the border.

Those who were paying attention in the period preceding the invasion will recall the attempts of the US State Department to predict the date while claiming that it would all begin with a false flag operation. One got the impression they were itching for the day to come, just to say, “I told you so.” Observers may remember that Ukrainian President Volodymyr Zelenskyy at the time insisted that all would be well. As Franklin Delano Roosevelt (FDR) once said, “the only thing to fear was fear itself.” That was before the former actor’s role switched – in the eyes of the media – from being the incarnation of FDR to that of Winston Churchill.

Now it appears, according to The Washington Post, that Zelenskyy’s image among Ukrainians is being degraded to resembling something closer to Neville Chamberlain than either FDR or Churchill. The president’s compatriots are now complaining of “his failure to share with Ukrainians details of repeated U.S. warnings that Russia planned to invade.” They specifically regret that “Zelensky had prioritized the health of the economy over their well-being.”

In another article concerning the lead-up to the war, The Post appears to be joining the chorus of those who blame Zelenskyy. While insisting that the US – as always – did the right thing, the Ukrainian government failed to follow orders.  “Guys, dig the trenches!” one US official told the Ukrainians at the time. ‘I’m serious. Start digging trenches… You will be attacked. A large-scale attack, and you have to prepare for it.’” Instead, Zelenskyy insisted on remaining calm.

This reported dialogue concludes with a quote from Ukrainian Foreign Minister Dmytro Kuleba: “We asked [the Americans] for details; there were none.”

Facts that, for strategic reasons, must never be shared or explained by a party who is in a position of commanding power for fear of seeing one’s power diminish, even if those facts are essential to the well-being of those the power has committed to protect.

In the court of media law, Zelenskyy and his government have been judged guilty not just of failing to obey orders from the US but also of asking too many questions. Though the order was clear, no trenches were dug, despite a clear warning by the authoritative voice of the US State Department, who should be counted on to know when a war it has spent decades provoking is likely to occur. In such cases, no details are needed.

It is therefore high time to reassess Zelenskyy’s role in a major historical event that has split a formerly globalized world into two opposing camps, both economically and politically. This drift in the unexpected hero’s image merits the attention of the pundits and indeed of every politician and media commentator. It should now be obvious that this is the US State Department’s war to have and to hold, till death do Ukranians part.

A tide has turned. French President Emmanuel Macron, who made headlines attempting to precipitate negotiations between Ukraine and Russia, is now resigned to spending his time persuading France’s citizenry to accept the economic burden this has created as “the price of freedom.” He finally realizes that once the US State Department has defined the course of history there is nothing more to say.

When the history of the Ukraine war is finally written, if ever that day comes, some of the “details” of events back in February and March may prove intriguing. On March 7, ABC News managed to secure an exclusive interview with Zelenskyy conducted by celebrity news anchor, David Muir. Referring to a Russian proposal containing “conditions to end this war,” Muir solicited the president’s reaction. The proposal included changing the constitution to prevent Ukraine from joining NATO, the recognition of Crimea as a Russian territory and the independence of Donetsk and Luhansk.

“Are you willing to go along with all three of those conditions?” Muir solemnly asks. “What is your message to Vladimir Putin right now?” Zelenskyy replies that he is “ready for a dialogue” but not “capitulation.” He adds that NATO is no longer an issue. In other words, the Russian proposal is worth considering.

Muir, however, can’t take peace for an answer. Reformulating Zelenskyy’s response, he turns it on its head. After repeating the three conditions and insisting that this interview should be viewed as a “message” to Vladimir Putin, Muir contradicts everything his interviewee has just said. He calls the proposal “a non-starter” and asserts that Zelenskyy is “not willing to [inaudible] those three conditions right now.” Zelenskyy then disobediently reaffirms his willingness to negotiate, saying, “we can discuss and find a compromise.”

An honest journalist seeking to clarify the issues surrounding a catastrophic war would then try to dig into the “details” concerning a prospect for ending the war. But Muir had no time either to be honest or to explore a hypothesis that he understood the US State Department was seeking to avoid even considering. This state of affairs became evident later in the month of March, when UK Prime Minister Boris Johnson was sent to Kyiv to personally deliver the message to Zelenskyy. Under no circumstances will there be negotiations. This is a war that Joe Biden, even today, informs us the US will continue to support “as long as it takes.”

As usual, Biden has provided no details defining what the “it” in “as long as it takes” might mean. Presumably this refers, as Defense Secretary Lloyd Austin has hinted,  to “weakening” Russia. Or, as Biden himself suggested with his famous quote, “this man cannot remain in power,” regime change. We will only know for sure the day Biden can stand in front of a banner marked, “Mission accomplished.”

The most astonishing thing about the Muir interview doesn’t concern Biden or Zelenskyy. It’s the spectacle of a journalist directly contradicting the president of a sovereign nation, twisting his words to correlate with an interpretation he clearly received from the State Department. To some this may seem like a detail, but is there any better proof that corporate media in the US is not just connected to the deep state. It is the deep state.