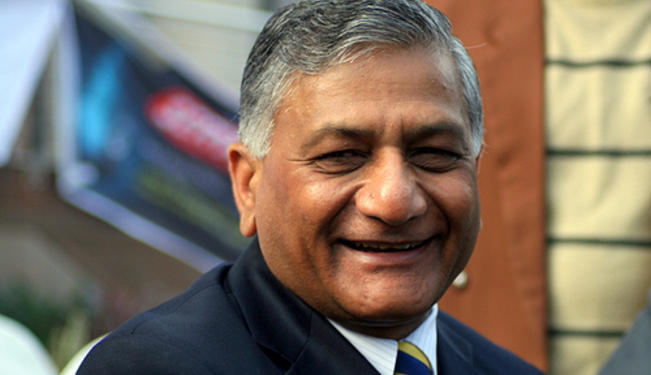 The government should support and modernize the Indian army instead of alienating it. This is part one of a series of two.

The Indian Supreme Court’s refusal to intervene in Chief of the Indian Army Staff (COAS), General V.K. Singh’s petition to have his ‘actual’ date of birth recognized in the service records has provided a breather to the beleaguered Manmohan Singh-led United Progressive Alliance (UPA) coalition in India. Months of washing dirty linen in public by both the government and the opposition have resulted in government relations with the armed forces touching their nadir.

In a bizarre situation, two separate dates of birth for General V.K. Singh were being maintained in army records. General Singh, who had gained three promotions on the basis of a previous date of birth, had approached the judiciary to rectify it to a later date.

The documents presented by General Singh in support of his age-related contention favored his claim. The General also asserted that his superiors had previously compelled him to accept the incorrect date with the assurance that the matter would be amicably resolved at a later stage. This never happened as the government rejected his plea for a rectification of records. Left with no other option the General was forced to approach the judiciary. This latest conflict has brought forward the differences between the politicians and the defense forces, that have existed at a subliminal level ever since independence in 1947. The chasm has however widened in the recent past.

The first Indian Prime Minister – Jawaharlal Nehru – ensured that the political class and the bureaucracy combined, relegated the armed forces to a subordinate position in the formulation of policy. The political leadership, apprehensive of a dominant military setup, ensured that the defense forces played second fiddle even on issues pertaining to national security.

Discontent in the Indian Army first appeared with the appointment of Krishna Menon’s as Defense Minister in 1957. Mr. Menon soon fell out with the much-admired COAS, General Thimmaya. This fall out, coupled with Mr. Nehru’s foreign policy of non-alignment, became major reasons for a humiliating defeat against the Chinese in 1962.

In 1971, General Sam Manekshaw was the COAS and commanded the Indian forces to victory over Pakistan. This was redemption for the humiliation of the Indian Army in 1962.

However, General Manekshaw’s popularity amongst the civilian population and his soldiers’ general good image fed Prime Minister Indira Gandhi’s paranoia about a military coup. The contempt in which the General held the political class did nothing to dispel her fears. Instead, the political class supplanted a pliant COAS willing to comply with the political diktats.

In order to maintain its supremacy over the Defense forces, the political leadership has conveniently utilized the façade of the primacy of civilian institutions as being an essential facet of a vibrant democracy. Therefore the Defense Secretary, a career bureaucrat, remains the head of the defense department, much to the chagrin of the defense forces who view this as interference by civilian institutions in military domain.

Since independence, the Indian defense forces have fought five wars with China and Pakistan. Apart from the presence of hostile neighbors, the longstanding dispute with Pakistan over the troubled state of Jammu & Kashmir has further exacerbated the troubles of the defense forces.

Pakistan’s overt support for Islamic terrorists operating in Jammu & Kashmir has forced the army to take the onus of maintaining law and order in the state. Similarly, covert Chinese support for insurgency in India’s northeastern states has converted the restive region into another challenge for the armed forces.

The Indian army is also facing a shortage of officers. This shortage emanates primarily from the growth of the Indian economy and the resulting opportunities in the private sector which promise lucrative pay packages and a comfortable life. The armed forces’ lack of operational independence due to constant political and bureaucratic interference is also a major reason that deters youth from wanting a career with the defense forces.

Once known for having the highest institutional probity, the Indian Defense forces have also suffered on account of rising corruption. General Singh’s imbroglio with the government has its roots in a corruption scandal that involved senior army personnel. The ‘Sukhna land scandal’ of 2010 witnessed senior army officers sell off prime army land at throwaway prices to a commercial venture.

General Singh initiated disciplinary proceedings against the officers responsible for the land scam and this resulted in their being court-martialed. The dismissed officers were believed to be close to a former COAS who curried favors with the government.

The government’s brazen approach to the dispute about the General’s age is seen as retribution for his refusal to bow to the political agenda behind the Sukhna land scandal. Though the dispute could have been addressed in a less public manner, it was dragged to court, and has further damaged the already tenuous state-military relationship. The government is more intent on ensuring the defeat of the General than on modernizing the army. With vital procurements pending clearance from the government, the COAS was compelled to write to the Defense Minister about the ‘serious degradation in the war waging capability of the army.’

The army’s assessment indicates that in case of a full-blown conflict in the Western Command with Pakistan, critical ammunition would not last even two days.

Instead of responding to this assessment, the government is now engaged in covertly accusing the army of using surveillance vehicles to spy on the residences and offices of senior defense ministry officials, including the Defense minister.

Given its penchant for deriding General Singh, the government is dropping hints about his involvement in the surveillance matter. The purported eavesdropping apparently took place when the General’s row with the judiciary was at its peak.

But the government’s game was given away by the fact that the investigations into the supposed eavesdropping were launched on the basis of an anonymous complaint. Conveniently, a government which is embroiled in mammoth corruption scandals and is oblivious to the mountains of evidence against its senior ministers, gets pro active while trying to belittle its COAS, and thereby the very institution that defends the nation.

The gulf between civil institutions and the armed forces is not confined to the serving personnel and their requirements.

The longstanding demand of ex-servicemen for the implementation of the ‘One Rank One Pension’ scheme has repeatedly received indifferent responses from the government. With the implementation of revised pay structures, the pension divide between ex and present servicemen has been steadily increasing. The One Rank One Pension scheme demands that all retired military personnel who held the same rank be paid the same pension, regardless of when they retired. The anomaly is felt more by the ‘post below officer rank’ (PBOR) servicemen who have a limited career span and therefore greater need for financial security. Peeved by government apathy, gallantry award winners have resorted to the extreme step of returning their medals to the President of India who is the constitutional head of the defense forces.

The ‘Committee of Petitions’ of the Rajya Sabha (upper house of Parliament) has also submitted a report in favor of the ‘One Rank One Pension’ demand of the ex-servicemen. Unfortunately, since ex-servicemen do not constitute a vote bank and their agitation remains disciplined, the government has turned a deaf ear to their demands. These dilatory tactics have only served to increase the frustration of ex-servicemen.

The Indian armed forces have remained remarkably apolitical in comparison to their counterparts in India’s volatile neighbors; in Pakistan and Myanmar, the army calls the shots.

The government needs to remove the perception of being at war with its own army. Otherwise, the damage done to the civil-military relation might prove to be irreparable. The government could do well to sit back and ponder.
Read part two of the article here.
The views expressed in this article are the author's own and do not necessarily reflect Fair Observer’s editorial policy.