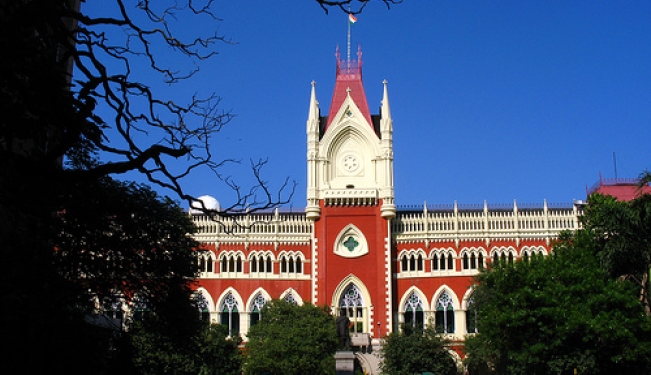 India is riveted on what has been termed as the biggest corruption case todate – the 2G telecom scandal – that began in a special CBI court in Delhi on Friday (Non 11). On trial are former telecom minister A Raja and the high profile MP – animozhi, daughter of DMK supremo, Karunanidhi, the former Chief Minister of Tamil Nadu and 12 other individuals that includes senior bureaucrats and captains of industry. The loss to the exchequer is estimated to be $ 40 billion – or almost 200,000 crore rupees.

Will justice be done and swiftly at that ? The answer it appears may be in the negative. The higher judiciary, till recently seen as the last bastion of institutional integrity now joins the legislature, executive and media as being tainted. The deviant has become the norm in India.

The reason for this cynicism is the revelation made by Ruma Pal, a former judge of the Supreme Court . Delivering the fifth V M Tarkunde Memorial Lecture on Thursday (Nov 10) in Delhi, Justice Pal slammed the higher judiciary for what she called the seven sins.

Highlighting the many inadequacies that blight the higher judiciary in the country, she listed the sins as: turning a blind eye to the injudicious conduct of a colleague; hypocrisy – the complete distortion of the norm of judicial independence ; secrecy – the fact that no aspect of judicial conduct including the appointment of judges to the High and Supreme Court is transparent ; plagiarism and prolixity – meaning that very often SC judges lift whole passages from earlier decisions by their predecessors and do not acknowledge this – and use long-winded, verbose language; arrogance of the personal nature – wherein the higher judiciary has claimed crass superiority and independence to mask their own indiscipline and transgression of norms and procedures ; professional arrogance – whereby judges do not do their homework and arrive at decisions of grave import ignoring precedent or judicial principle; and finally nepotism – wherein favors are sought and dispensed by some judges for gratification of varying manner.

The Tarkunde memorial may have been an apt forum for Justice Ruma Pal – herself a judge of the highest personal and professional rectitude – to expose the glaring shortcomings in the Indian higher judiciary. Justice Tarkunde ( 1909 – 2004) was never elevated to the Supreme Court – ironically, his integrity and courage were a handicap – but is remembered as the father of the Civil Liberties movement in India and was a well-known civil rights activist and humanist leader. The Supreme Court had once described him as "undoubtedly the most distinguished judge of the post-Chagla 1957 period ” in the Bombay High Court.

Alas, India has produced very few judges of the caliber of Chagla, Tarkunde and Khanna amongst the very few who could be held up as role models – and this augurs ill for a democracy, where the supremacy and legitimacy of the rule of law should be the norm and not an exception. While the dramatic but short-lived Anna Hazare movement did succeed in drawing attention to the cancer of corruption that is eating into India, the scope of the problem and the manner in which it has permeated the highest court in the land was vividly described by Justice Ruma Pal. To that extent, the 2 G telecom scandal may well be the tip of the very murky Indian iceberg.

The higher judiciary in India has been racked by many scandals and in June this year, former CJI KG Balakrishnan (currently Chairman of the National Human Rights Commission) was accused by two of his former colleagues – Justice Shamsuddin and Justice Sukumaran of nepotism. Accusations that his family acquired disproportionate wealth through their connection to the CJI are yet to be disproved. Earlier there were similar allegations about another former CJI – Y K Sabharwal and this is only a partial list.

The moot question is whether the higher judiciary in India is capable of being rescued from its own excesses of ineptitude and turpitude. Justice Pal made an eminently correct observation when she dwelt on the personal integrity of each judge as the only way to restore both the independence and credibility of the judicial process. Regrettably the manner in which the personal misdemeanors of indicted judges – PD Dinakaran, Soumitra Sen and V Ramaswami have been dealt with only adds to the cynicism of the average India. The legislature and the executive have either connived or blocked the logical conclusion in each case – and the tainted judges have not been penalized.

The magnitude of corruption in the higher judiciary has a very pernicious effect on the entire Indian fabric and makes a mockery of the democratic dispensation – and the sanctity of the Constitution. The country needs to deal with this cancer with determination and honesty. Many years ago in 1976, another fearless judge – Justice HR Khanna ( 1912 – 2008 ) offered a landmark dissenting judgment during the Emergency imposed by then PM Indira Gandhi. Ruminating on ‘dissent’, he appealed to “the brooding spirit of the law” and the “error” of the court.

Justice Ruma Pal is to be saluted for her courageous dissent of conviction and reminding her peers that they need to put themselves on self-trial. The alternative is for India to sink further into the cesspool of even greater corruption.

The Sanskrit saying favored by Mahatma Gandhi, “Satyameva Jayate”, that means truth alone triumphs is being put to test.