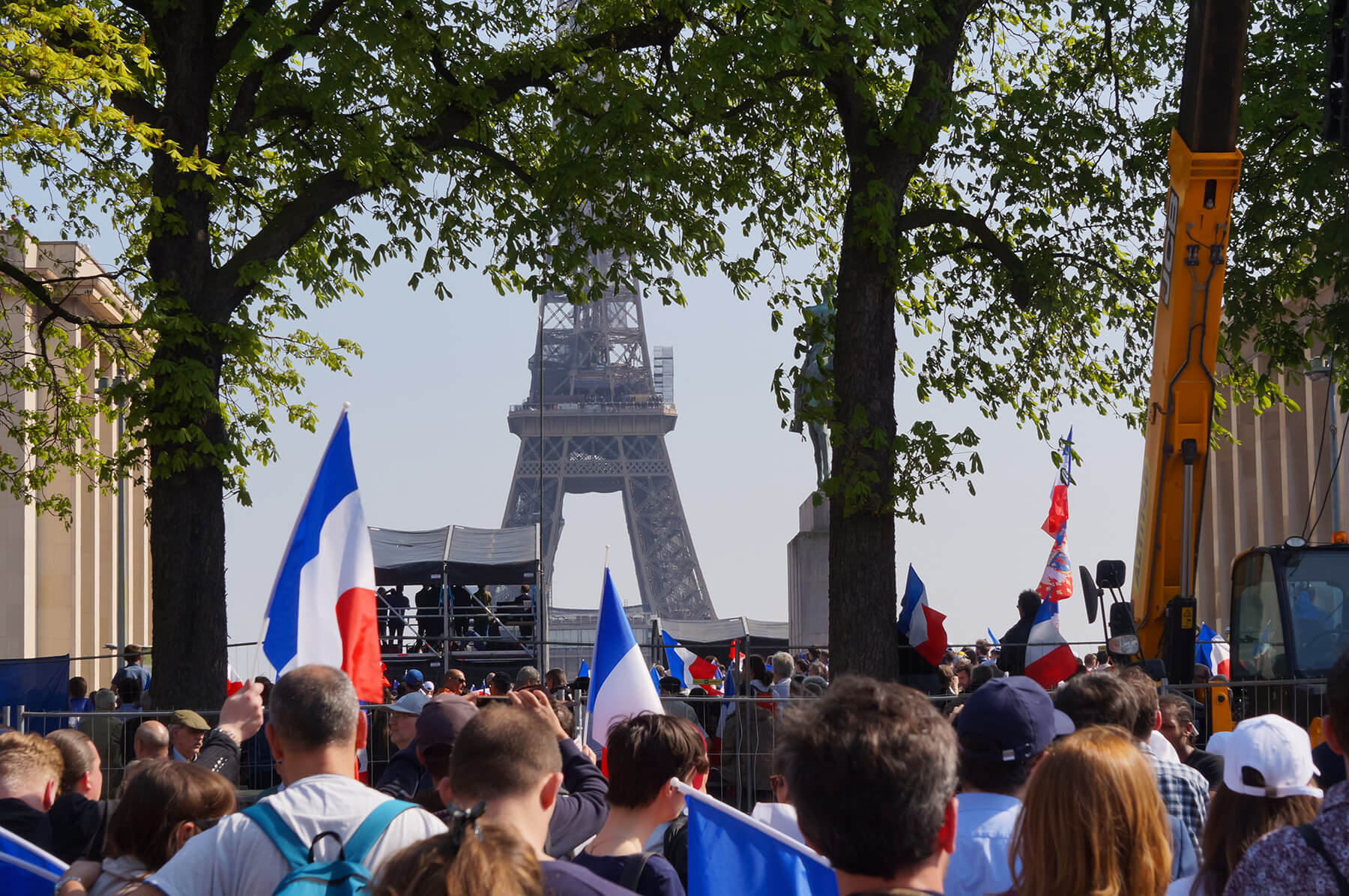 In Sunday’s first round presidential race, even though the ultimate result is to set up a repeat of the 2017 runoff between the incumbent Emmanuel Macron and the xenophobic candidate Marine Le Pen, there were two enormous surprises. The first was the utter humiliation of the two political groupings that traded turns at running the country for the past 70 years. Valérie Pécresse, the candidate of the Republican party (the establishment right), ended up with 4.7% of the vote. The Socialists, heirs to the Mitterrand legacy and the last of the dominant parties to hold the office, didn’t even reach 2% (they got 1.75% of the vote), less than the communist candidate who got just over 2%.

The second surprise was the strong showing of Jean-Luc Mélenchon, a non-establishment leftist, who, it now transpires, would have overtaken Le Pen had any of the other candidates dropped out to line up behind him. It’s a moral victory of sorts for voters on the left, who have now been excluded from the final round of the two most recent presidential elections. The compensation is that, with legislative elections looming in the immediate aftermath of the April 24th presidential face-off, it will inevitably lead to some kind of intriguing regrouping or redefinition.

In its reporting on the election, The New York Times focused on the one issue that is of most interest to its American readers: the impact on what it calls the “Western unity” US President Joe Biden has so solidly engineered in his response to Russia’s invasion of Ukraine. The Times foreign editor, Roger Cohen expresses the fear that, “in the event of an ultimate Le Pen victory” France will become “anti-NATO and more pro-Russia.” He adds that this “would cause deep concern in allied capitals, and could fracture the united trans-Atlantic response to the Russian invasion of Ukraine.” In other words, make no mistake about it, The New York Times is rooting for Macron.

Opposed to the ideal the United States government imagines for Europe, defining it as a continent composed of free, enlightened democracies irremediably dependent — both economically and militarily — on the benevolent leadership of a powerful American Deep State and the sincere brotherly love offered by the American military-industrial complex.

The Times may have reason to worry. While the odds still favor Macron, Le Pen could possibly duplicate Donald Trump’s incredible overcoming of the odds in 2016 when he won the US presidency, and largely for the same reasons. Macron has been a contested leader, branded by opponents on the left and right as the “president of the rich.” Hillary Clinton similarly suffered from her image of being a tool of her Wall Street donors. There comes a point in every nation’s life when the people seem ready to take a chance with what appears to reasonable people as a bad bet.

Perhaps that time has come for France. Its electors exercised what they call “republican discipline” against far-right politicians when Jacques Chirac defeated Le Pen’s father, Jean-Marie, in 2002. He harvested 82% of the vote to Le Pen’s 18%. In 2017, though Macron was still an unknown entity with no serious support from either of the major political groupings, the young man easily defeated the far-right candidate with 64% of the vote to Le Pen’s 36%.

Prognosticating statisticians might simply follow the curve and assume that the downward slope will lead this time to a 50-50 election. They may be right. But the reason lies less in an arithmetical trend than in the growth of a largely non-partisan populist revolt directed against what is perceived to be an occult power establishment comprised of powerful industrialists, bankers, unrepresentative parties, corrupt politicians and a political class marked by an attitude of subservience to the American empire. Macron, the former Rothschild banker, has himself tried to burnish his image as a neutral, pan-European visionary who seeks to break free from the chokehold held by the power brokers of Washington DC, Arlington, Virginia and Wall Street. His attempts to negotiate with Vladimir Putin before and after the Russian invasion were undoubtedly designed to bolster that image.

The explanation everyone likes to give for Marine Le Pen’s success in distancing her rivals – including fellow xenophobe, Eric Zemmour – is her focus on inflation. James Carville may be applauding from afar. It is, after all “the economy, stupid.” The issue has been there throughout Macron’s term. It was the COVID lockdown and not Macron’s policies that cut short the dramatic “yellow vest” movement that was still smoldering when the pandemic struck. The French have not forgotten their own need for economic survival while living in a society in which the rich keep getting richer. Voters remember Macron’s joyous elimination of the wealth tax and the alacrity with which he announced higher gas taxes would fill the gap.

A musician I work with regularly told me recently: “I’m not voting in the first round, but I’ll vote against Macron in the second round.” In other words, of the possible rivals in the second round – Le Pen (far right), Mélenchon (progressive left), some even predicted Valérie Pécresse (right) – he would have voted for any one of them, just to eliminate Macron. I don’t believe he’s a racist, but he is now ready to be voting for a woman who has put xenophobia at the core of her political program.

If we tally up the scores of the candidates who are clearly anti-NATO — without including Macron who keeps his distance but adheres to the US alliance in the current campaign against Russia — the total climbs towards 60%. Historically, France is the only European country to have declared independence from NATO, when De Gaulle withdrew from NATO’s military structure and banished all NATO installations from the nation’s territory in 1966.

Roger Cohen’s and The Times’ concern may be justified, even if Macron wins the election. Even more so if the results are close. Very few commentators, even here in France, have begun trying to tease out what’s likely to emerge from June’s legislative elections. With the two traditional establishment parties on the ropes and utterly leaderless, is there any chance that a reassuringly “coherent order” dear to establishment politicians might reappear? Even if Macron wins, he never really managed to assemble a stable majority in his first term. The real questions now are these: among the defeated, who will talk to whom? And who will even grudgingly accept to defer to whose leadership? If Le Pen wins, it is unlikely she will be able to muster anything resembling a loyal majority. It is often said that “the French voters’ heart is on the left, but their vote is on the right.” With a president so far to the right, the voters won’t deliver a presidential majority in parliament, as they have so often done in the past.

Like the US and the UK, France’s democratic institutions have become profoundly dysfunctional. In no way does the political class even attempt to implement the “will of the people.” The globalized economy, with its arcane networks of power, had already diminished the meaning of democracy. The US is now consciously splitting in two that same globalized economy through its campaign of sanctions against Russia, possibly as a broader strategic move designed to create a degree of chaos that will ultimately embarrass its real enemy, China.

That radical split points in one direction: militarizing even further an economy already dominated by military technology. And as we have seen, a militarized economy means an increasingly militarized society, in which surveillance, propaganda, control and enforced conformity in the name of security cancel any appeal not just to the will, but even to the needs of the people.

It is a real pity that Jean-Luc Mélenchon didn’t make it to the second round, if only to enrich a largely impoverished debate. Independently of any of his political orientations concerning the economy or foreign policy, the leader of his party, La France Insoumise (France Unbowed), was already insisting in the previous election five years ago that the nation needed to replace with a 6th Republic an out-of-date 5th Republic created in 1958 by Charles de Gaulle. Mélenchon’s idea of a 6th Republic contained less presidential power and weaker parties, meaning better access for the people.

A lot of water has flowed under the Pont Neuf since 1958, and neither of the candidates appears interested in reducing presidential powers. But the result of this election demonstrates clearly that both presidential power and the ability of parties to give direction to the politics of the nation have become non-existent as tools of democratic government. The results show that they have reached a point of no return. No one should be surprised to see —  at some point in time after the legislative elections —  France being rocked by a constitutional crisis on the scale of the one Pakistan lived through this past week. At which point, a 6th Republic may emerge from the ashes, Phoenix-like, but with more than a few burnt feathers. 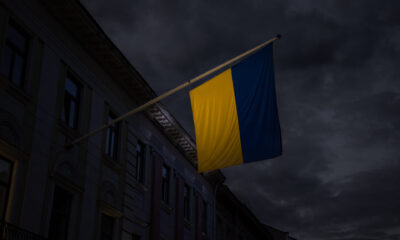 Is Ukraine about Weathering a Storm?