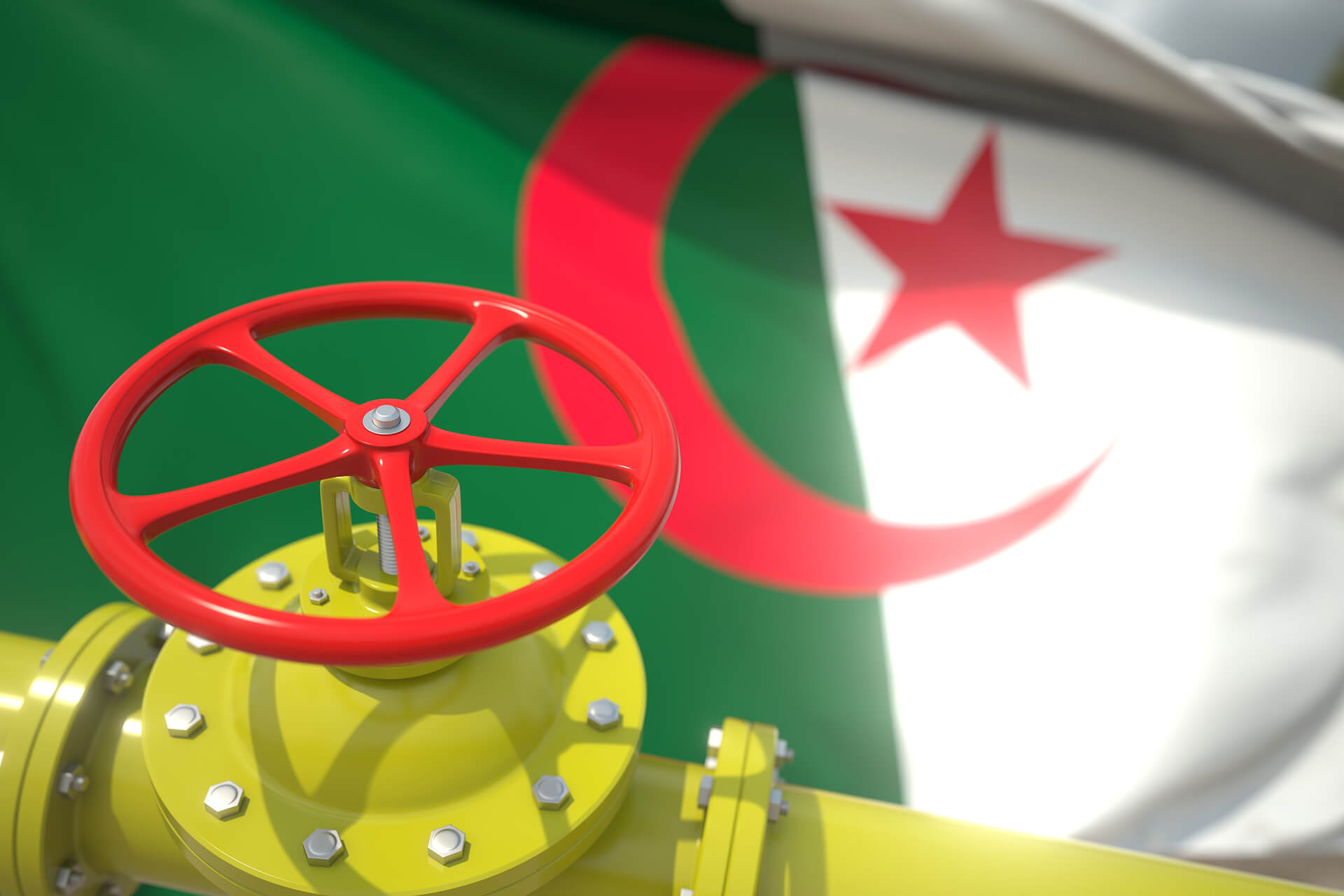 [Arab Digest thanks Francis Ghilès for this article. Francis is a specialist on security, energy, and political trends in North Africa and the Western Mediterranean and a senior associate research fellow at the Barcelona Centre for International Affairs (CIDOB.) From 1981 to 1995 he was the North Africa correspondent for The Financial Times and has written for numerous publications including The New York Times, The Wall Street Journal, Le Monde and El Pais. You can find his most recent podcast here.]

Algeria will enjoy a record income from oil and gas exports in 2022 despite not being able to offer some of its key customers such as France, Spain and Türkiye greater volumes than last year. Growing domestic consumption, encouraged by the very low prices Algeria’s domestic users of energy pay for electricity, is a key reason. Another reason is the lack of development of new gas fields over the past decade.

Algeria has a big opportunity

This is a time of opportunity for Algeria. Russia provided 40% of Europe’s imports before President Vladimir Putin’s invasion of Ukraine on February 24 this year. Since then, Europe has been scrambling to find new sources of gas after the drastic cut in supplies from Russia. Sadly, Algeria is not grabbing the opportunity to help reduce most of its northern neighbors’ dependence on Russian gas.

A recent report stated that if North African gas producers – Algeria, Egypt, Libya and Tunisia – were able to reduce gas from flaring, venting and leaking, Europe could, “within 12-24 months, start to substitute up to 15% of Russian gas via highly underutilized pipelines and liquefied Natural gas (LNG) terminals in the region.” Algerian officials have contested the statistics contained in a World Bank study on which this report is based. It is also worth noting that the July-August issue of a respected energy publication notes that “Algeria delivered significant decreases in overall flaring per barrel of oil equivalent (BOE). The estimated reduction totalled 3 million tonnes of CO2 (which) marks a significant shift for a country where the norm has been a steady increase in flaring over the last decade.”

Further reducing flaring will certainly allow more gas to be produced in the future. For now, however, the more promising route is the fast track approach taken in the recent contract signed by Algeria’s state-owned oil company, Sonatrach, and Italy’s national oil company, ENI,. Italian technical teams have been flying in to work in existing gas fields where production can be increased within 12-24 months. Italy is the only European country benefiting from increases in gas deliveries from Algeria in 2022 thanks to the strengthening of relations between the two countries.

Gas production in Algeria has great potential. Many areas of this vast country have either not been explored or need re-exploration using more modern techniques. Developing a new gas field however takes between three to five years. So, it will take investment and time for Algeria to plug in the gap left by Russia.

For the past two decades, Europe has pursued an energy policy which helps explain the current lack of gas worldwide. EU buyers fought hard to reduce the long-term gas contracts that had prevailed until then. Previously, Europeans signed contracts for 15-20 years with Sonatrach. Those long-term contracts offered security of supply and allowed the strategic development of new gas fields, both of which Europe now needs most urgently.

Another fact is worth recalling. Four decades ago, US President Ronald Regan warned Europe in general, and Germany in particular, to reduce dependence on Soviet gas. He argued in favor of alternative sources, notably Norway and Algeria. Europeans developed Norwegian resources but they argued that sources such as Algeria were no more reliable than Soviet gas. To be fair, Algeria mismanaged its energy sector under the 20-year presidency of Abdelaziz Bouteflika who was in charge from 1999 to 2019). Yet not all blame rests with Algeria. Europe played a part to ensure the current low levels of gas production.

Shift away from the dollar and North African geopolitics

According to well-informed sources in Algeria, Sonatrach has introduced a new clause into gas contracts with its foreign customers since last summer. It allows for a change in currency denomination in each contract, which both parties can alter every six months. The clause gives Algeria much greater control over its foreign policy, notably vis-à-vis the US dollar in which most oil and gas contracts are traditionally denominated.

This change reflects the growing wariness in Algeria and many other countries about the manner in which the US uses sanctions. Many believe that the US is too political in its use of sanctions. Algerian hard currency reserves reached $46.5 billion in July and are expected to rise to $80 billion given rising gas prices.  Furthermore, Algeria’s already insignificant external debt has steadily declined since July 2020.

Government finances might have improved but it continues to spend heavily on weapons purchases. It is the sixth largest importer of arms in the world and the largest in Africa. About 70% of Algeria’s weapons are sourced from Russia. The rest come from Italy, France, Germany and China. Historically, Algeria has practiced a policy of non-alignment internationally. This might have been out of fashion for a generation but is part of the country’s DNA.

The geopolitics of gas have shifted significantly in the Western and Central Mediterranean over the past year. Escalating rivalry between Algeria and Morocco closed the Maghreb-Europe pipeline, which runs through Morocco and under the Straights of Gibraltar on November 1, 2021. It is in keeping with the acrimonious tit for tat actions that have characterized relations between the two North African countries for much of the past 50 years.

Fortunately, bad relations between the two neighbors are not likely to escalate into anything more serious. Morocco has its own economic and political difficulties and an ailing Moroccan king is unlikely to want to deal with a serious crisis with his eastern neighbor. Similarly, Said Chengriha, the chief of staff of the Algerian army,  is a safe pair of hands whose main goal is to modernize the military while avoiding direct confrontations.

Spain’s diplomatic tilt towards Morocco on the Western Sahara issue in March 2022 has soured political relations between Madrid and Algiers. However, it has not seriously impacted Spanish imports of Algerian gas. Flows of gas through the Medgas pipeline, which links Algeria directly with Spain, are currently running at an estimated 10.5 billion cubic meters of natural gas (bcm). Also, Naturgy, Spain’s key importer, has reached an agreement with Sonatrach after tough negotiations. In fact, Spanish buyers of Algerian gas have settled a backlog of payments estimated at $7.5 billion with Sonatrach.

North African energy links with Europe were somewhat redrawn when Italy signed a major contract with Algeria in November 2021. This redirected some Algerian gas exports to Italy. This contract envisages the throughput of Algerian gas via the TransMed pipeline increasing from 21 bcm in 2021 to 30 bcm in 2023. Current flows suggest the 30 bcm figure could be reached much sooner. ENI has become a privileged partner of Sonatrach. The $1.5 billion contract signed between the two companies includes projects to explore and develop new sources of gas as well as to produce hydrogen and electricity from renewable sources.

Italy’s growing links with Algeria are turning the former into the Mediterranean’s new gas hub. Pipelines feed gas from Azerbaijan, Libya and Algeria to Italy’s southern shores and it is also importing growing volumes of LNG gas from Egypt. For Algeria to profit from its proximity to Italy, it needs to modernize the management of its energy sector, revise its industrial policy and reform its Jurassic age banking system. In other words, Algeria must welcome foreign investors and allow private Algerian companies to participate in the global economy. 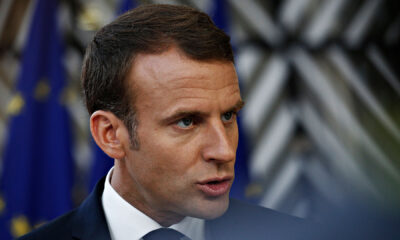