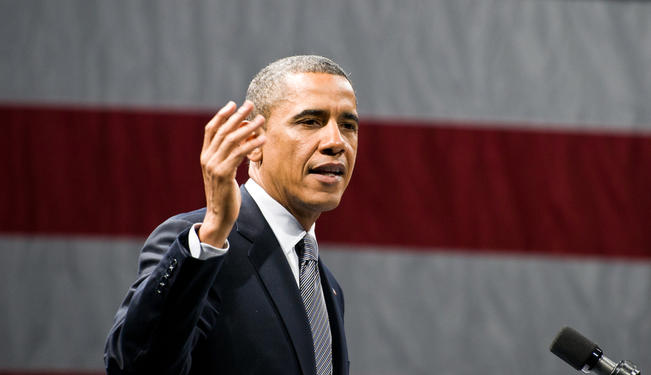 After decades of secular dictatorships, how will a new Middle East and North Africa alter centuries-old Arab-Western relations? This is the last of a two part series. Read part one here.

Security related issues and natural resources are of core concern for Western nations in the Middle East and North Africa. As uprisings and civil wars have raged on, accusations of double standards have often been lamented upon the US, UK, and France.

While the US has supported the right to peaceful protest in nations such as Egypt and Tunisia, and militarily backed anti-Qaddafi rebels in Libya with NATO, they showed reluctance to support civil political movements in Bahrain and Saudi Arabia. Strategic geopolitical interests — such as the presence of the US Navy’s 5th fleet in Bahrain and the important shipping lane called the Strait of Hormuz — essentially dictate US foreign policy in the Gulf. It is for this reason that the US continues to support the Bahraini and Saudi Arabian monarchies despite the repression of their populations.

The European Union’s (EU) interests in the region are dominated by concerns over security issues, migration, and natural resources. With southern Europe’s close proximity to North Africa, political unrest and conflict in Libya, Tunisia, and even Morocco was, and continues to be, particularly worrisome for the EU. The unrest in Tunisia, between December 2010 and January 2011, infamously prompted the French foreign minister to suggest sending French police to Tunisia in order to crush the uprising against long-time ally Zine El-Abidine Ben Ali.

As the EU continues to struggle with the economic crisis, political unrest in North Africa would likely result in further illegal migration to European states. In addition to migration issues, there are concerns over the smuggling of weapons and drugs from North-West Africa to Europe. Furthermore, any bolstering of extremist groups like Al-Qaeda in the Islamic Maghreb and Ansar Al-Sharia threatens the security of natural resources in Algeria and Libya, which would undoubtedly send shockwaves throughout Europe with increased oil and gas prices.

In sum, the EU desires a stable region to ensure strong economic and trade relations with their southern neighbors. It also wants to ensure that security issues do not spill over to Europe or lead to mass migration to its member states.

During his first term, US President Barack Obama failed to make any progress with the Israeli-Palestinian peace process as talks collapsed in 2010 over a settlement row between Tel Aviv and Ramallah. Throughout his time in office, the president has repeatedly stressed America’s commitment to Israel’s security. With the appointment of Secretary of State John Kerry, the US president is expected to once again try and bring the Israelis and Palestinians back to the negotiating table.

Yana Korobko, vice president of the Institute of Peace and Development, speaks to Fair Observer’s Manuel Langendorf and Abul-Hasanat Siddique about Western double standards, socioeconomic development in North Africa and the role of the EU, and the future of the US-Israeli relationship.

Yana Korobko: The politics of double standards is the basis of the American strategy in the Middle East, which works for its own benefits. In what concerns Syria, the American administration is silent because any harsh gesture from the side of the White House will lead to a new splash of violence in the region, which Israel does not wish for; neither does it want the instability, which it might trigger off in the neighborhood.

Washington’s reaction concerning the protests in Yemen was only demonstrated through the prism of what they might mean for the fight against Al-Qaeda in the Arabian Peninsula and Saudi Arabia.

Concerning the Kingdom of Saudi Arabia, it does not matter whether protests occur there from time to time. The US does not intend to pay any public attention to them as long as Riyadh remains America’s strongest ally in the Gulf. Therefore, Washington adopts individual behavior in each given case and is not reluctant to change the existing status quo in the Gulf if that is in America’s favor.

Manuel Langendorf: Considering the rise to power of Islamist movements in countries like Egypt and Tunisia, how do you think this phenomenon has influenced Arab-Western relations?

Korobko: With the rise to power of Islamist governments, their relations with the West have become, indeed, ambivalent. On the one hand, the region is strategically important for Washington, not only in terms of economic interests, but also taking in account that Israel, a vital US ally, is located there. On the other hand, such US political partners like Egypt and Tunisia are playing a contradictory role now. And Washington has to deal with a religious dictatorship in accordance to a scenario that is different from what the one they expected.

Under these circumstances, the US is developing a new politics in the Middle East with new rules and diplomatic tactics, which would be more precautious, as the dialogue with the Islamist governments is grounded on a strong base of traditional Islam; that is what the majority of the Arab populations voted for. Therefore, if Washington aspires to promote democracy in the Middle East, it should not do so regardless of the religious factor but, first and foremost, by taking it into primary consideration, as it is becoming much more influential in the US-Arab relations than ever before.

Langendorf: Has the rise of Islamist movements, in several cases replacing secular dictatorships, influenced interfaith dialogue between Western states and the region?

Korobko: The interfaith dialogue has always been a strong tool for developing tolerance between the different continents on the cultural level, as its chief principle is comprehension despite all differences: religious, social, and political. Consequently, the interfaith dialogue will go on regardless of the current policy-making transformations. It’s between people, and not political programs.

Langendorf: In light of energy imports, and legal and illegal immigration from North Africa, what is your view on the EU’s past policies over these issues?

Korobko: For many years, Europe has been interested in the immigrant’s labor, which is beneficial both for the employers and the employees. That is why, until recent times, EU countries have not been actively opposing the flows of immigrant workers coming from outside of Europe. However, with the adoption of the so-called “New Integration Strategy in the Mediterranean” (1992), the immigration policies of European states have become governed by quotas. The quotas reduced the annual number of migrants and due to security reasons, this figure only increased over time.

The threats to security became real at different levels. It is, on the one hand, the protection of the host states and their citizens, and on the other hand, the safety of migrants (low salaries, long working hours, and no health assurances). Nowadays, European migration legislation is facing new realities, which cannot be easily and completely subordinated only to regulation by single states. They need a complex approach within international cooperation.

Siddique: What should the EU do to help encourage socioeconomic reform in North Africa? Will genuine change in the Maghreb help reduce migration to Southern Europe?

Korobko: Probably the only state in North Africa that has been able to offer both stability and introduce some light manifestations of democratic reforms in return for EU aid is Morocco. With its European outlook and close economic and commercial connection with EU states, Rabat highly values its privileged status with Brussels. To ensure this cooperation continues fulfilling the common objectives, it should be adjusted to the most urgent needs of the Moroccan society, notably:

Certainly, the aid given by the EU to Morocco has accelerated the reforms inside the kingdom. So far, however, they have been implemented with extremely small steps, or not implemented at all. Only if a serious attitude is adapted towards democratization will there be a reduction in migration flows coming from the African continent to the EU, and thus the regional situation will stabilize.

Langendorf: Regarding the United States, how do you see the future of US-Israeli relations?

Korobko: The recent visit of President Obama to the Middle East commenced with a reassuring speech concerning the unchanging role of Israel as a firm and solid partner of the US in the region. This means that the previous policy line of US-Israeli relations is likely to continue during Obama’s second term. With help of America’s good services, negotiations between Israel and Palestine have a chance to be renewed. However, the main question is not the reopening of talks, but their effectiveness. Sometimes, the whole negotiation process serves only one aim: the adjournment of the final resolution if it serves the purposes of the involved parties. As history shows, preserving the whole Middle East in suspense gives Washington an uncommon advantage of controlling and dominating every single pulsation of the region.

*[Note: This article was produced in partnership with the Foreign Policy Association.]