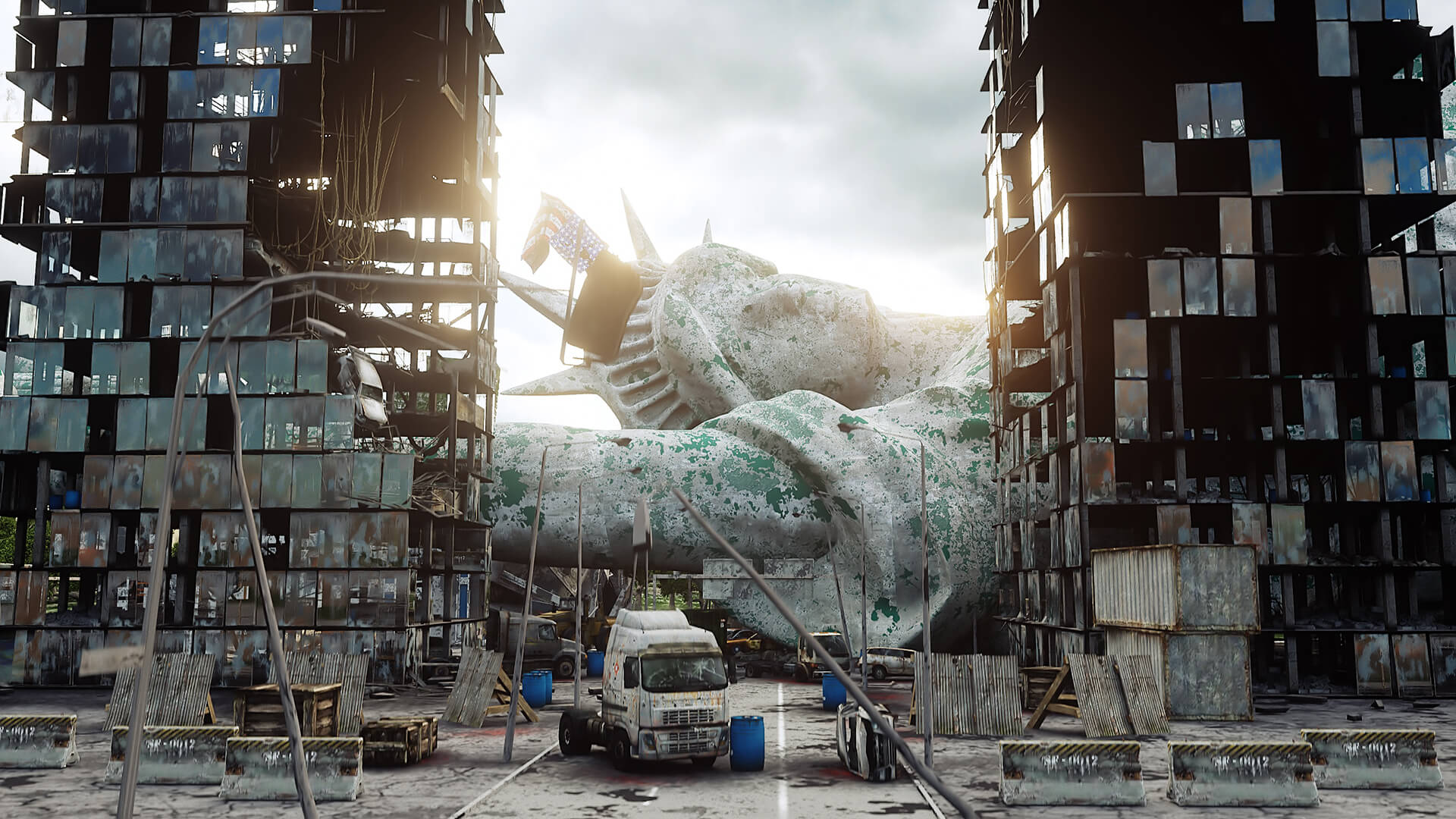 It is hard to know where to begin when examining the failure of America’s self-touted democracy to nurture the foundational institutions central to functioning federal governance. Wherever you begin, the end point is pretty grim.  As if to underscore this point, America again has come face-to-face in Buffalo, NY with the carnage wrought by a heavily armed racist participating in a glorious “fantasy” scripted by others without any meaningful federal institutional response beyond the myopic notion that “justice” will be done.

This comes in the wake of the US Supreme Court leak that gave powerful voice to a new American tableau that looks even worse than those threatening days before Roe v Wade. In this instance, a cabal of right-wing religious extremist justices now have the gavel and are speaking loudly for a national minority who really believe that men can do whatever they want with their bodies, but women cannot.  And further, that conception produces a life force that must be protected at all costs, except by controlling access to firearms that kill a whole bunch of those blessed fetuses after their flight from the womb, and sometimes while still there.

There is more. Cornerstones of the American myth are under attack and at risk every day now, without a pause.  And there is no meaningful federal institutional response. The Congress can’t function at all.  The executive branch is slow to respond to anything and so compromised by political angst that half measures are the best that can be hoped for. And the US Supreme Court has become a politicized intellectual cesspool providing incomprehensible legal guidance from the 18th century to a nation trying to grapple with the 21st century.

Voting rights are diminished by blatantly racist gerrymandering and erased by new laws making it even harder for the urban poor and people of color to vote. These blatantly anti-democratic measures go unchecked by federal legislation that should unequivocally declare that this will not continue.  Massive campaign “contributions” to promote the very worst that we can be serve to corrupt America’s politics without any meaningful federal response that unequivocally declares that this will not continue.

Guns that kill and maim our people are everywhere in America. It is estimated that 40% of the guns in the world in civilian hands are in the US, which accounts for about 4% of the world’s population.  Think about that for a minute.  Then, be outraged that there has been no meaningful federal institutional response that unequivocally declares that this will not continue, not after Sandy Hook, and not after Buffalo, and not after all the dead bodies in between. And now, nineteen elementary school children in gun nut Texas will be added to the list with no change in sight.

Then think about the less obvious but maybe even more tragic consequences of the failure of federal institutions to confront the preventable and the perverse: poverty and hunger, even war, access to meaningful healthcare and mental health services, dangerous and puerile censorship of the harmless while harmful hatred goes unchecked, a threatening social media framework, cruel and inhumane immigration policies, and the rampant integration of religious dogma into every nook and cranny of our lives. And this is the short list.

Even those of us committed to good governance as a prerequisite to meeting collective societal needs have had enough.  Sadly, their numbers are now added to the numbers of those who have been conditioned for decades to believe that government cannot function effectively to meet their needs and that any effort to do so is part of some conspiracy to undermine the very rights that dedicated public servants are sworn to protect.

Yet it would be hard to deny that a significant element of the anger directed toward government institutions and those responsible for their operations is centered on a palpable sense that government just isn’t working to meet the challenges it was intended to meet.  At the federal level, the absence of a constructive response to so much that is so wrong shouts loudly to many that the last best institutional responders have fallen silent.

While much of the focus on institutional dysfunction is properly centered on recent history and present-day failures, the problem is compounded by its foundational document, the US Constitution.  It was ratified in 1788, and the initial amendments that contain the Bill of Rights were ratified in 1791.  This was long before there were things like corporations, fetal ultrasound, ghost guns, the internet, and nuclear weapons.  Mar-a-Lago wasn’t even a lago back then.  And each Black person in the land was somehow counted as 3/5 of a White person.  Shamefully, these and other historical anomalies have served to provide fertile ground for an ahistorical perspective spewed by those who lust for a purified White Christian world.

The danger to America’s institutions presented by these new Christian soldiers is that their message of fear and doom is so polluting the body politic that it seems to have paralyzed those who know better and who serve in positions bearing the responsibility for generating a meaningful government response.  That paralysis has taken the form of an unwillingness or incapacity to engage with a singular message that will stridently raise the required warning flags and will penetrate the huge cave of the willfully ignorant.  Unfortunately, fear is a far more persuasive motivator than “OK, here is the real problem, now let’s sit down and try to figure out a meaningful solution.”

No one seems able to fully articulate that you cannot be afraid of losing something unless you believe you had it in the first place. And that is where the right-wing politicians, preachers, and their media allies enter the narrative by callously trafficking in the delusion of a past American greatness that is threatened by progressives, liberals, academics, scientists, Democrats, Black and Brown people, Jews and Muslims.  To be clear and unequivocal about this, the new Christian soldiers are most afraid of awakening to find that they are fighting so hard to recapture a moment that never existed.

The Death of Checks and Balances

In the face of this tyranny of a fading minority, the American majority is left to fight back with flawed institutions that have been delegitimized and undermined for decades.  The institutional checks and balances envisioned in the late 18th century seem to check nothing and balance nothing in the early 21st century.

No other foundational federal institution better illustrates this than the US Supreme Court.  There was a day not so long ago when the Supreme Court seemed to be the institution that codified the checks and balances inherent in America’s constitutional framework.  For much of the second half of the 20th century, a majority of the justices seemed to comprehend that a modern nation that was grappling with racial and social justice issues, entrenched poverty, income and educational inequality, and vast healthcare deficits needed a rule of law with a conscience.  It seemed to work for a while.

Now even that institution has participated in its own undoing by operating within a culture of secrecy with no ethical code at its core, and by studiously denying any collective accountability for the impact of their pronouncements.  To make matters even worse, the present Supreme Court is dominated by an obvious right-wing cohort that came to be through the perfidy of a majority of the justices and their political allies.  Blatant lies from individual justices about their adherence to fundamental legal principles served to conceal their adherence to a right-wing social agenda that got them noticed in the first place and now further delegitimizes the Court.

So, in the end, if it seems that modern-day rule of law principles and the sense of social justice that they can spawn are gone and that America’s federal institutions now produce more darkness than light, there may be nowhere left to go to seek that more perfect union.  However, one thing should be certain in this void – that the time for intellectual curiosity about the fate of the nation is long gone.  Those who care about any of this have to find the courage to make those who don’t care very uncomfortable with their complacency.