There are two kinds of people — and not just people. Rather, I should say, there are two kinds of sensory styles. This applies to animals, even to Roombas. Knowing those styles helps fix some common arguments. Think of sensory processing in general — the making sense of the world we do for a living — as something like the acoustic processing done by a submarine. Submarines “ping.” Everybody knows about those sudden burst of sculpted sound — PINNGGGgggg… — a submarine emits in order to listen for echoes. Echo-location works like a strobe light: Send out a burst of energy, wait for the return signal. Provide your own illumination, interfere with the world, let it know you’re there.

But not all submarines work that way. Some of them listen to their environment silently, emitting no energy and offering no clue of their existence (“silent running”). It’s slow work, and requires constant attention, but you’re much less likely to be attacked, since others may not notice you’re there. As strategic choices, listeners listen, and pingers ping, but only for the most part, because those two strategies are just opposite poles of the general strategy of pinging. Pinging means interfering with the world in order to learn about it. Pinging interferes a lot, listening only a little.

Pinging is best for reorientation, because it’s intermittent —like turning on a room light briefly, to remind yourself how far away the door is, or rocking a dial or a physical object back and forth, to locate the “edges” of its balance to infer where the middle is. Pinging is algorithmically efficient; one burst can illuminate a lot, and dividing the task of sensing into separate output and input phases simplifies computation. Unfortunately, the pinging approach is so efficient that it becomes addictive.

Once you become a pinger, in practical terms it’s hard to go back. For an inveterate pinger (like me), the longer I go without a ping to orient myself, the more uncertain and at sea I feel. It’s hard to wait long enough to gather the long-term data which might ultimately improve my listening skills. So even now, I’m still a pinger.

Listening is mostly used when pings are expensive, as in crowded classrooms and interaction with higher-status people. Listening specializes in highly sensitive, long-duration data acquisition, both during calibration and during actual use — which are often the same thing. Listening best applies to social situations, felt in 3D space, because the body’s physical and emotional resonances can coherently accumulate extended signals from other people. Listeners go more by “feel” than rules.

My wife is a classic listener, from a family of storytellers who value listening. Her nervous system has always been finely tuned and sensitive, so she could listen well and could anticipate people’s moods. Furthermore, when she was growing up, people who looked like her were supposed to keep their mouths shut; in her grade-school classrooms, even her excellent questions were punished. So she learned to pay close attention to other people, and not to interfere. Now, as an adult, she follows well, goes with the flow and avoids sudden changes. And she became an expert on stories.

I grew up the opposite of her. My internal senses were dull, so I constantly reaffirmed my body’s position in space by wiggling it a little bit (still do). Because I couldn’t feel my own moods much, I couldn’t cue in to others’ either, so I relied on words and rules-of-thumb (as opposed to instincts) to know what I should do and what comes next in social settings. With those sensory deficits, of course I specialized not in understanding people but in physical things outside me. And, like both my parents, I became a physicist. My instinct is not to feel, but to think things through in physical terms.

Perhaps because of that, I became an inveterate pinger. I have sometimes bragged that I asked half the questions in any classroom. (Basically, I was proud of interrupting gracefully, and my teachers thanked me for it). I frequently guess story spoilers, I kick the toilet when it sticks, I fiddle with stuff to make it work. I also crack my knuckles (a kind of inside-ping) and wiggle in my chair instead of sitting still. Because our culture doesn’t mind if well-spoken white men like me ask lots of questions and interfere, my pinging didn’t cause me problems that I knew about.

Now, imagine a typical argument between me and my wife. She wants to vent about her stressful day. I do want to hear, so I keep interrupting to make sure I get details right, which interrupts her flow. Or if, at a critical point in her emotional narrative, I ask a point-of-fact question, she might take it personally. And so on. My pinging disrupts her continuous flow of listening and narrativizing, while her socially-oriented reactions confound the answers I need. She needs to know how things will unfold over time. I need to know how they are now.

Each one of us is using a battle-tested, lifelong cognitive strategy, and both strategies are equally legitimate, but the two strategies are incompatible in certain situations. She needs continuity, while I need to know I haven’t lost the thread. We’re both right.

Pinging vs. listening is an example of breaking down personal styles into informative but value-neutral terms informed by the mathematical theory of information flow. Another example might be physical thinkers vs. social thinkers, which overlaps with pinging vs. listening quite a bit. The key is that it’s much easier to get along with people if you respect their differing styles of gathering information.

*[Big tech has done an excellent job telling us about itself. This column, dubbed Tech Turncoat Truths, or 3T, goes beyond the hype, exploring how digital technology affects human minds and bodies. The picture isn’t pretty, but we don’t need pretty pictures. We need to see the truth of what we’re doing to ourselves.] 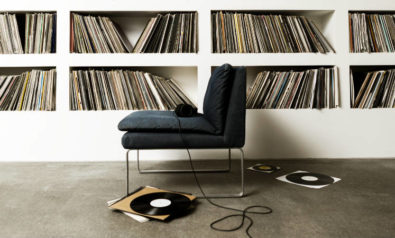 Why Sad Songs Say So Much