The COVID-19 pandemic has begun to deconstruct and remodel the accepted behaviors of our culture as nations across the globe endeavor to artificially redefine everyday rules of their social life. For the first time since perhaps the arrival of the Black Death in 14th-century Europe, an entire civilization is attempting to understand and assimilate a new set of rules. This time, scientific and medical experts as well as government agencies will be providing the rules rather than religious authorities.

COVID-19: What Italy and the US Are Doing Wrong

The experts have given the new behavioral guidelines a name and provided a definition. Writing for The Atlantic, technology reporter Kaitlyn Tiffany explores the quandary facing all conscientious citizens now saddled with the newly minted civic responsibility of practicing “social distancing.” She calls it “a term that epidemiologists are using to refer to a conscious effort to reduce close contact between people and hopefully stymie community transmission of the virus.”

The attempt to reduce one’s life to the point of resembling living in a private bubble, in other words, realizing in a radical form the extreme individualism modern civilization has always encouraged as a theoretical ideal but never enforced because it is fundamentally inhuman

Another definition of social distancing might simply be antisocial protectionism. Tiffany points to stark contradictions in the advice being poured out from different sources, to say nothing of the hesitations and bluster of the Trump administration. She writes: “On Reddit, young people are signing a ‘self-quarantine manifesto’ while, at a press conference, the mayor of New York City is telling people to continue visiting bars and restaurants as normal, to protect the local economy.” In a column for The New York Times, Dr. Eric Klinenberg draws attention to the fact that people, especially in a time of crisis, have a very real need for solidarity rather than isolation.

If New York City, with good reason, has expressed fear for its local consumer economy, there can be little doubt that the current panic, aggravated by mixed signals from the Trump administration, will have a serious effect on the US way of life. Perceived as an inconvenience today, if the crisis endures it will have deep consequences for a national economy built on consumer spending, which represents more than 70% of the economy.

As the number of acknowledged cases of contamination rises and the trend continues with no visibility as to when it may end, the reflex of social distancing may endure. The longer it lasts the more likely it will be that it produces a transformative effect on the economy and the economic culture. In this dramatic election year for the US, that means it will also produce serious political consequences, both short-term and long-term.

While the response to the threat constitutes a massive boon for pharmaceutical companies and some technology firms, it risks devastating the sector of services that employs the most people, the ones who are the most vulnerable when the economy coughs and their already precarious employment status becomes desperate. With no safety net, in contrast with Europe, and no matter what emergency measures are put in place, the anguish and suffering may be massive. By virtue of its scale, for the first time the damage due to the very structure of today’s economy, rife with inequality, may for the first time become visible to the average American, who has hitherto been lulled to sleep by the delicate equilibrium of subsistence earnings paired with a lifestyle of frenetic consumption.

As with every crisis, most people think of the challenge as weathering the storm. They expect a return to normal in some foreseeable future, even if it means some environmental degradation. But normal may never be the same this time around. The new post-pandemic normal may prove to be very different from the relative stability that the political operators achieved thanks to the bailouts and quantitative easing after the financial crisis of 2008. If there is a bailout this time, it will have to be more than free credit to the banks. It’s the whole premise of the consumer society that is at stake this time, not just homeownership. Is it possible to bail out a failed and crippled way of life?

French President Emmanuel Macron, of all people, seems to detect the beginning of a calling into question of the entire consumerist free market system, without giving much of a sense of what might replace it. But at this point, that would be asking too much even of Nostradamus himself. In the meantime, the Western world will be experiencing the equivalent of a global general strike against principally the blameless pillars of the consumer economy itself as the ones most to blame — the corporate oligarchy, including big pharma, the global monopolies, finance and the political elite — observes the panic from its ivory tower or its bunkers in the Dakota desert. Until, that is, the ideology that supports them begins to collapse before their very eyes.

It may be helpful to contrast the idea of social distancing with the concept of “social distance,” which thinkers in the fields of sociology, anthropology and intercultural science have attempted to define. In one tradition that dates back to the beginning of the 20th century, Georg Simmel explored the concept in an essay titled, “The Stranger.” Simmel looked at how relations play out between different categories of people with or without direct social connections to understand how they may or may not interact. His concept of social distance relates to the perception of class difference and the phenomenon of social exclusion. Simmel distinguished different categories of people such as the “stranger,” “the outsider” and the “wanderer” to account for people who in different ways are excluded from intimacy.

Edward T. Hall, the founder of modern intercultural theory addressed the question of social distance from a different angle. He famously invented what has become known as the science of proxemics, which studies how cultures manage space — in particular, the amount of interpersonal space that people spontaneously expect or require in social relationships or different types of communication situations. The rules vary from culture to culture, but the principles apply everywhere. He sought to understand how every culture defines, in strictly spatial terms, four types of distance: intimate, personal, social and public.

Today’s question of “social distancing,” as a measure of hygiene, focuses on how we manage intimate space and how we protect ourselves in public space. Although authorities invoke it today as a response to a threat to public health, it could be seen as a specific, enforced aggravation of a long-term trend that, back in 1981, was baptized “cocooning” (aka “the stay-at-home syndrome”) by marketing guru Faith Popcorn. The trend became visible at the beginning of Ronald Reagan’s presidency in the US and, in some ways, corresponded to the ideological shift of the Reagan-Thatcher era. It correlated with a dissolution of the notion of social solidarity that had existed in previous eras. It brought with it an increased focus on extreme individualism. The cocooning culture defined the family and the household as an isolated social unit that offered a protective bubble to protect people from a society that was increasingly seen as hostile and inhospitable.

The cocooning reflex combined the notions of fear — the perception of the outside world as threatening — and convenience, thanks to the evolving domestic technology that promised to provide everything one needs within one’s own home. At the same time, people with means in the US began opting to live in gated communities, creating safe, artificial social bubbles that, unlike the traditional neighborhood, rarely encouraged neighborly relations.

The rise of the internet comforted this trend. Amazon and other tech giants profited from it. People still had to go elsewhere to work, but they could always come back to their cocoon. Not everyone had that luxury, especially urban dwellers. But the gated community and high-security residence came to represent an ideal that canceled and replaced the ideal of a cozy neighborhood home with a white picket fence that dominated US domestic culture for most of the 20th century.

The enforced cocooning brought on by the coronavirus pandemic may, because of its disruptive effect on the sense of community, end up shaking people out of their complacency and making them aware of the importance of a variety of social relations that ideally should be more than merely pragmatic and superficial. It could turn out to be a powerful pitch — to use a marketing term — for social solidarity, especially if what Macron referred to as the “flaws” of the free market system to confront the threats society is faced with become apparent to the average Jane and Joe.

In the meantime, most people are hoping that this menace to their tranquility and economic well-being will blow over within weeks, or at worst months. Our constrained cocoons will then be ready to reconnect with the outside world. But if, as seems likely, the enforced cocooning lasts even a couple of months, the radical effect it has already begun having on personal consumption, combined with the growing effect on everyone’s economic security, should lead to a new perception of how our political economy works, or rather fails to work.

This could lead to some much-needed reflection on how it might work if it was based on human needs, rather than the unique objective of increasing production and consumption. Society could then focus on making life on earth not just sustainable but worth living, with a freedom similar to that of a butterfly that has shed its cocoon. 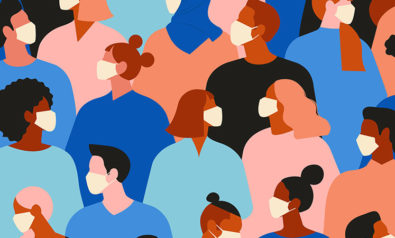 Will the Coronavirus Kill Globalization? 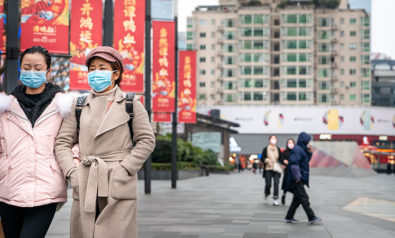