“Sustainable development” is a claim to virtue. The word “development” used in this sense is a lie.

The word “develop” means “to grow,” “to progress,” “to become fuller, more advanced.” Some synonyms are “evolution, unfolding, maturation, ripeness,” and some antonyms are “deterioration, disintegration.” And here is a real usage example from a dictionary: “Drama reached its highest development in the plays of Shakespeare.”

Think about it. You’re going about your life, when someone comes along who wants to make money by “developing” the “natural resources” that are your body. He’s going to harvest your organs for transplantation, your bones for fertilizer, your flesh for food.

You might respond, “Hey, I was using that heart, those lungs.”

One sign of intelligence is the ability to recognize patterns. We industrialized humans think we’re smarter than everybody else. So I’m going to lay out a pattern, and let’s see if we can recognize it in less than 6,000 years.

When you think of Iraq, is the first thing that you think of cedar forests so thick that sunlight never reaches the ground? That’s what Iraq was like before the beginnings of this culture. One of the first written myths of this culture was of Gilgamesh deforesting the hills and valleys of what is now Iraq to build great cities.

Oh, sorry, I guess he wasn’t deforesting the region; he was “developing” the natural resources.

Much of the Arabian Peninsula was oak savannah, until these “resources” were “developed” for export. The Near East was once heavily forested. Remember the cedars of Lebanon? They still have one on their flag. North Africa was heavily forested. Those forests were destroyed—I mean “sustainably developed”—to make the Egyptian and Phoenician navies.

Greece was heavily forested. Ancient Greek philosophers complained that deforestation was harming water quality. I’m sure the bureaucrats at the Ancient Department of Greek Sustainable Development responded that they would need to study the problem for a few years to make sure there really is a correlation.

Do you know why there are no penguins in the northern hemisphere? There used to be. They were called great auks. A French explorer commented that there were so many on one island that every ship in France could be loaded and it would not make a dent. But that “resource” was “developed” and the last great auk was killed—oops, I mean “developed”—in the 19th century.

Every biological indicator is going in the wrong direction.

Here’s another test of our intelligence: Name any natural community—or ecosystem, if you prefer mechanistic language—that has been “managed” for extraction, or that has been “developed”—by which is meant industrialized—that has not been significantly harmed on its own terms.

You can’t, because managing for extraction is harmful, as we would all recognize if, as in the example above, it happened to us. We would all recognize that if an occupying army came into your home and took your food and a couple of your relatives that your family would suffer.

So why, with all the world at stake, do we suddenly get so stupid when it comes to “sustainable development”? Why do we have such a hard time understanding that if you steal from or otherwise harm a natural community, that natural community will suffer harm?

In the 1830s, a pro-slavery philosopher argued that slavery was necessary because without it the slave owners would not have the “comforts or elegancies” upon which they had become so accustomed.

The same is true here, when we extend the understanding of slavery to the natural world, as this culture attempts to enslave—read, “develop,” oops, “sustainably develop”—more and more of the living planet.

In short, we’re allowing the world to be killed so we can have access to ice cream 24/7. And we call it sustainable development so we can feel good about ourselves as we do it. 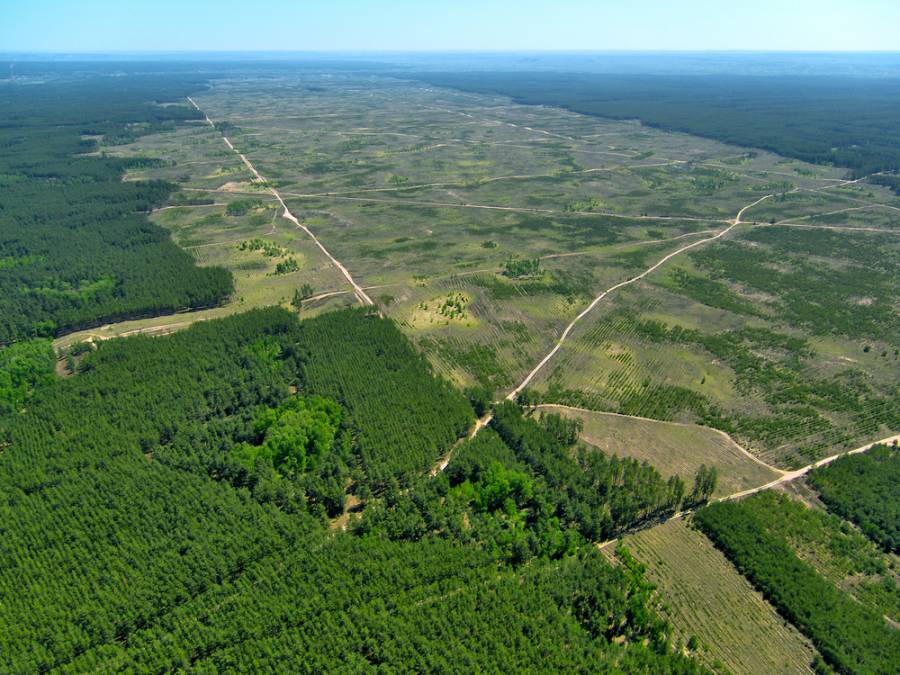 A story may help make this clear.

Before the big Rio Earth Summit in 1992 (and wasn’t that a success! Things are so much better now, right?), the US ambassador to the United Nations sent out high level assistants across the country, ostensibly to get public input as to what should be the US position at the summit. One of the meetings was in Spokane, Washington, where I lived at the time. The hall was packed, and the line of people to speak snaked to the back of the building. Person after person testified that “sustainable development” was a sham, and that it was just an excuse to continue killing the world.

They pointed out that the problem is not humanity, but this culture, and they begged the US representative to listen to and take a lead from Indigenous peoples the world over who lived well and lived truly sustainably on their lands, without “development.” (In fact, they lived well and sustainably because they never industrialized.) They pointed out that “development” inevitably forces both Indigenous peoples and subsistence farmers off their lands. Person after person pointed out precisely what I’m saying in this article.

Here’s the problem: The word “sustainable” has since been coopted to not mean “helping the real world to sustain,” as in playing your proper role in participating in a larger community that includes your non-human neighbors, but instead to mean “sustaining this exploitative lifestyle.”

Think about it: What do all of the so-called solutions to global warming have in common? It’s simple: They all take industrial capitalism (and the colonialism on which it’s based) as a given, and the natural world as that which must conform to industrial capitalism. This is insane, in terms of being out of touch with physical reality.

The real world must be primary, with whatever social system you are talking about being secondary and dependent, because without a real world, you don’t have any social system whatsoever. “Sustainable development” is a scam and a claim to virtue because it is attempting to sustain this exploitative, destructive culture, not the world on which it depends.

And that will never work.

So many Indigenous people have said to me that the first and most important thing we must do is decolonize our hearts and minds. Part of what they’ve told me is that we must break our identification with this culture, and identify instead with the real world, the physical world, the living Earth that is our only home.

I want to tell one final story. In his book, The Nazi Doctors, Robert Jay Lifton asked how it was that men who had taken the Hippocratic Oath could work in Nazi death camps. He found that many of the doctors cared deeply for the health of the inmates and would do everything in their power to protect them. They’d give them an extra scrap of potato. They’d hide them from selection officers who were going to kill them. They’d put them in the infirmary and let them rest for a day. They’d do everything they could, except the most important thing of all. They wouldn’t question the existence of the death camp itself. They wouldn’t question working the inmates to death, starving them to death, poisoning them to death. And this failure to question the larger framing conditions led these doctors to actively participate in the atrocities.

With all the world at stake, it’s not good enough for us to paste the word sustainable in front of the deceptive word development when what we really mean is “continue this exploitative and destructive way of life a little bit longer.” That destroys the words sustainable and development and, of course, contributes to the ongoing destruction of the world. It wastes time we do not have.

A Love Letter From #EarthToParis… Narrated by Morgan Freeman
/nas/wp/www/sites/fairobserver/wp-content/uploads/2015/12/Climate-Change1.jpg

What Do Past Patterns of Climate Change Tell Us?
/nas/wp/www/sites/fairobserver/wp-content/uploads/2015/11/Climate-Change.jpg