One of the many difficulties in understanding global warming and climate change, and their impacts, is that they are complicated. Climate change is not linear over time and it is inconsistent across different regions.

As I explain in my book, “A Climate for Denial,” the nonlinear characteristics of climate change mean that, over time, its impacts will not take place in a linear fashion. For example, heatwaves will not increase in frequency by, say, one every year. Likewise, the average global temperature will not rise by one degree each year. In addition, the effects will not be the same everywhere around the world, not even around the same region.

When COVID-19 and Hurricanes Collide

Another problem in understanding climate change is that it is — and will be — difficult to predict accurately due to the many variables involved. Global greenhouse gas emissions will depend on things like economic growth, population growth, technological changes, solar activity and climate feedback loops. This is why highly-sophisticated predictive models that, in fact, include a huge array of variables provide an upper case, a lower case and the most likely case.

What we know with a high degree of certainty is that the planet is getting hotter. Given the levels of greenhouse gases in the atmosphere and our current emissions, it will continue to get hotter. But the increase in heat and intensity of heatwaves, as well as their frequency, will not occur equally and consistently throughout the year or around the globe. And to complicate the impact on our lives, some people will be more prepared and more resilient to the increased heat than others.

Human populations, including the infrastructure and services that support them as well as the ecosystems, have inbuilt resilience and can, to varying degrees, adapt to climate change.  But those with less adaptive capacity may suffer dramatically.

We also know, with a great degree of certainty, that some areas of the world will experience more heatwaves and, in particular, intense ones with significantly higher temperatures. This could be exasperated with increased humidity due to more rainfall.

How will this hypothetical scenario affect people and the essential services they receive?  Let’s take a simplistic look at a few groups of people in this hypothetical situation and how heatwaves will impact them and the infrastructure in their region:

b) House-bound people, including the elderly and dependent people, living in places without air conditioning

Office buildings and their mechanical services (air conditioning, elevators, security systems) will most likely cope with prolonged higher temperatures. But some air-conditioning units may struggle to attain comfort levels, some systems may stop operating completely and air conditioning will also consume significantly higher levels of energy.

The regional area infrastructure will also probably cope with higher temperatures, although the electricity supply may struggle, depending on the level of peak energy supply availability. This is because the hotter temperatures will mean a higher demand for power and, therefore, put more stress on the power supply system. There may be blackouts when the supply of electricity is not able to cope.

In times of prolonged high temperatures, other infrastructures are known to suffer, including public transport. Rail lines have been known to buckle, resulting in prolonged delays in services and disruption to the national economy. Blackouts may also result in water supply and communication system failures, again disrupting the economy.

The workers will, therefore, cope depending on the likelihood of blackouts. In which case, they will have to work under conditions with no air conditioning and possible heat stress.

Children in schools where there is no air conditioning may close due to the risks of heat stress on children. Outside activities for children may be stopped.

This scenario will increase the likelihood of wildfires. In turn, this will pose risks to lives and livelihoods and could result in property damage, and it will put more pressure on emergency services such as firefighting and health care.

This group is more vulnerable than Group A, mainly because those affected are less resilient and less able to cope with extreme conditions. If there is no air conditioning in a home or facility with physically or mentally disabled, dependent and elderly people, these individuals are particularly vulnerable to heat stress.

Less developed and remote communities who lack the support services and backup systems are also more vulnerable, particularly when they are unable to cope with extended hot days. Heat stress on the elderly and other vulnerable people may put additional stress on the health care system, which could struggle to keep up with the additional demand.

As with Group A, power, water and communication systems may also be affected. And there is an increased risk of wildfires breaking out, with added pressure on emergency services as well.

People who work in the field and in unprotected external areas are particularly vulnerable to extreme temperatures and prolonged heatwaves. Working conditions significantly affect those who work outside, and people may need to take additional measures and protective strategies against heatwaves. These include taking more breaks, working fewer hours and, in extreme cases, stopping work altogether.

Farmers are used to working outside and for long hours in the field. But heatwaves put pressure on their crop, their machinery and, of course, their own health and safety. Prolonged, extreme heat and heatwaves may significantly affect their production, livestock and crop yields. This is particularly the case in the event of coincident drought, which is another impact of climate change.

As heatwaves increase, more pressure is put on health services and workers due to increased admissions, particularly of elderly and vulnerable people who are less able to cope with heat stress. If remote areas are struck with heatwaves and this leads to increased demand for health services, depending on their capacity, these facilities may not be able to operate effectively. This situation is particularly the case in underdeveloped countries and regions of the world.

In sum, as the climate continues to change and extreme weather events such as heatwaves increase in frequency and severity, all the above conditions will worsen. Adaptive capacity and resilience are terms often used in climate change risk assessments. Infrastructure, essential services and our own bodies have inbuilt resilience and adaptive capacity. Yet these may be stretched to their limits when heatwaves occur, particularly in places and on populations that are less resilient, especially as heatwaves are expected to become more extreme and prolonged. 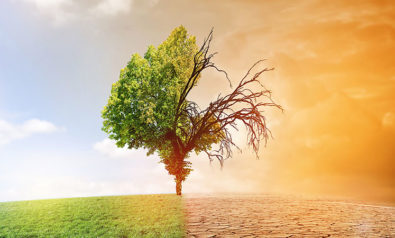