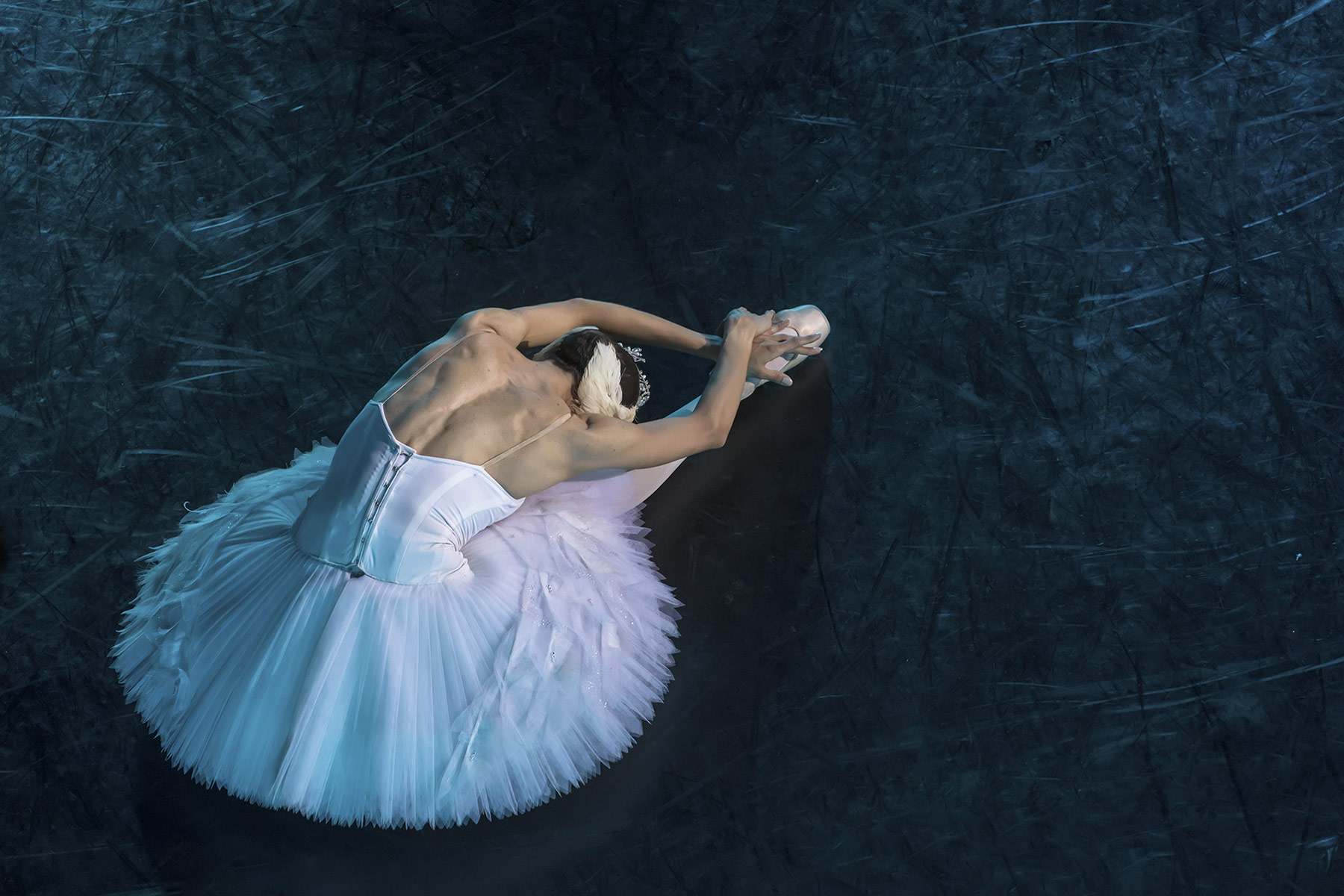 The soft power of Russian ballet survived the two world wars, Joseph Stalin’s terror and Holodomor, the Cold War boycotts, the fall of the Soviet Union and the difficult transition to 21st-century capitalism. Ballet has served as a visiting card for Russia for centuries and even helped to soften the hearts of political adversaries like the United States. It is, arguably, one of Russia’s most sophisticated cultural soft-power tools.

Now, with the war in Ukraine, that soft power is facing a major crisis. Since Russia launched its invasion at the end of February, many ballet performances are being canceled around the world: The Bolshoi Ballet’s summer season at London’s Royal Opera House, “Swan Lake” by the Royal Moscow Ballet at the Helix Theatre in Dublin and concerts by the Vienna Philharmonic — led by the Russian conductor and Vladimir Putin’s supporter, Valery Gergiev — at the Carnegie Hall in New York have all been called off.

The Danish minister of culture, Ane Halsboe-Jorgensen, suggested the Musikhuset Aarhus, Scandinavia’s largest concert hall, should cancel Russian National Ballet’s performance. The UK tour by the Russian State Ballet of Siberia has been interrupted as a stand against the war.

Because of the conflict, former dancers and Ukraine natives Darya Fedotova and Sergiy Mykhaylov changed the name of their school from the School of Russian Ballet to the International Ballet of Florida. Tyneside Cinema, in Newcastle, canceled the screenings of Bolshoi Ballet’s “Swan Lake” and “Pharaoh’s Daughter.” A Japanese ballerina with the Russian Ballet Theater in Moscow, Masayo Kondo, is dancing for peace during a tour in the US, but a restaurant refused to serve lunch to the cast when they learned they were from Russia.

The boycotts may just be starting, bringing financial loss to Russia’s cultural establishment amid already crippling economic sanctions. But the damage to Russian ballet’s soft power can be even more everlasting, taking years to recover. After all, soft power is the ability to seduce rather than coerce, strengthen a nation’s image abroad and thus enhance cultural and diplomatic relations as well as tourism. It takes years, even decades, to cultivate the tradition, like Hollywood in the US, the carnival in Brazil and MAG (manga, anime, games) culture in Japan.

Both the USSR and Russia could never compete with truly global pop-culture exports emanating from America. There were no music icons to rival Michael Jackson, blockbusters like “Star Wars” or TV stars like Oprah. The country produced incredible cultural products, especially when it came to film. Sergei Eisenstein’s “Battleship Potemkin” (1925), Andrei Tarkovsky’s sci-fi “Solaris” (1972) and Alexander Sokurov’s “Russian Arc” (2002) are masterpieces that earned Russian cinema a place in every art book and class around the world, but they were far from being international hits.

Russian composers like Igor Stravinski and Alexander Scriabin, and writers such as Fyodor Dostoyevsky and Lev Tolstoy, similarly occupy high positions in the world’s literary and music canons but can hardly be described as widely popular, especially in the Anglophone cultural sphere.

Ballet, on the other hand, has always been a lucrative export for Russia. In her book “Swans of the Kremlin,” Christina Ezrahi looks at how Russian ballet, whose tradition stretches back to the imperial court as a celebration of the Romanov dynasty, with ballet schools established during the rule of Empress Anna Ioannovna in the 18th century, has grabbed the world’s attention. Following the 1917 revolution, Anatoly Lunacharsky luckily convinced Vladimir Lenin not to destroy the Bolshoi because peasants and workers flocked to the theater despite the chaos of the civil war years.

Although theaters like the Bolshoi may appear as a microcosmos of liberal art, in Russia’s history, ballet has always had close ties with political power. Stalin was an opera aficionado and used to arrive at the Bolshoi by a secret entrance and watch alone. After the signing of the non-aggression pact with Germany in 1939, he took Hitler’s foreign minister Joachim von Ribbentrop to see Galina Ulanova dance at the Bolshoi.

During the Soviet era, ballet served as a visiting card for Russian diplomats. In “American-Soviet Cultural Diplomacy,” Cadra Peterson McDaniel demonstrates how the Kremlin used the Bolshoi ballets as a means of cultural exchange, weaving communist ideas such as collective ownership of the means of production and the elimination of income inequality discretely into the storylines along with pre-revolutionary dance aesthetics during 1959 US tour.

Other artists were also crucial for projecting Soviet cultural soft power at the time, like the world-famous cellist and conductor Mstislav Rostropovich and his wife, the opera singer Galina Vishnevskaya. But they faced tough competition from Tchaikovsky’s ballet hits like “The Nutcracker.”

Ballet served a purpose during the putsch of 1991, which signaled the beginning of the Soviet Union’s collapse, when instead of announcing the attempted coup against Mikhail Gorbachev, “Swan Lake” was broadcast on national television on a loop. The export of Russian ballet increased during the Yeltsin years as the Bolshoi had to tour to compensate for an unstable economy while enjoying the opening up of the country after decades behind the Iron Curtain.

President Putin’s two decades in power may have allowed for economic recovery, but Russian ballet suffered from scandals like the acid attack on Bolshoi’s artistic director Sergei Filin in 2013. The scandal garnered the attention of the international media following stories about the toxic culture at the Bolshoi and its close affiliation with the Kremlin, tarnishing Russian ballet’s appeal.

The connection between Bolshoi and the power structure in Russia is so vivid that artists were directly affected as the result of the invasion of Ukraine. Tugan Sokhiev, the chief conductor at the Bolshoi, resigned after coming under pressure to condemn Russian actions. Fearing that musicians are becoming “victims of so-called ‘cancel culture,’” he worried he “will be soon asked to choose between Tchaikovsky, Stravinsky, Shostakovich and Beethoven, Brahms, Debussy.” Two Bolshoi dancers, Brazilian David Motta Soares and Italian Jacopo Tissi, also resigned, citing solidarity with Ukraine.

As someone who appears to favor the outdoors, sports and guns, it’s unlikely that President Putin will see ballet as a priority to be shielded from Western sanctions and boycotts. There is, in fact, little he could do, especially given the current restrictions on travel in and out of the country. There is, of course, the question of whether boycotts of the arts are justified, considering that other countries have a history of political intervention, like China in Hong Kong or the US in Iraq, but their cultural products were not banned from movie theaters and art exhibitions.

It may find itself caught in another historic moment, but Russian ballet’s cultural soft power survived the tsars, revolutions, famine, dictatorship and the fall of empires. In the end, dance will likely outlast autocracy. 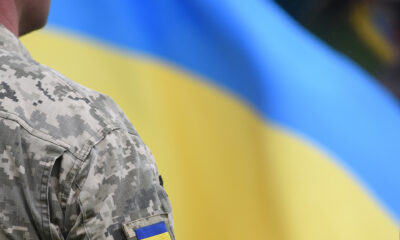