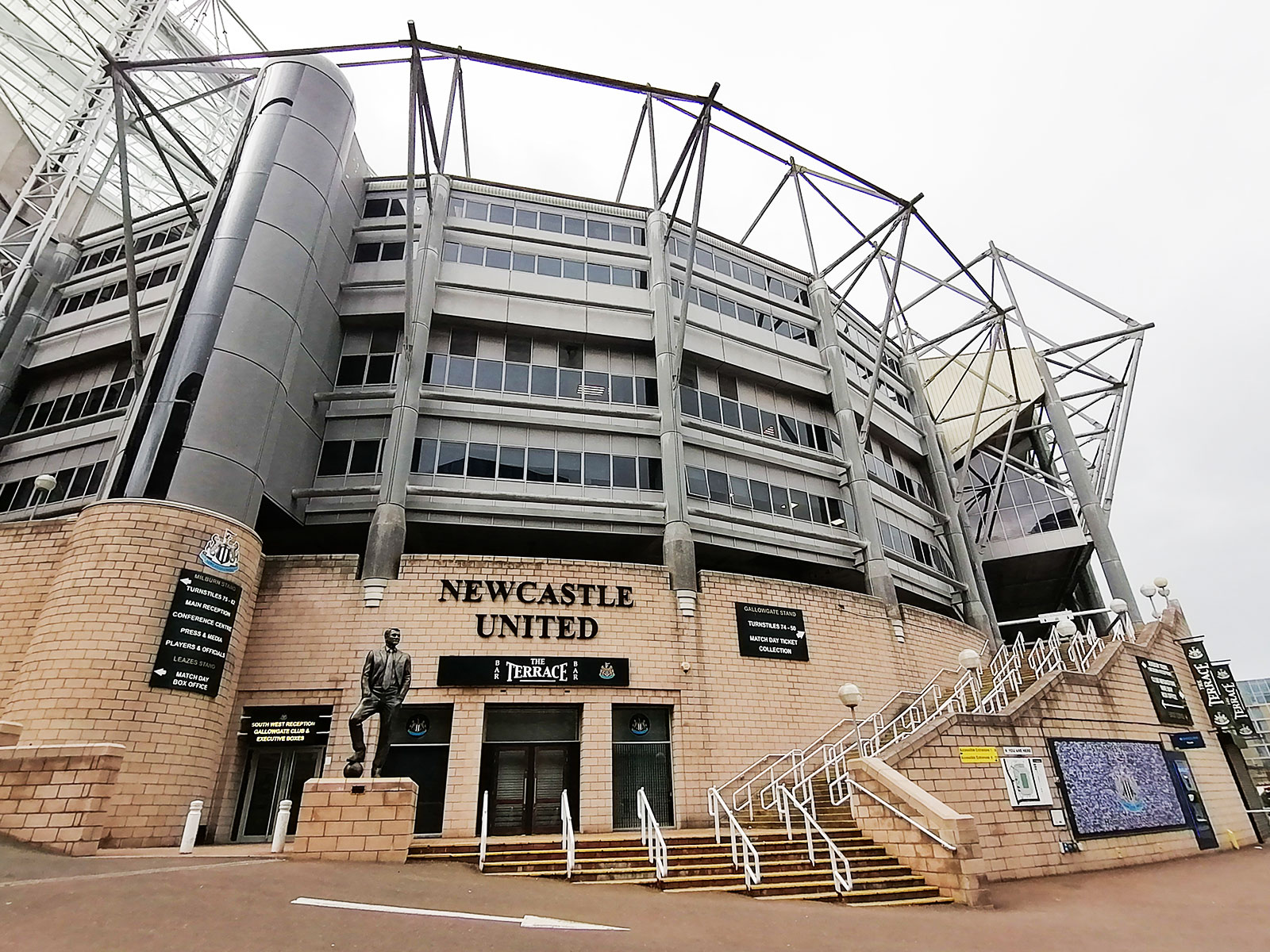 Are we freighting football with too much responsibility? After all, the game we recognize today started as a frivolous competition for English factory workers to let off steam at the end of a miserable, emotionally unrewarding and ungratifying work week in the 19th century. Yet this futile ball game in which 11 grown men try to direct an inflated ball in one direction while another 11 try to stop them, has, over the course of the 20th century, acquired planetary acclaim.

The Relationship Between Football and Populism

There’s not a country on earth where citizens will not know the name of at least three football teams, wear club regalia and watch, play and bet on football. Around 3.5 billion people viewed some part of the 2018 World Cup, with 1.12 billion watching at least one minute, according to FIFA, the sport’s global governing organization.

With over 3.5 billion fans, football’s faithful following is comparable to that of a major religion, like Christianity (2.38 billion) or Islam (1.9 billion). But, unlike religions, football, like other sports, isn’t expected to make pronouncements on torture, gay rights, labor exploitation, freedom of expression or any of the other moral issues of the day. The trouble is, it does.

Football’s moral philosophy seems clear. FIFA expressed its two key directives in its policy document, “Making Football Truly Global: The Vision 2020-2023” as “Fight against Racism and all other forms of discrimination” and “Protect human rights.” To demonstrate its sincerity, in June 2020, England’s Premier League approved football players taking the knee before games to showcase a committed opposition to racism in the aftermath of the killing of George Floyd by police in the US.

Other major sports organizations, including the International Olympic Committee (IOC) and the National Football League (NFL) in the US, steadfastly refused to allow the gesture, recognizing it would compromise the traditional stance on political and partisan actions. Football was one of the first to adopt a “commonsense approach” to the controversial ritual and remains an enthusiastic supporter despite objections, some from black players. Other sports have grudgingly accepted kneeling, largely as a result of pressure from players. The NFL finally changed its position last year and the IOC prior to the Tokyo Olympics.

Football continued without compunction. “We remain resolutely committed to our singular objective of eradicating racial prejudice wherever it exists, to bring about a global society of inclusion, respect and equal opportunities for all,” a statement affirmed in August. “The Premier League will continue to work with our clubs, players and football partners to bring about tangible change to remove inequality from our game.” Yet two recent developments suggest that practical considerations complicate principles.

Eighteen months ago, an attempted takeover of Newcastle United by a consortium collapsed after the Premier League decided that, had the deal been allowed to proceed, Saudi Arabia would have effectively become the club’s owner. The Gulf state would be subject to the league’s owners’ and directors’ test. Failure to pass the test means potential buyers can be stopped if they’ve committed an act in a foreign jurisdiction that would be considered a criminal offense in the UK — even if the act is not illegal in their home territory.

The original potential buyers pulled out, the popular assumption at the time being the killing of Washington Post journalist Jamal Khashoggi at the Saudi consulate in Istanbul in 2018. It was widely reported that Saudi agents were responsible for the murder.

However, it appeared that the real stumbling block was Saudi Arabia’s apparent involvement in a television network that streamed Premier League games. Qatar-based broadcaster beIN Sports had spent billions to acquire territorial rights for the games, but Saudis “permanently cancelled” its license and suspended its channels in 2017. Reduced to basics, the deal stalled because of money. So, when the dispute between Qatar and Saudi was settled earlier this year, the deal was revived.

The completed sale of Newcastle United Football Club to the Saudi Public Investment Fund, which lists as its chair Crown Prince Mohammed bin Salman, who is widely thought responsible for ordering Khashoggi’s murder, has horrified and disgusted critics. Amnesty International has stated that Saudi authorities are “sportswashing their appalling human rights record with the glamour of top-flight football.” Sportswashing is an attempt by odious political regimes to clean up their international image by associating themselves with prestigious sporting events or competitions.

Amnesty claims that Saudi Arabia regularly violates human rights in various ways, including using torture as punishment, banning freedom of speech and expression, and subjugating women. The Saudi government denies claims of rights abuses and claims its apparent excesses are designed with national security in mind. Presumably, the Premier League — and perhaps football generally — accepts this.

The timing of the takeover is hardly propitious. In Saudi Arabia, women have essentially the same legal status as children, having to rely on husbands or male relatives to make nearly all decisions in their lives. Much of the workspaces in the territory are gender-segregated. In 2019, Saudi was rated the fourth most dangerous place in the world for gay travelers by Forbes magazine, which reported that the country “implements the death penalty for consensual homosexuality under their interpretation of Sharia law.”

Football ostensibly lauds freedom, equality and open-mindedness while indulging insular regimes that encourage practices it officially denounces. In the 1970s, Commonwealth countries prohibited sporting contacts with South Africa, then operating a constitutional racial segregation policy known as apartheid. The Gleneagles Agreement, as it was called, effectively closed down South African sport. Non-Commonwealth nations showed solidarity by supporting the ban, which was relaxed only at the end of apartheid in 1990. No one has dared suggest a comparable ban on the Gulf states.

Freedom or Dereliction of Duty?

But this isn’t the only dilemma football has faced in recent weeks.

West Bromwich Albion player Callum Robinson is among an unknown but probably sizeable number of professional football players who are opting not to get vaccinated against COVID-19. Robinson is worthy of attention because he’s contracted COVID twice, survived (obviously) and presumably decided the dangers of the virus are less significant than the potential side effects of the vaccine.

He isn’t, as far as we know, a QAnon affiliate, doesn’t subscribe to any known conspiracy theory and has not aligned himself with anti-vaccination campaigners. He enjoys the support of some teammates and not others. He is 26 and is probably expecting to play competitively for another 10 years, maybe more, if he avoids injury. His decision has drawn the ire of Liverpool manager Jurgen Klopp, who says that footballers “are role models in society.” Currently, 16 to 29-year-olds are the most vaccine-hesitant demographic in the UK and elsewhere; Klopp is 54.

We can only use educated guesswork to divine the reasons so many professional athletes choose not to vaccinate. Their bodies are, in a sense, the tools of their trade and they have presumably made a cost-benefit calculation, recognizing that, given the brevity of the development and trialing of the vaccine compared to other pharmaceuticals, the medium-to-long-term side effects are unknown and, without the benefit of a time machine, unknowable at present.

In the US, the National Basketball Association (NBA), when confronted with a similarly reluctant percentage of players, compelled them to get vaccinated or face suspension without pay. The order worked: 95% of NBA players are now vaccinated. Football’s governing organizations have eschewed this approach. FIFA instead issued a statement saying that “We encourage Covid-19 vaccinations.”

Depending on your perspective, this is either an admirable defense of freedom of choice or dereliction of duty. Those who believe the latter are maddened by football’s indecision, if that’s what it is. They consider public health a priority over personal freedom.

If FIFA had blocked the Newcastle takeover, people would probably accuse football of favoritism, pointing to the Manchester and Paris ownerships. If it followed the NBA mandate, people would accuse it of restricting freedom of choice. But football’s own piety invites these criticisms. Other sports see no need to make their moral philosophy so public, at least not as ostentatiously or in such a self-congratulatory manner. Why does football?

No sport has struggled so painfully and for so long with racism, nor has any sport witnessed spectator violence on a comparable scale or duration. Bribery and corruption were once commonplace in boxing, but a 2015 expose revealed football’s epic history of venality and led to the removal of FIFA president Joseph “Sepp” Blatter.

Child abuse was once thought to exist only in gymnastics, but a recent investigation found that it has been in football since at least the 1970s. Australia’s female players have recently complained of a” culture of sexual harassment.”

No other sport in history has been as popular as football or, alas, manifested so many pernicious, multiform wrongdoings. Football constantly struggles to map its way out of a maze of malevolence. Its visible attempt to occupy the moral high ground is perhaps football’s attempt to place itself above suspicion, making its morality clear to everyone. It’s a bold move, but one with serious drawbacks. It puts football’s hypocrisy in plain sight.

[Ellis Cashmore is a co-editor of Studying Football.]