Rally against COVID-19 measures outside the federal parliament in Bern, Switzerland, 6/27/2020 © Keitma / Shutterstock

Germany is a federation, and so are Belgium, Spain and Austria. Switzerland is a confederation — something of a federation plus. Federations consist of relatively autonomous entities, like states in the US, states and territories in Australia, provinces in Canada, Länder in Germany and Austria, cantons in Switzerland. Until recently, these institutional arrangements posed relatively few problems. With COVID-19, this has very much changed.

Take the case of Switzerland, which is composed of 26 cantons, 20 of them so-called full cantons and six half-cantons (for historical, particularly religious reasons). In the west of the country, people speak predominantly French, in parts of the south, Italian, and the rest, German. Cantons differ not only in terms of language spoken but also in territorial size and the size of their populations.

Zürich and Bern have relatively large populations, while some of the cantons in the center of the country — what in German is called Innerschweiz, or inner Switzerland — have populations equivalent to small or medium-size cities. Yet no matter the size, they all jealously guard their autonomous position within the confederation, particularly with regard to the federal government.

The Swiss are proud of their political heritage and treasure their independence, particularly with respect to the European Union. They insist that Switzerland represents an idiosyncratic case in Western Europe, whose particularities, above all its system of direct democracy, does not jibe well with the rest of Europe. This largely explains why the Swiss have repeatedly rejected membership in the European Union even if they have agreed to adopt a large part of EU regulations — a logical consequence of the fact that the EU represents Switzerland’s most important market.

Until a few days ago, COVID-19 appeared to have been contained in Switzerland. And then, suddenly, the number of daily infection rates skyrocketed, a surge “as steep as the Alps” as the German newsmagazine Der Spiegel put it. At the beginning of the pandemic, infection rates were particularly dramatic in the Italian-speaking canton of Ticino and in the French-speaking cantons of Geneva and Vaud. All of these cantons have a large number of daily commuters from neighboring Italy and France. This time, it is the German-speaking cantons that are most dramatically affected — and not because of German commuters. The sudden upsurge in infections has primarily been the result of the way different cantons have dealt with the COVID-19 crisis.

I speak from experience. We live in the canton of Vaud in the southwestern part of Switzerland. Here, the cantonal authorities mandated the wearing of masks in stores, supermarkets and enclosed public spaces in early summer. It took the canton of Geneva a few more weeks to follow suit, but it did. A few weeks ago, when I had to go to Switzerland’s capital, Bern, I thought I was in a different world. Most people appeared not to have heard that there was a pandemic. At the train station, in supermarkets and in other public spaces I was among the few customers to wear a mask.

The situation was similar in other German-speaking cantons, including Zürich, Switzerland’s largest city. The reason: Different cantons had different security regulations, and these regulations were considerably laxer in Bern than in Geneva. It was not until the dramatic upsurge in infections a few days ago that the federal government issued new directives, making it mandatory to wear masks throughout the country. Too little, too late. In the meantime, the German government has declared all of Switzerland a risk zone, dissuading German tourists from visiting the country.

This, of course, is highly ironic. In recent days, Germany has gone from one record to the next when it comes to new infections. As has been the case in Switzerland, the second wave is sweeping over Germany, setting off alarm bells. And, once again, federalism has proven to be a serious impediment to confronting the challenges posed by the pandemic. Already in early September, a report by Germany’s foreign broadcasting service Deutsche Welle noted that every state was “doing its own thing.” It went even further, raising the question of whether or not federalism was impeding “sweeping measures in the pandemic.”

The answer was a tentative yes, which by now has been fully confirmed, given the massive increase in new infections. A few days ago, a text on the website of Die Tagesschau, Germany’s premier TV news broadcaster, raised the question of whether or not federalism had reached its limits. Ironically enough, it was Bavaria’s strongman, Markus Söder, who came out in favor of strengthening the position of the federal government. Bavaria has traditionally been most adamant in defending its autonomy within the federal republic. With COVID-19, taboos are no longer taboo, or so it seems.

The reality is that, in a federation, the constituent entities maintain a significant amount of autonomy, just like any sovereign state, but, at the same time, there are no borders between the units. People are free to travel from a lax unit to a strict one without controls, in the process potentially infecting people. This seems to have been the case in Switzerland in the wake of a yodeling musical staged before 600 spectators in the canton of Schwyz, which turned into a superspreader event. As a result, Schwyz, one of these miniature cantons in Innerschweiz, experienced a huge surge in infections that threatened to overburden the local health services. The spectators carried the virus to other cantons in the region, contributing to the upsurge in infections.

Australia has shown that there is an alternative, even if a draconian one. In March, Tasmania closed its borders to the mainland, requiring “all non-essential travellers arriving in the island state … to self-isolate for 14 days, with penalties for those who did not comply of up to six months in jail or a fine of up to $16,800.” A prominent victim of these drastic measures was Australia’s leading radical right-wing populist, Pauline Hanson, who was unable to join her daughter who she suspected had caught the virus.

In July, Victoria and New South Wales, Australia’s two most populous states, closed the border between them, following a dramatic outbreak of COVID-19 in Melbourne, Victoria’s capital. Until today, the border is closed to most people entering from Victoria, with severe penalties for those illegally into New South Wales without a permit, with fines up to $11,000 or jail time for up to six months, or both.

So far, such drastic measures seem inconceivable in Western Europe. Closing the borders with neighboring states, as happened in the spring, poses no problem, even among EU members. Closing the border between different Länder or cantons is an entirely different thing. The only alternative is binding measures issued by the federal government to be followed throughout the federation. This is what the Swiss federal government belatedly did. But in Germany, there is still great hesitation. Given the seriousness of the situation, this seems rather odd, to put it mildly.

Yet the Germans might have a point. After all, things are hardly any better in France. And France is a unitary state where the government exercises a large measure of control over the country’s subordinate regions and departments. At the same time, however, the French government has been in a position to introduce drastic measures such as a curfew throughout France to curb the advance of the virus. In Germany and Switzerland, at least for the moment, this is unthinkable.

There is, of course, a third alternative where people actually learn to act responsibly. It is ultimately up to the individual to reduce the risk of infection as much as possible. Unfortunately these days, individual responsibility and a sense of the common good beyond narrow self-interest appears to be in short supply. Blame it on the deleterious influence of neo-liberalism that has drilled into all of us that everybody is on their own, that there is no such thing as a society, as Margaret Thatcher told us, and that we have to learn to live with risks. COVID-19 has exposed the dark side of this ethos without, as it appears so far, having taught us a lesson. 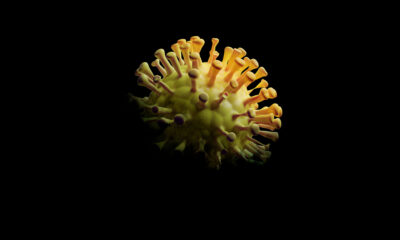 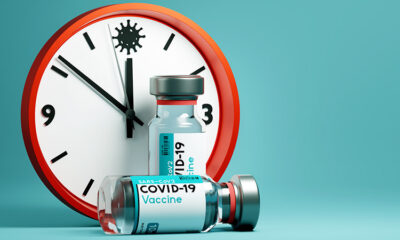