The COVID-19 pandemic coincides with a worldwide movement toward more authoritarianism and fewer civil liberties — a movement that has been going on for some time, well before the outbreak. Populism, conspiracy theories, disinformation campaigns, right-wing political extremism and the rise of autocratic governments are not a new phenomenon. However, their convolution and combined speed, intensity and scale are unprecedented and have already led to a significant decline of legitimacy in governance, threatening the very foundation of modern human civilization.

In this unfolding drama, COVID-19 has led to a new act, if not a climax — one that appears to catalyze and accelerate the preexisting tendencies toward undoing the social contract on which liberal democracies and other forms of legitimate governance are based.

This raises the important question of whether the social contract that is at the heart of any form of governance is threatened during periods of crises, such as the COVID-19 pandemic or global climate change. As such, the current pandemic may be instructive in revealing whether the tenets of legitimacy and democracy will be under siege when the fallouts from climate change intensify. Or, more generally, do existential threats provide rationales (or even legitimacy) for breaking the longstanding, implicit social contract between citizens and their government in constitutional states? Can we expect a slide toward more autocratic tendencies within existing constitutional democracies as future threats become real? These questions are universal but particularly timely as the US election rapidly approaches.

The Shift to the Extreme Right

A global drift toward authoritarianism has been occurring ever since Francis Fukuyama proclaimed “the end of history” after the Berlin Wall fell and the Soviet Union imploded. Throughout history, the transformation to autocratic governance was typically accomplished via a coup or revolution, whereas the contemporary shift to more authoritarian rule has occurred incrementally and within liberal democracies. Indeed, many of the institutionalized pillars of legitimacy and democracy — free speech and press, open and fair elections, independent and apolitical justice systems, and personal freedoms — today are assailed as unnecessary or counterproductive, and as relics of a system that is to be turned over, as was the case in Germany in 1933.

The last two decades’ shift to the extreme right has been accomplished by a fateful coupling of authoritarian predispositions with populism and anti-science narratives, two other 21st-century phenomena. This fusion has had a myriad of implications for countries’ pandemic responses and bodes poorly for responsiveness to climate change outcomes.

As we noted in an earlier op-ed on Fair Observer, that fusion has contributed to the rejection or selective acceptance of scientific “facts,” adding confusion to public health measures taken by governments, particularly in the US, the UK and Brazil. Also, the nationalistic predispositions associated with populism have driven a wedge in efforts to build global collective action on COVID-19.

This distrust in international organizations such as the World Health Organization or international vaccine coalitions has created a globally fragmented response to the coronavirus. Finally, populism encourages an “us-versus-them” mentality when the converse is required for a pandemic or any global existential threat — that is, a unity of spirit and collaboration based on trust, not transactional benefits.

Whether democratic or authoritarian or hybrid systems respond more effectively to the COVID-19 pandemic is not simple to say because few “pure” forms of either are left. Today, the categorization of a regime is not binary, for the delineation between “democratic” and “authoritarian” is progressively blurred. Some countries appear to have recently drifted away from democratic governance toward more authoritarian and, in some cases, anti-democratic rule.

Despite the absence of empirical data, a recent study of COVID-19 tests per 1,000 people observed that both select European countries and states like Qatar and Bahrain exhibited high levels of performance. The poor showing of some “democratic” nations like the US and Brazil may be because — as Ivan Krastev notes in a recent New York Times article — Donald Trump and Jair Bolsonaro have been unable to expand their authority during the crisis as they have not leveraged the fear of the pandemic in ways they did in the context of immigration or political unrest. In both countries, COVID-19 has been viewed more as a threat to maintaining their political base than to public health.

Responses to catastrophic events such as the pandemic, Hurricane Katrina, the Lisbon earthquake or the California wildfires do require strong executive leadership — wearing masks, banking the levees, evacuating neighborhoods, etc., actions that save lives. But where is the line between strong executive action and autocratic governance? The tipping point along that line is when the fundamentals of the social contract become breached.

It is possible to have executive authority in disruptive events and temper a government’s inclination to extend its power in a non-legitimate manner. Germany has been praised for its response to COVID-19, which has been surprisingly decentralized and led by federal states and counties. Allaying fears of creeping authoritarianism requires that a government’s crisis behaviors be continuously checked on the basis of seven fundamental political norms:

4) Creating mechanisms for effective input from legitimate citizen groups such as citizen councils, nonprofits like the Red Cross, faith communities and neighborhood associations to create democratic involvement in resilience building

6) Relying on trusted sources of information and evidence-based science for all decision-making, and vigorously disavowing incorrect and biased information

Major global crises, including the COVID-19 pandemic and climate change, pose enormous risks and challenges to humanity, but they also come with opportunities. This is the hour for a renewal of the idea of the social contract — an agreement of everyone with everyone to protect and further the common good — based on the principles of truth, equality, shared responsibility, solidarity and legitimacy.

The concept of the social contract is foundational to governance. Yet it is seen by some as antiquated, not in alignment with contemporary neoliberal ideology where contractual terms are transactional in nature. Still, the relationships between citizens and governments that sustain legitimate and democratic tenets through times of crises — be it a pandemic or the risks associated with climate change — require an understanding of the “glue” that binds us together as nations.

Much will depend on our ability to reestablish that “glue.” If we succeed, the outcome will be a more resilient society. If we fail, chaos will reign. 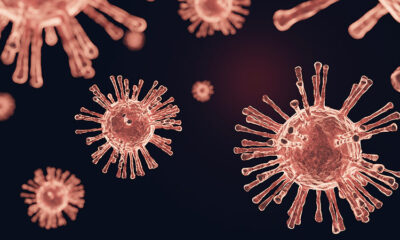 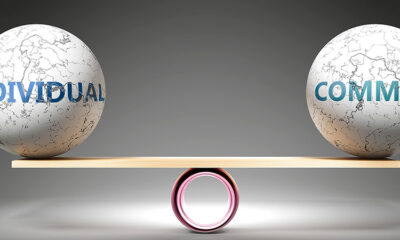 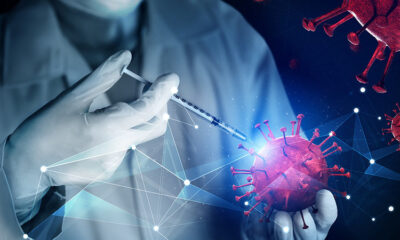