At the climax of a “60 Minutes” segment on ethical technology design, host Anderson Cooper demanded suspiciously of Tristan Harris, “Is technology neutral?”

While Cooper made the word “neutral” seem like a loaded challenge, the truth is that “neutral” is as neutral a word as can be. “Neutral” is mathematical and boring because neutrality is a statistical concept, most famously embraced by scientists as a freedom from bias, as in “unbiased data.” Scientists know only unbiased data can be trusted for anything.

Most people assume technology is in fact neutral. Technology is a tool, the thinking goes, and we use tools; they don’t use us. The tool is fixed, and we’re in control. But a tool just lying there doesn’t make it neutral. In fact, if the supposedly neutral tools we use every day, and especially the tools we use to gather and understand data, if those tools weren’t neutral, we might have a problem.

Fortunately, this is easy to decide, since neutrality simply describes the comparison baseline for detecting bias one way or another. To be neutral to a human evolved for nature, objects must be natural: sticks, stones, animals and such. And that means all stones, not just the very sharpest or prettiest, and especially not stones we’ve specially sharpened or painted by hand. Those might have started in nature, but by selecting them based on certain characteristics, and then changing those characteristics still further, we made the statistical profile completely different. That was the whole point. We don’t want just nature-made stuff. We want tools.

Natural shapes are pretty simple, like rocks, trees, moss or clouds. But there are lots of different ways to be un-natural: extra sharp, extra durable, extra interesting, or extra big or small or strong or hot or bright. And now silicon crystals make things extra fast, and phosphor or germanium screens make tiny colored flickers extra coordinated, like a moving picture. That gives millions of ways to be unnatural, every second.

We like these things, and make lots of them, because they’re unnatural in especially useful or interesting ways. We have lots of them for good reasons. Sometimes what seems good at first becomes bad later on, as with lead waterpipes or smoking tobacco.

Some things please us consciously and damage us slowly and unconsciously, while some things are the other way around. The only guarantee is that all of them exist outside the natural realm of sticks and stones on purpose in ways that matter to us. By construction and by default, technology is absolutely not neutral. Neutrality is actually hard to achieve.

So in this neutral statistical sense, even stone tools aren’t neutral, and they took a million years to evolve. Writing evolved over thousands of years, books over hundreds. Smartphones change every year, their operating systems change every few months, and the numerical algorithms running inside the apps change in milliseconds, with senses more uncanny and reflexes far faster than your own. That amazing “functionality” was optimized by thousands of years of human craft, by hundreds of years of economic organization, and by decades and terabytes of user data processed exactly for the purpose of making your eyes move and your fingers click. That’s as far from neutral as one could imagine.

In fact, that principle is true for any form of technology anywhere, from stone tools and cave paintings to atomic power and virtual reality: it makes you want more. To succeed, a technology has to prove useful somehow, which means it influences human behavior to manufacture more of it.

That’s the acid test of whether any technology shrinks or grows. And that test applies not just to solid manufactured objects that influence people, but to abstractions which do so even more strongly: the laws of mathematics,  physics, legal systems and contracts, economic cooperation and money, medicine, politics and culture. Whether such systems and beliefs are “true” or not, they are certainly capable of influencing human attitudes and behavior. And the more persuasive they are, the less neutral and the more capable of hiding long-term damage. 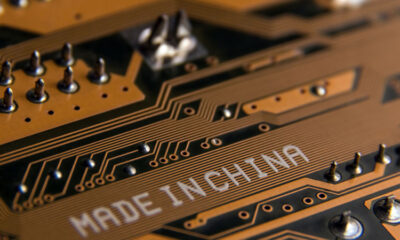