Something radical happened in the 18th century. A motley band of Europeans that had begun to develop a bustling civilization along a stretch of the North American Atlantic coast decided that their way of thinking and doing business no longer needed to reflect European habits and modes of reasoning. At the same time, they claimed the honor of representing the most advanced version of human accomplishment, an idea Europeans had been promoting to the rest of the world for more than two centuries. They considered it a scientific truth that justified their obsession with dictating to other parts of the world the organization of their economies.

These European separatists abusively called themselves Americans, even though they occupied only a tiny patch of geography on the landmass called America that extended from the northern to the southern polar regions and separated the world’s two greatest oceans. But they needed a name identity separating them from the Europe from which they had cast off. The name they chose for their nation — United States — didn’t offer the kind of branded identity of a people that the terms English, French, Spanish, Italian, etc., gave to Europeans. And so, once political independence was achieved, “the American way of life” came into being, a way of life, nevertheless, that other Americans across the continent still refuse to identify with.

Despite integration into global networks and institutions such as NATO that consolidate the idea of a Western bloc defined essentially by its European origins and a common political and economic culture, Americans are still struggling to understand the European ways of doing things. One outstanding example is New York Times tech journalists wondering “Why Europe Is Hard on Big Tech.” In response, they offer this pertinent reflection: “The choice to regulate first is not typically how we do things in the United States. … mostly, we tend to wait for something bad to happen and then try to do something about it.”

The principle reigning at the heart of consumer culture that precludes having to think deeply about consequences when making decisions because reflection might interfere with immediate profit.

No sooner does the author, Shira Ovide, begin speculating about what the European attitude means than she proposes a value judgment implying that these Old World fuddy-duddies simply haven’t learned the rules of aggressive capitalism forged in the prosperous US: “It might be scapegoating American giants for Europe’s status as a technology backwater,” she suggests. According to Ovide’s assessment, the “clueless government bureaucrats” in Europe are victims of the unproductive habits they should learn to kick: “European authorities also repeatedly choose to risk making too many rules for technology rather than too few.” Americans understand that imposing rules on high-powered capitalism is no less than a cardinal sin.

Only after the villains have been identified can the reflection open up and a potentially positive facet of European behavior come to the fore. Ovide concedes for a moment that the “European approach might be visionary” but immediately counters this by evoking the quasi-inevitability of the worst possible outcome — that “it might kill helpful innovation in the cradle.”

Things become somewhat more complex when Ovide branches out into the sensitive question of the future of artificial intelligence (AI). She paints a slightly more positive picture of how Europe might actually be on the right track. She mentions that the Europeans’ “draft rules” on AI applications “would require companies to assess the risks of their technology, document how it makes decisions and generally be open with the public about what’s going on under the A.I. hood.” That sounds reasonable, but as usual, there is a serious vice in the program: “It will take years before any of this could become law.”

Ovide then goes on to admit that Adam Satariano — her colleague at The Times who has reported on AI — has expressed some serious reservations. “The potential harm of A.I. is very great,” he told her. So, could the Europeans be right after all? Perhaps they will save us from ourselves. But we then learn there is no need. We should just let the good times roll: “On the other hand the harms are still mostly hypothetical. How do you regulate it?” This is where Ovide tells us that the American way is “to wait for something bad to happen and then try to do something about it.” That reasoning could help to justify, for example, The New York Times’ enthusiastic approval of George W. Bush’s invasion of Iraq in 2003. Everyone knew it was risky, and some of us knew it was a lie, but you can never really appreciate the risk until something bad happens to prove there was a risk in the first place.

Bush and UK Prime Minister Tony Blair were convinced they had God on their side. When things turned truly sour, it simply showed they had possibly misinterpreted God’s will. Or perhaps it was God who had misinterpreted their will. After all, they, and not God, had the power to deploy troops. Once it turned out to be clearly a mess, it became time “to do something about it.” What did they do? Leave it to their successors to deal with. In the end, it turned into a simple fait accompli, which is the usual pattern for this type of decision-making. Once things are what they are, they can’t be anything else. That is the key to progress.

Since the birth of the nation in the late 18th century, US political culture has adopted a basic stance that essentially puts the government itself on the defensive. The governing class recognizes that government must regulate some things, but it must first prove the necessity of doing so. This rarely occurs as part of a logical process proceeding from an objective analysis of causes and consequences. Instead, it follows a pattern of pragmatic experimentation that allows an initiative to take place in the interests of its promoters before noticing that there may be cases in which some sort of brake must be applied. In such cases, the brake may turn out to be significantly more excessive, arbitrary and ill-adapted than any carefully reasoned solution would have suggested. One obvious example is the three-strikes law applied to criminal justice starting in the 1990s.

Americans see regulation as interference with natural processes. The first 10 amendments of the US Constitution — the Bill of Rights — essentially describe what cannot or must not be regulated, including guns, despite the fact that the Second Amendment stresses the importance of “a well-regulated militia.” The capitalist ethic has established the principle that regulation in the economic sphere is only tolerable when serious abuse has taken place, i.e., when something bad has happened and serious damage has been done. That is why Facebook, in its early years, vaunted its commitment to moving fast and breaking things.

Once things are broken, we can react in two ways: by applauding the creative destruction as a step forward on the perpetual road to progress or by regretting that things went so far awry. But even in the case of regret, the usual take is to let bygones be bygones. What occurs becomes ennobled by becoming a fait accompli that has permanently changed the landscape. The deviation and disruption that we might otherwise regret appear to correspond to the playing out of the laws of nature. Consequently, things that go wrong end up as a feature of normality.

One political example of the normalization of a fait accompli was visible in the news this past week when lawmakers in Washington, DC, “dismissed as ‘bizarre’ the proposal by Bernie Sanders to withhold US military aid from Israel if the government there does not moderate its treatment of Palestinians.” Withholding favors and imposing sanctions on nations that fail to meet standards promoted by the US are the bread and butter of today’s aggressive diplomacy. Calling such an initiative “bizarre” is in itself bizarre. But for the majority of lawmakers in the US there is no “choice to regulate” the human rights violations of Israel. In Israel’s case, there isn’t even the choice to criticize the government because that would be deemed anti-Semitic. 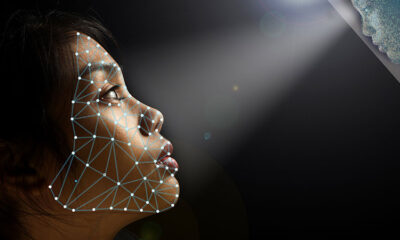 Facial Recognition and the Convenience of Injustice